As a result of good rains and high summer temperatures, problems due to intestinal roundworms are increasing. Infestations were reported at: 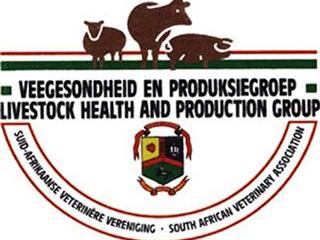 It’s predicted that sheep and goat mortalities can be expected up to May if farmers don’t do faecal egg counts and regular observations (the five point check): nose and mouth; colour of the eye mucous membrane (Famacha system); bottle jaw, condition; and dag score (diarrhoea). By using this method problems caused by internal parasites will be identified. After each treatment the efficacy of the drug used should be evaluated as resistance to most of the actives have been reported.

* Tick numbers are also increasing in many parts of the country due to favourable conditions. The repeated usage of the long acting macrocyclic lactones against blue ticks will lead to selection for resistant ticks as has happened in South America.

Blue ticks are also carriers of the red water and anaplasma parasites, and with the increase in the tick populations many red water and anaplasmosis cases were reported and numerous deaths occurred due to Asiatic red water. Discuss management and vaccination programmes with your vet to combat these diseases. Test ticks for drug resistance.

* Heartwater occurred in areas where the disease has not been report before due to game carrying infected bont ticks into the farming areas:

* Bont-legged ticks are numerous and their toxin is resposible for the many sweating disease cases reported. These ticks have long mouth parts and their bites cause lameness in sheep and wounds which lead to screwworm attacks. Cases of Congo fever in humans were reported due to these ticks carrying the virus.

* Summer environmental conditions favour the presence of flies which are carriers of numerous pathogens. One such bacteria is Moraxella, which is resposible for opthalmia. Contact your vet for a vaccination and treatment programme.

* Reports of increased numbers of midges, mosquitoes and biting flies came from certain areas. As these are vectors of some viral diseases, reports of lumpy skin disease, three day stiff sickness and blue tongue were also received.

* The venereal diseases trichomonosis and vibriosis are reported every month and cause huge economic losses. Talk to your vet about controlling these diseases and adhere strictly to a biosecurity programme.

* Red gut, blood gut and botulism were reported. All these dieases could have been prevented by following a vaccination programme.

* Calf diarrhoea is still a big problem in many beef herds. Causes include nutrition, rota and corona virus, E.coli, salmonellosis, coccidiosis and cryptosporidium.

* Snotsiekte still takes its toll every month and game farmers and cattle farmers should manage this disease as there is yet no vaccine against this viral disease.

* West Nile Fever was reported from Bronkhorstspruit. More research is needed as this disease is also a zoonosis.

Click on the link to view disease outbreaks in the your region and download the January disease report form.