The pioneer of tree lucerne in South Africa, Gavin Armstrong, warns that as the interest in this high-yield fodder crop grows, many suppliers are overcharging farmers for inferior plant material. The result may be disappointed buyers. Denene Erasmus reports. 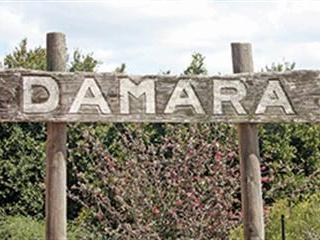 The history of tree lucerne in South Africa began in the 1980s, when Gavin Armstrong became the first farmer in the country to grow and later commercialise tagasaste or tree lucerne (Chamaecytisus palmensis). With a keen interest in sustainable farming solutions, he was impressed by the crop’s many uses: fodder for livestock, pollen for bees and nitrogen fixer, among others.
Since then, Gavin has been inundated with enquiries from farmers hoping to learn more about tagasaste.

At the same time, he has grown concerned about the high price tag of tagasaste seed and seedlings on the local market and the fact that some commercial tagasaste growers and suppliers, keen to make a quick buck, are exaggerating the benefits of the plant. In a bid to give farmers access to quality tagasaste plant material at fair prices and to prevent tagasaste from gaining a bad reputation, Gavin and his daughter Leah Armstrong have started producing seedlings from seeds harvested in the 5ha tagasaste orchard on their farm Damara near Malmesbury.

Leah is a landscape architect who worked in the UK before returning home recently to help in the family business. “We’ve been growing and propagating tagasaste for almost 30 years and have the largest and oldest tagasaste seed orchard in South Africa,” she says. “I believe we’re in a unique position to provide farmers with quality lucerne trees at affordable prices, backed by the knowledge to grow them successfully,” says Leah.

Plants produced on the farm, she explains, are hardy and adapted to the local hot, dry and windy conditions. “Our seedlings are grown only from seed produced on our own trees, selected over the years to survive here. Seedlings are inoculated with mycorrhiza and rhizobia collected from the parent plants to ensure healthy growth and maximum nitrogen-fixing capabilities.”

The nutritional value of tagasaste is similar to that of lucerne Medicago sativa (hence its name ‘tree lucerne’). The high protein content makes it a suitable fodder crop for cattle, sheep, goats, horses, chickens and game.

Realistic expectations
Leah says that tagasaste is a cost-effective, sustainable fodder crop with the potential to increase carrying capacity by up to 10 times, but cautions farmers not to expect miracles. “The lucerne tree is a wonderful tree, not a wonder tree,” she explains. “It can increase carrying capacity if managed correctly and incorporated in a sustainable farming model, but doesn’t answer all farming problems. In our experience, the trees live between 20 to 40 years in South African conditions, not up to 60 years as is often claimed. Longevity depends on how it was planted, on management, and on local soil and climatic conditions.”

Leah stresses that it is best to establish young, sturdy, bare-root plants in situ, rather than planting larger specimens grown in containers. Success of establishment depends largely on a strong root system. Tagasaste grown in pots is more susceptible to drowning, desiccation and disease, primarily because potted plants quickly become root-bound, which restricts root formation.

Transplanting small seedlings from trays can also be risky as the seedlings are vulnerable to predators such as cutworm, field mice, porcupines and wild game, and the root-to-shoot ratio can become distorted. “Such seedlings often have more leaves than roots, and this can be detrimental to the plant when transplanting it outdoors,” Leah explains. Gavin confirms that underdeveloped root systems in the young plants are the cause of many problems.

“I fear this may give tagasaste a bad reputation and that farmers will lose interest in a plant that, when propagated correctly, could contribute to sustainable fodder flow,” he says. “It’s far better to plant young trees that have already been pruned several times to help stimulate the formation and thickening of multiple stems and encourage lateral growth.

Cattle can browse on tagasaste almost continuously, as it regenerates rapidly.

We grow bare root seedlings from seeds harvested on the farm to produce healthier, hardier plants.” All seedlings from the farm are root-pruned well before lifting – to allow for healing – as part of the Armstrongs’ strategy of supplying only plants with an ideal root-to-shoot ratio.

Soil & nutrients
Like Leah, Gavin is careful to point out that tree lucerne has its limitations. “While it will grow in many areas and under most conditions, tagasaste is not suitable for cultivation in very cold areas or in waterlogged soil,” he explains. “It should be planted in well-drained soil and it won’t thrive without the necessary nutrients at planting.” Leah adds that tagasaste is ideal for intensive browsing as it regenerates swiftly. The long tap root ensures that the plant does not require irrigation once it is properly established. In addition, being a legume, it helps to rehabilitate nutrient-depleted soil by fixing nitrogen.

Management
Once again, Leah cautions against expecting too much from the plant. “Although it doesn’t need to be fertilised, it will benefit greatly if grown in well- balanced, nutrient-rich soil,” she explains. “A farmer should have the soil analysed before planting. “After analysing ours, for example, we applied modest amounts of phosphate, potassium and copper and zinc trace elements, which were lacking. “Spreading dolomitic lime and ground rock phosphate, although not necessary, is beneficial, especially in acidic soils.”

Leah adds that sufficient phosphate in the soil will help to make the leaves more palatable to animals and raise the protein levels in the foliage. Once the plants are well-established, however, they should not require fertiliser. The same is true for irrigation. “Tagasaste can be planted towards the end of winter in both summer and winter rainfall areas,” she explains. “In both cases, but especially in a summer rainfall area, planting should be done under irrigation. But once the shrubs have been properly established, they shouldn’t need further irrigation.”

Gavin Armstrong began experimenting with tagasaste in the early 1980s; Farmer’s Weekly has reported on his progress on several occasions.

Leah recommends that tagasaste be grazed or pruned regularly so that the plants remain at a height of 500mm to 700mm, depending on the type of livestock (small stock or cattle) that will browse it. “Shape the plant when it’s young and prune it to encourage the growth of multiple stems,” she suggests.

Spacing
According to Leah, planting density depends on climate and soil, the farmer’s budget and requirements, and whether the seedlings will be irrigated or not. Growing an inter-row pasture, as in agroforestry practice, is a good option, as it greatly increases total fodder production in any given area. If planting at low density, the plants can be spaced 1m apart on the row and the rows spaced 2m to 5m apart. Higher density planting should be restricted to high rainfall areas. In this case, the plants can be spaced as little as 30cm apart and inter-row spacing reduced to 2m.

Overpaying
Gavin warns farmers about being taken for a ride. “Tagasaste seeds typically sell for about 50c each, so these suppliers are charging approximately R20 000/kg, as there are roughly 42 600 seeds/kg,” he says. “Seedlings sell for up to R7 per seedling. We believe these prices are greatly inflated and farmers are paying too much for plant material that often fails to live up to expectations.”

He cautions that farmers should be equally wary of buying ‘cheap’ seedlings from suppliers who advertise the sale of plants as seedlings or ‘plugs’ in seedling trays. The trays that are used are suitable only for vegetable production, and have little hope of surviving in the field.

“We supply quality plant material at about 20c per seed,” adds Leah. “This translates to less than R8 000/kg of seed, which makes it possible for farmers to grow their own seedlings at a very reasonable cost. We also supply seedlings at R3 per seedling.”