Experience over the past two years has demonstrated the value of monitoring egg counts in manure. This is key to planning an effective worm control programme, says Dr Mac.

In the issue of 17 January 2016, this column described the types of internal parasites seen in horses, and the most effective treatment methods. Amongst these was a regular worm egg count.

READ Are worms troubling your horse?

Since then, this method has proved to be even more effective than anticipated on two farms where it was implemented. One farm is a stud of 26 horses; the other a training yard with 30 horses.

On both farms, the horses are kept outside in paddocks during the day, and stabled at night.

Initially, manure was collected from all the horses. Only roundworm eggs can be counted with faecal flotation, and all horses tested showed high levels of large and small strongyle (worm) eggs, while four horses at the training yard showed the presence of ascarid worms.

All horses were then dewormed using an ivermectin dewormer by mouth, and tested two weeks later.

Roundworm eggs had been reduced, or had disappeared in most horses tested, which was a promising sign.

Then the training yard took five manure samples from each paddock about a month after the final test to check the egg count. It was found that some paddocks had higher egg levels than others.

The stud retested all horses after three months and found much the same level of eggs as before.

This was not a controlled scientific experiment. However, when the owners of the training yard removed manure and put agricultural lime into the soil of pastures with high worm numbers, egg levels decreased.

So they rotated the paddocks, leaving one empty and treating it, resting it for a month, and so on.

The stud’s owners tested a sample of five horses every month and dewormed all horses only when there was a peak in worm egg levels.

It was discovered that these egg levels were seasonal and that it was not ideal to deworm every three months, as had been done previously.

By deworming only when worm egg levels were high, the stud eventually reached a much lower level of eggs overall.

Deworming took place mainly in September/October, at the end of December, and in April.

From these two examples, it was learnt that trying to control worms in horses by using chemical methods at fixed intervals, as often suggested in literature, was not very successful.

Treating and rotating pastures worked well, as did more frequent testing of manure to indicate seasonal variation of worm burdens.

The stud farm started using pasture management, while the training yard changed to a seasonal approach; as a result, both establishments now spend far less money on deworming medicines and all horses have gained condition.

With repeat, random testing of manure from five horses 14 days after deworming, the owners were able to select optimally effective dewormers.

Monitoring faecal egg counts does not allow for the diagnosis of tapeworms, liver fluke or bots, but it does appear to be a highly effective tool for the management of small and large strongyles and ascarids in horses. 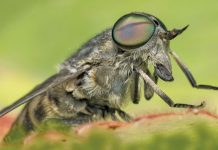 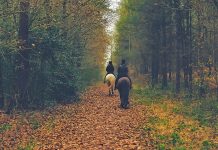 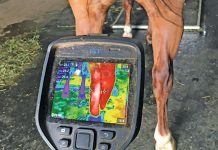