Home » Bottomline » The politics of water

Water has become a political issue and the quality of South Africa’s water resources needs to be addressed, says Prof Anthony Turton, a scientist specialising in water resource management. He spoke to Gerhard Uys. 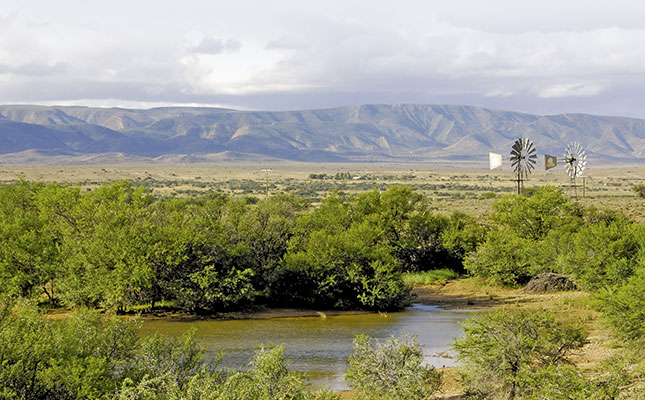 Is water a political issue in South Africa? And if so, in what way?
Water is a political issue worldwide, but it becomes more political when ideology enters the discourse. This is the case in South Africa, where the discourse focuses on historic privilege and, more specifically, the reallocation of privilege associated with the perceived inequitable way that water was allocated in the past.

READ:Zimbabwe’s dam levels on the rise

The political aspect of water is exacerbated by the socialist ideology currently articulated in the form of the National Democratic Revolution (NDR). The NDR was introduced to South Africa by the South African Communist Party (SACP) in 1928 and later adopted by the ANC.Droughts and other forms of scarcity magnify the underlying tensions in society, making water more political under such circumstances.

How do water rights play a part in land redistribution?
The current political discourse on water is based on the allocation of land according to the Native Land Act of 1913, which drove the creation of the South African Native National Congress (SANNC), the forerunner to the ANC. The SACP later became involved.
The Act saw the racially defined minority gain access to the majority of the land. Subsequent development of water law merely entrenched those land rights because it is water that makes land productive and thus valuable.

When the ANC came to power in 1994, the land issue was a burning one, so the minister for water affairs at that time, Kader Asmal, drove the initiative by nationalising water in the National Water Act (NWA) of 1998. This separated water rights from land rights, shifting the balance of power from the racially-defined minority to the racially-defined majority.

The purpose of the NWA is to drive land reform, but this is not blatantly stated in the Act. It is mentioned in the preamble and implicit in the permissions needed by the state to gain water licences. The intention was that by controlling the allocation of water, the state could then drive land reform by sending signals into the market.

How are property and water rights connected in South Africa?
Prior to the NWA of 1998, all water rights were based on the Roman Dutch principle of res publicae – public interest. However, when the National Party came to power in 1948, riparian rights were granted. This became a deviation from the res publicae principle. In effect, the water law from 1948 to 1998 resembled the US principle of private ownership of water by right that was defined by ownership of land over which the water flowed.

In 1998, this was reformed by Asmal and the res publicae principle, as found in the concept of dominus fluminus, was reinstated. This is a complex legal argument, but in effect water was nationalised and no compensation was paid. This now lies at the heart of the legal challenges faced by land owners who feel they have the right to claim for loss in value arising from the separation of water rights from land rights. Without water, land becomes relatively worthless, so there is a legal basis for claiming compensation for this loss.

You mentioned recently that one of the greatest risks in South Africa is the limitation of land ownership under the rhetorical banner of the NDR. Why?
The strange truth in South Africa is that the SACP is in a leading position with respect to both foreign and domestic policy, yet the party has never been elected in a general election. This raises a serious question about the quality of our democracy, because in effect the people now driving major policy do not have the democratic mandate to do so. This hijacked policy is in the form of the NDR, based on communist ideology and closely resembling communist rhetoric that was common in the Third World from the 1960s to the 1980s.

The NDR is about the redistribution of wealth by means of a revolution, with land and other resources nationalised. The NDR rhetoric is not based in any way on empirical data or evidence, yet it provides the ‘logic’ that land ownership must be limited to two farms per commercial farmer and no foreign ownership. This is dangerous because it ignores the reality that national food security is the result of a relatively small number of highly competent farmers (usually corporations).

By applying communist rhetoric with no evidence base to strategic policy reform, we run the real risk of a national catastrophe. This thinking deserves to be challenged by all parties, and should be led by commercial agriculture.

You say that sewage-driven eutrophication will emerge as a central and persistent problem? Why and how?
Eighty percent of our sewage works are now dysfunctional and collectively discharge around 4 000 megalitres (Ml) [one megalitre – one million litres] of water per day into our rivers and dams. Recent peer-reviewed science has shown that two-thirds of our largest 50 dams are highly enriched (eutrophic). One recent report by aquatic scientist Dr Bill Harding shows that 75% of our national water resource is eutrophic.

Eutrophication results when nutrients (phosphate and nitrate) enter the water column and feed bacteria. The bacteria we have in our water are known as Cyanobacteria, most notably of the Microcystis Aureginosa species. These produce a potent cyanotoxin known as microcystin. Levels of microcystin in our national water resource are among the highest in the world, with measured levels of 10 000µg/l to 18 000µg/l (micrograms per litre). By comparison, Finland becomes concerned at 10µg/l and the US at 60µg/l.

What is alarming is that no current technology used in South Africa removes microcystin toxins at this concentration from the water. Rising water levels, associated with El Niño events and global warming, will merely exacerbate this problem.

It is my professional opinion that microcystin toxicity is the single greatest risk facing agriculture, both commercial and informal. This means that solutions will be needed at the level of the production unit (farm or feedlot), because centralised solutions from the state are unlikely. Microcystin is a hepatotoxin, attacking the liver of animals and humans.

There is also some evidence that suggests the toxin can be passed on to food via irrigation, with the possibility of mutagenic (genetic mutations caused by damage to DNA) and carcinogenic (cancer caused by damage to the DNA) consequences. It is possible that these are being misdiagnosed by vets and doctors because a direct link to microcystin toxins in water has not yet been established.

Such research needs to be undertaken, but no funds are being made available because the government denies the existence of eutrophication as a problem. Funding and research must thus be done by private parties, if it is ever to be done in contemporary South Africa.

What role should organised agriculture play in the above issue?
Organised agriculture must educate itself and its members. Most importantly, it must engage with vets if animals are being watered from untreated dam or river water that is eutrophic. It is also important to anticipate that major food retailers will come to understand the issue and increasingly source produce from farms that are not irrigated from eutrophic water resources.

Will this turn into a political issue?
I think there will be an angry explosion of public interest once science starts to quantify the impact of microcystin contamination of our national water. This makes the subject highly sensitive and explains why the government is unwilling to recognise it as being a problem. It echoes the Mbeki era of Aids denialism, with a similar outcome likely once empirical evidence is found linking microcystin to human and animal health.

What is the biggest risk that South Africa faces in terms of water?
It is deteriorating water quality, driven directly by the large number of dysfunctional sewage works. This leads to the second risk – hypertrophic waters, driven by elevated water column temperatures in the presence of growing nutrient loads.

You say that farmers must focus more on water quality and less on quantity allocation. Why?
The water quality challenge is here and now. It already exists and remains mostly unquantified and unrecognised. Water quantity in the form of allocations remains important, particularly in drought years such as we are likely to encounter in the near future, owing to the El Niño Southern Oscillation (ENSO). The quantity issue is related to quality because we will increasingly see that the reduced quantities allocated to farmers will be of such poor quality that the productive capacity of that water will be greatly reduced.

How will sewage management influence South Africa in the near future?
With 80% of our national sewage works dysfunctional, we have 4 000Ml of untreated or partially treated sewage entering our rivers and dams a day. That’s 120 000Ml a month or 1,4 million megalitres a year. This is a big number when we consider that our total dam storage capacity is 38 billion cubic metres.

What is microcystin contamination, where does it occur, and what will its effects be on agriculture if not curbed soon?
Microcystin is a toxin given off by the cyanobacteria Microcystin Aureginosa. It’s not clear why the organism creates this toxin, but it is known to be extremely potent. It’s also known to be discharged when the organism is distressed. This means that chlorination – which kills the organism – also triggers the release of the toxin into the water. It is hepatoxic [attacks the liver] but the effects of long-term exposure, even to very low doses, are unknown.

Advanced oxidisation processes (AOP) destroy the toxin, but it is not yet known exactly how. The AOP work that has been done so far has been on low concentrations of the toxin, so whether the technology will work on the levels of concentration in our country is unknown. I’m working with a team that hopes to conduct trials in South Africa in the near future to close this gap.

Can such water be cleaned?
Yes, but current bulk water treatment technologies in South Africa do not have the technology needed. There are two technologies that work: activated carbon, which adsorbs the toxin; and AOP, which destroys it. It is not known whether either is effective at the very high levels of toxicity in South Africa, which is three orders of magnitude above international recorded values. Testing is being planned to demonstrate this under local conditions.

Will microcystin contamination influence us soon? Is it also a political issue?
It is already influencing us, but, given the general lack of awareness among farmers and vets, the current magnitude has not yet been quantified. It will become a political issue if it is demonstrated that rural communities with inadequately treated water sourced from highly eutrophic systems are being affected.

Will water feature in the next election campaign?
I think so. This is why the Department of Water Affairs has become the Department of Water (DWS) and Sanitation. This is also why Minister Nomvula Mokonyane has instructed her law enforcement officials to turn a blind eye to sewage non-compliance in the build-up to the 2016 municipal elections.I believe that it is a highly localised issue, the type that will mobilise activists at municipal level. Sewage management has the potential to become a game-changer in certain contested municipal seats in 2016.

This article was originally published in the 23 October 2015 issue of Farmer’s Weekly.