Grassland managers and researchers cannot ignore historical accounts suggesting that ultra-high-density grazing was a phenomenon in the natural veld ecosystem for millions of years. Undoubtedly, through their periodic but intense trampling and grazing, huge herds of game had a great influence on vegetation and soil. Yet little long-term research is done on this phenomenon, despite the fact that both the fencing technology and the stock necessary to simulate these grazing patterns are generally available.

Instead, we persist with research that understock at low densities, or even destock for long periods, with or without fire, rather than deploying grazing animals differently, with longer recovery periods. Grazing trials seem to favour low stocking densities, especially in semi-arid areas. This is despite the fact that periodic high-intensity grazing periodically occurred in the Karoo in the past. Although there have been trails and studies based on higher stocking densities, none has come close to the stocking densities seen in nature.

Reports of millions of migrating springbok describe packed herds that, at times, must have run at a density exceeding 0,2 MLU/ m² (2 000 MLU/ ha). These reports are examples of intense short-duration grazing and trampling lasting only hours across enormous areas. Such events would have had dramatic effects on vegetation and soil.

Some scientists argue that this kind of animal impact over millions of years has destabilised the veld, compacted and eroded the soil, decreased the rainfall infiltration rate, destroyed biodiversity and distributed dung unevenly. But evidence suggests the contrary, pointing to a deterioration of the Karoo veld after the huge wild herds were replaced by smaller flocks of sheep spending long periods in camps.

Historical herds
Credible explorers, hunters and travellers documented at least 20 Karoo game migrations in the 19th century, all noting enormous herds trampling and closely cropping grasslands. Three of these writings are of particular interest, as they not only describe the state of the veld when herds had passed, but are separated in time over 35 years, and location, with the areas having substantially different climatic and veld types.

Gevecht Kop, 1843
Adolphe Delagorgue, trekking towards Potchefstroom near Gevecht Kop after crossing the Drakensberg, noted:
“We continued in short stages towards the Vaal River. Grazing became more and more sparse and when we found ourselves surrounded by enormous herds of gnus and quaggas, there was not a blade of grass to be seen. Everything that had not been cropped by their mouths was trampled by their feet.”

Beaufort West, 1849
The 1849 migration through the town of Beaufort West was widely reported. Travel writer Sir John Fraser wrote of a travelling hawker who brought news of “thousands of trekbokken coming in from the north, devouring everything before them”. “The town was woken in the morning by a sound as of a strong wind before a thunderstorm, followed by the trampling of thousands of all kinds of game – wildebeest, blesbok, springbokke, quaggas, eland, antelopes of all sorts and kinds, which filled the streets and gardens, grazing off everything eatable, drinking all the waters in the furrows, fountains and dams. It took three days for the trek to pass through town, by which time the town and country around was left looking as if a fire had passed over it.”
The above account confirms the similarity between fire and the process of removing dead material, and reversing the shading-out that prevents photosynthesis in over-rested veld.

Davel, 1878
A third account is found in the book Running the Gauntlet, in which George Mossop describes his experience as a 17-year-old hunting with Boer biltong hunters:

“On the first morning of the hunt they were met with a scene beyond my power to describe. Game, game everywhere, as far as the eye could see – all grazing. The game did not appear to be moving; the impression was that the earth was doing so, carrying the game with it – they were in such vast numbers, moving slowly and steadily, their heads down, nibbling the short grass.

Here came a small herd of about 500 black wildebeest, their white tails switching; they passed 100 yards from the wagons at a gallop. Hundreds of thousands of blesbok, springbok, wildebeest and many others were all around us.” Later, Mossop reports seeing an empty plain fill up with game: “On a front of two miles the great cloud of dust came rushing up. The thunder of hooves was making the earth tremble under our feet. We had to shout to make each other hear. For an hour and a half this kept up, and after our return to the wagons the cloud of dust could still be seen in the west.”

In 1805, Meriwether Lewis and William Clark undertook their famous voyage of exploration of the American West on behalf of Thomas Jefferson’s government. They wrote in their journals of travelling across the prairie and seeing the ground blackened with bison far into the distance. This was a worldwide phenomenon.

The fifty years from 1840 to 1890 witnessed the greatest slaughter of game ever seen. Americans shot the country’s
40 million to 60 million bison almost to extinction. At this time as well, South Africa saw widespread killings, resulting in the extinction of the quagga and blaauwbok, and the regional extinction of other species such as the black wildebeest in KwaZulu-Natal.

A living example in Africa
Fortunately, a great, moving, migrating mass remains, relatively undisturbed by guns, fences and ploughs, and still able to integrate with its ecosystem:

the animals of the great plains of the Serengeti in Tanzania and the savannah of southern Kenya. In any one area, following good rains, the combined mass herds of wildebeest and zebra, with smaller numbers of eland, Thompson’s gazelle and Grant’s gazelle can reach two million. With the grassland required to yield about 8kg of DM/ MLU equivalent daily, grass under such high density is grazed and trampled in hours, and animals must keep moving to satisfy their requirements.

To fill two million rumens and stomachs with grass daily requires the efficient use of time, sun and rain. There is no over-rested grass, and that grass is then able to use all sunlight that falls on it, moisture allowing. Any potential for overgrazing is alleviated when the herd migrates away from the area for between eight to nine months. The behaviour of these animals mirrors the observations recorded at the peak of the global faunicide that took place in the nineteenth century.

Conservation to the rescue
It is noteworthy that in the early 1950s, the Serengeti herd was reduced to approximately 200 000. But with great dedication, a team led by conservationist and zoologist Bernhard Grzimek, as documented in the book Serengeti shall not die, managed to secure the stability and integrity of that ecosystem. 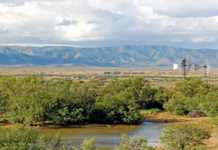