Ignore basic grass management principles and you’ll destroy the grazing potential of your veld for seasons to come. 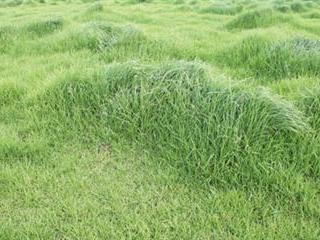 About three months ago a highly agitated diesel mechanic I’ll call ‘Piet’ pitched up at my office. He explained that two years previously, he had bought a small farm on which to live and from where he could conduct his vehicle and heavy machinery maintenance work.

He bought the farm with an existing lease with the neighbouring farmer which was due to expire in a year or so. This didn’t bother Piet, as he didn’t have sufficient capital to stock the farm and, moreover, he admitted his knowledge of farming was ‘dangerous’.

Then, a local farmer visited Piet and told him his tenant was seriously overgrazing the veld. Piet confronted his tenant who strongly disputed the accusation.Next he approached the local extension office, manned by a staff of two. Both officers inspected Piet’s farm.

One came to the conclusion that the veld was not overgrazed. To support this finding he stated that he did not see any bush encroachment. The second extension officer was more diligent. He counted the livestock and found that the number far exceeded the recognised carrying capacity for the area. Moreover, he noted that he could not find any rooigras (Themeda triandra) in seed.

Energy factory
I agreed to visit Piet’s farm. It took only a few minutes to see that the veld was badly overgrazed. How could I come to this conclusion so quickly? It was all too obvious that the most basic of all grass management principles had been ignored for a long time. This is the fact that energy for growth is derived from the leaves. When the leaves are grazed off completely the ‘energy factory’ shuts down.

Rest is required to get the factory up and running again. It’s a slow process that gathers momentum as leaves grow and new leaves are formed. A good veld manager removes stock when desirable species have about one-third of the leaves intact – that is, when part of the factory is still operational. This means that production can come back faster than when all the leaves are grazed off.

No recovery time
When the veld has once again reached maximum energy output, the grazers can go back in. Importantly, root development is in direct proportion to leaf energy production – the more energy produced, the bigger the root system. On Piet’s farm, desirable species weren’t given a chance to grow out. Livestock was kept in camps for long periods, which meant that palatable species were repeatedly grazed to ground level.

To compound the problem, animals were moved to a new camp before the species were able to recover. This type of grazing is disastrous in terms of grass production for the current season and subsequent seasons.

Selective grazing in a camp
A good picture is worth a thousand words… During the summer of 2009/2010, a kikuyu pasture in KwaZulu-Natal (pictured below) was grazed by a group of mares and foals. The camp was understocked with the result that the grass outgrew the animals’ capacity to keep it short.

As a result, the horses selectively grazed certain areas and kept them short, while the remaining areas were left virtually untouched for the greater part of the season. In the winter of 2010, the grass, now frosted off, was cleaned up by a beef herd and then the entire camp was mown short. These pictures were taken late in December 2011. No animals had been in the camp since July 2010.

The disastrous effects of continuous grazing on selected areas in a camp in terms of productivity in the following season can clearly be seen.

John Fair is a leading expert on pastures and founder and head of the SA Biofarm Institute in Harrismith. Contact John on 058 622 3585. or at [email protected] with ‘Biological farming’ in the subject line of your email.