Ten years ago, James and Rita Chance were forced off their thriving tobacco, maize and cattle farm in Zimbabwe. Since then, they have made a success of tobacco farming in Zambia. 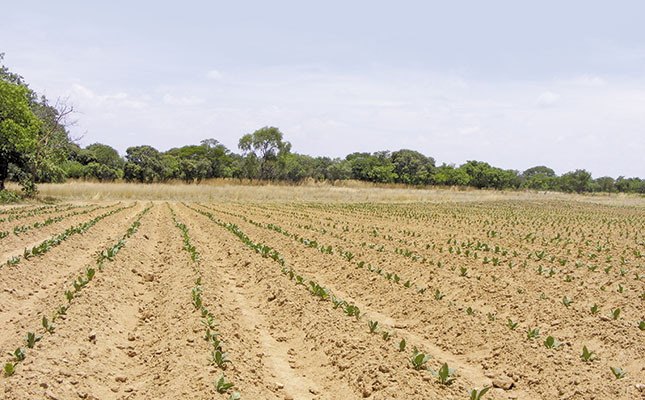 It’s 5am on what promises to be a hot, humid day on James and Rita Chance’s 1 840ha tobacco farm, 25km from the town of Choma in southern Zambia. James discusses the day’s work with his Zambian farm manager, Claude Bukoka, and together they give instructions to the workers.

These are mostly men and women who live on their own small-scale or subsistence farms on the neighbouring property, which is owned by the local chief. James employs between 80 and 120 staff, depending on the season.

Created from a shell 10 years ago, the Chances’ farm today produces 11 million cured tobacco leaves (130 000kg tobacco) each year from 40ha, half of which is drip-irrigated and half rainfed. Zambia produces about 30 million kilograms of tobacco annually, with prices ranging from US$2,80/kg to US$4,80/ kg (R24/kg to just over R40/kg at current rates). The national average for the past season was US$4/kg (R34/kg).

Basic arithmetic shows that the Chances are doing well. But it has taken 10 years of  hard work and careful planning to achieve success. The farm and infrastructure – originally Section 8 of a tobacco farming enterprise owned by the now defunct Tobacco Board of Zambia – were in a bad state when the family arrived from Zimbabwe in 2003. “We wanted to stay in Africa and the Zambian government was very welcoming. The Zambian Development Agency in particular was helpful and informative,” says James.

James Chance with his son Ben in January 2012, at the beginning of the school year. Ben attends Cordwalles Preparatory School for Boys in Pietermaritzburg.

Settling into tobacco farming in Zambia

The Chances were given Zambian resident status and can now apply for citizenship on an investment licence as they have been in the country for 10 years. In order to be granted resident status in Zambia, a farmer needs to buy title-deeded land and have US$500 000 (R4,2 million) from outside the country to invest in the business. Fortunately, the Chances had managed to salvage finance from their former tobacco, maize and cattle farm in Matepatepa in north-eastern Zimbabwe.

James’ great-grandfather started farming food crops and cattle in Zimbabwe in the 1890s after emigrating from the UK.
“Our first three years in Zambia were extremely difficult, and it took about five years to settle down,” James recalls. “We had big loans and a big challenge. The tobacco lands had to be established, the labour trained, dams built, boreholes sunk and we had to renovate the 12 existing barns and our home with very little money.” He attributes a large part of their success to support from Rita, his wife of 13 years.

Optimal location
The Chances chose the farm due to its suitability for growing tobacco. The soil is reddish loam that drains well and the climate is subtropical with an average annual rainfall of 600mm to 900mm. “The rain starts in November and continues through to March, but most of it falls in January and February,” James explains. “In summer it becomes very humid with temperatures of around 32°C. In winter we get frost in the low-lying areas.”

The Chances bought their land for US$81/ha (just under R690/ha) with an eight-year loan at a fixed interest of 10% from Standard Chartered Bank, and have now paid it off. The same land is now worth US$250/ ha (more than R2 100/ha). They have a title deed to their land, but all real estate in Zambia is under the custody of the president; in effect, this means he owns all the land.

Curing variety T26. The Chances planted their first tobacco crop in the 2003/2004 season.

This did not concern the Chances, however. Coming from Zimbabwe, they know that title deeds are only as secure as a country’s political system and the government’s need for the title deed holder’s skills. “What concerned us more was the low price for tobacco at the time,” recalls James. “We averaged US$2,20/ kg (R18,60/kg) in our first year, which was barely sufficient for a livelihood and to establish ourselves in a new country.”

One of the first things they did was to join the Choma district chapter of the Zambian National Farmers’ Union, where they found invaluable advice and friendship. Choma has about 35 commercial farmers, of which 20 are ex-Zimbabwean farmers, producing crops and livestock.

Farmworkers
James enjoys a good working relationship with his staff. “They’re happy to have found work with us because their standard of living has improved and we try to assist them where we can,” he says. “Our working day starts early – in summer at 5am and in winter at 6.30am – but we generally finish work at 1pm so that they can tend to their own lands.”

He assists 20 small-scale farmers on the chief’s land by providing fertiliser and ploughing, and is helping a further six emerging farmers to upgrade their farms by providing them with tobacco seedlings. The fact that most people in Zambia speak English has helped him greatly during this process. “Farm workers in Zambia earn US$4,20/hour (just under R36/day). This is due to increase to US$6 or US$7 (R51 or R59) in 2013,” he says.

Substantial labour will be required for James’s 2013 expansion plans. These include extending his drip irrigation system to the current 20ha rainfed tobacco lands. “The existing system has worked well for us and uses 40% less water than other systems,” explains James. “We bought the system from South Africa at a cost of US$35 000 (just under R300 000) for 20ha and irrigate a ridge of tobacco every 2,5 days.”

The climate is subtropical with an average rainfall of 600mm to 900mm per year, which is ideal for tobacco farming.

He uses a range of herbicides, insecticides and fertilisers to increase crop production. All are available from the recently opened local Farmarama branch, or from Mazabuka, 160km away. He buys basic 6N:24P:20K fertiliser from Greenbelt Fertiliser and top-dresses once a year with LAN which contains 26 units of nitrogen. “We sell our tobacco to Japan Tobacco International (JTI). For environmental reasons, this company is extremely strict about agricultural chemicals,” says James. “We have at least two inspections a year to ensure we’re not using any banned chemicals.”

Harvesting takes place between November and early April. “We have 12 tobacco barns and currently use a flue-curing system, but plan to convert to a single heat source forced-air system in 2013. This is more efficient and uses less coal,” says James. He grades, bales and sells the crop from April to June. The tobacco is transported to Lusaka where it is bought on classification, depending on whether it is X (from the bottom of the tobacco plant), C (middle of the plant) or L (leaf/top of the plant). Leaf obtains the highest price.

JTI Leaf Zambia Seasonal provides finance for crop production and capital expenses. “Seasonal financing is based on a budget agreed on between the grower and JTI,” explains JTI Leaf Zambia’s general manager Rob Royle. “This is then disbursed to the growers according to an agreed schedule – monthly, for example – to facilitate their operations. Capital financing is longer term and covers equipment such as irrigation and tractors. “JTI has provided low- interest financing since 2009. This has benefited our contracted grower base, which is under pressure from the cost of producing tobacco.”

Life in Zambia
“What is wonderful about being in Zambia is that the country really wants farmers,” says James. This is reflected by the country’s success across a range of crops. At one stage an importer of major commodities, Zambia is now an exporter of maize, wheat, soya beans and tobacco. The growth in commercial farming has also meant that an increasing range of agricultural inputs is available.

James sources supplies in Choma, Lusaka, and where necessary, South Africa. “We can even buy Farmer’s Weekly, which we really enjoy, in Lusaka,” he says. The capital is 320km from their farm, a four-hour road trip. James and Rita find little time for socialising. “We’re very busy, but have a network of friends and I occasionally play golf in Choma where we also do most of our shopping,” says James.

When it’s possible to take a weekend off, the family enjoys fishing on the Lower Zambezi. They visit South Africa fairly often as their son Ben attends Cordwalles Preparatory School in Pietermaritzburg. He loves the farm and assists James when at home.

Future plans
In 2013, in addition to upgrading his curing and irrigation systems, James intends investing in cattle. “In Zimbabwe we ran 500 Mashona cattle. I prefer indigenous cattle and I want to invest in Boran, which is a major breed here. I’ll buy locally as there are excellent cattle breeders in the area,” he says. James is grateful to Zambia for giving him and Rita the opportunity to farm in the country and says that they have settled down well.

“I left my thoughts about Zimbabwe behind when we had to leave,” he explains. “We live in Zambia now and that’s what we focus on. We feel safe here, there is very little violent crime, and after 10 years, Zambia is the place we call home.”

This article was originally published in the 18 January 2013 issue of Farmers Weekly.

Family farm harvests 50t of carrots a day all year round