Director at TG Kruger Real Estate, Rumpff Krüger, advises us what to consider when buying a farm.

Buying a farm can be a daunting experience, especially for the first-time buyer. There are many factors which must be taken into account – but which of these ultimately determines the monetary value of a farm? What will financiers regard as important when considering a loan application?

Thing to consider when buying a farm

Value and price
Value and price are not the same thing. The value of a property may differ in the minds of the buyer and the seller and thus does not necessarily represent its price. The price is what is paid for the property; the value is the perceived worth of what has been received in exchange.

Every farm property has its own profile. Natural resources, locality, rights, improvements, potential and extent all play a role. Every uniquely combined farm profile represents a certain value in the property market. However, farms with similar profiles located in different geographical areas are seldom assessed at the same value in the market. Area-specific factors include climate, terrain, water resources, carrying capacity, industrial development, pests, diseases, alternative uses for farmland and distance to markets.

Perceptions of an area are also important, and, although subjective, their influence on farm values is very real. National factors also influence farmland values. These include government policy, political issues, technological advancements and the overall economic climate.

Location
As in all areas of real estate, location plays a major role in the value of farmland. The location of farmland needs to be studied carefully and taken into account before buying a farm. The relationship between the location of the farm and the specific farming activities must be complementary.

A farm’s distance from the market and unsafe areas are particularly important when buying a farm. A good example of location relative to the market is that of two neighbouring farms on opposite sides of a tollgate. One farmer has to travel through the tollgate to get to the market, while the other does not. Although the two farms are effectively at the same location, transport costs and hence profitability will differ significantly.

The distance between the farm and its input suppliers should also be considered. Bulky inputs such as lime and fertiliser carry huge transport costs. If a farm is located in an unsafe area that carries a threat of theft or violence, its value will suffer.

Farmers are sometimes forced to switch to different produce that is less likely to be stolen, for example, from bananas to ginger or lemons. Farms adjacent to main roads or within walking or cycling distance of rural settlements are most likely to be affected in this way. Farms that are vulnerable to and frequently affected by criminal activity cannot be utilised to their full potential and will therefore decrease in monetary value.

Damage caused by mining
The proximity of a farm to mining activity can also have a significantly negative effect on its value, due to soil, water and air pollution. Take for example the farms around the Wonderfonteinspruit near Carletonville. The adjacent gold mining activities resulted in severe pollution of the ground and water with heavy metals over many years. Eventually, farmers were unable to sell their cattle and crops, and had to relocate.

This article was originally published in the 4 September 2015 issue of Farmers Weekly. 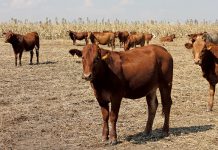 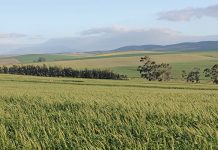 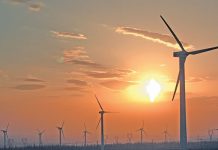