A sunflower crop performs well in dry conditions, but will struggle in sandy soils.

The sunflower (Helianthus) is a tall annual that can grow to a height of 400cm, depending on the variety. It bears wide, terminal capitula (flower heads), circled by bright yellow ray florets.

The sunflower’s drought- tolerance and low input cost make it a popular crop in South Africa. Its short growth season means that it can be planted over a period of at least three months, making it ideal for producers with adaptable crop rotation and/ or fallow systems.

On the downside, sunflower is highly susceptible to bird damage and cannot be cultivated at all in some areas of South Africa.

It is particularly sensitive to high soil temperatures during emergence. In the sandy soil of the western Free State and North West, this often leads to poor or erratic plant density.

Soil requirements
Cultivation of sunflower has always been limited to sandy loam to clay soil with a clay percentage of 15% to 55%.

At present, the major planting areas are where soils have a clay percentage of less than 20%. In South Africa’s more arid western areas, as much water as possible should be stored in the soil profile before planting, to limit the chance of failure.

The sunflower plant has a deep, finely branched tap-root system that can utilise water from soil layers as deep as 2m. This is why the crop often performs well during a dry season, especially in deeper soil or soil with a water table.

Because of the sunflower’s water-use pattern and root system, the shallow soils of the eastern areas, such as shallow Westleigh, Estcourt, Kroonstad and other duplex soils, are also suitable for its cultivation. Sunflower can use water from the clay horizons of these soils. Yield may be limited, however.

It is crucial to make a reliable assessment of yield potential. You will not be able to plan plant density, cultivar choice or a fertilisation programme unless yield potential has been accurately determined. The table above provides guidelines to determine yield potential.

Choice of cultivar is an important part of the production process and its effect is often underrated. Choosing the right cultivar will help to ensure higher profit at little extra cost.

Disease resistance and seed quality currently do not play a major role in cultivar choice. Yield and yield reliability are more important.

The ‘yield reliability’ of a cultivar at a certain yield potential is the minimum yield that will be achieved by that cultivar in nine out of 10 cases. It takes into account the yield disposition, average yield and degree of risk of a cultivar.

Ask your extension officer for information on specific cultivars. 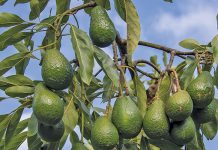