What’s your leadership style? Is it right for your organisation? There’s no need to be rigid; learn to adapt your style to the circumstances and task at hand.

In the lead-up to the recent election, the term ‘servant leadership’ was used frequently by commentators to describe the leadership style South Africans were yearning for from incoming political leaders. In fact, President Cyril Ramaphosa recognised this.

“I pledge here today that I will serve you, I will work with you, side by side, to build the South Africa that we all want and deserve,” he said in the closing statement of his inauguration address.

I first came across the concept many years ago while visiting a fellow farmer; let’s call him Ian. We were in his farm workshop, and he stopped to introduce me to his workshop manager.

As we were turning to leave, Ian said: “By the way, Tulani, will it be okay with you if I take a few days off next week? My dad’s been ill and I need to get down to my folks and see how they’re doing.”

“Fine by me,” answered Tulani. “Everything’s in good shape here. Hope all is well with your dad.”

I was bemused. Here was the part-owner and manager of the farm, asking his workshop manager if he could go on leave. What was going on?

“Why is it that you, the boss, are asking Tulani, your employee, if you can go off for a few days?” I asked Ian.

“I’d never go off for a few days without checking with my guys,” he said. “They depend on me as much as I depend on them.”

It was a great lesson for me. I only realised later Ian is what’s now referred to as a ‘servant leader’.

He’d never had any management training, but he intuitively understood that a leader serves his people and not the other way round. The great success of the business he manages is testimony to the effectiveness of his leadership.

But, of course, to identify only these three was a gross oversimplification. As time went on it was realised there were many more nuances and combinations. 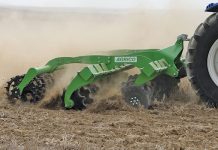