Reyneke Wines was among the first organic wineries in South Africa to receive a five-star rating in Platter’s Wine Guide. Owner Johan Reyneke spoke to Glenneis Kriel about his long and often challenging journey to establish a successful chemical-free wine grape operation.

Johan Reyneke, the owner of Reyneke Wines, had great aspirations when he started looking after a few rows of a vineyard on his family’s small farm near Stellenbosch in the late 1990s.

After studying philosophy, he had come to believe that humans are merely part of the natural order, rather than being superior to it, and this inspired him to find ways to work with nature, instead of against it, in his farming.

Since then, his area under production has grown to 125ha, which includes rented land. More impressively, he has managed to build up his soils’ humus levels from a mere 0,9% to 4,3%, and increase soil pH levels without adding lime.

Improved soil health has also influenced the quality of the wine produced on the farm, resulting in the price of some of his wines increasing from R300 to R500 a bottle in the past few years.

“The vines are no longer fed, but are forced to find their nourishment from the soil. The vineyards, in effect, are much less homogeneous, requiring us to harvest and treat different parts of the vineyard differently. But this is what the art of winemaking is all about: you’re not producing a uniform product,” he says.

Achieving these results has not always been smooth sailing. His problems started when, idealistically, he stopped using chemical fertilisers and pesticides during his first year of farming.

“Having worked as a farm labourer for extra money during my studies, I experienced the negative impact of these products first hand. So, besides the negative environmental consequences, I also didn’t want my labourers to work in a toxic environment,” he recalls.

His noble intentions backfired; the condition of the vines deteriorated, production was almost non-existent, and weeds took over.

“I felt very sorry for myself. It was obvious Mother Nature didn’t share my love for her,” he jokes.

Messages from nature
A number of conventional scientists and agricultural advisers told him that he needed a reality check, as “a chemical-free system would only work for hunter-gatherers”.

He received guidance from three key sources: the pioneer of biodynamics in South Africa, the late Jeanne Malherbe; the Geisenheim University in Germany; and the well-known soil biologist, Prof Barbara von Wechmar.

“Malherbe looked at all the chaos and said the problem was that I was being organic by neglect and not design,” he recalls. “One of the biggest lessons she taught me was to create meaning out of the chaos by reading messages from nature. In effect, this means that weeds, diseases, insects and other organisms are no longer seen as just problems, but indicators of soil health.”

Some weeds are indeed destructive; couch grass, for example, is allelopathic and has a negative impact on the growth of other plants. But, generally, weeds are indicators of nutrient imbalances or shortages and may even contribute to production by building up soil nutrient levels, as is the case with clover, which fixes nitrogen.

Malherbe also taught him that the soil was not subservient to the crops a farmer grew.

“You need to produce crops to keep the farm in business, but your business will only be viable for future generations if you look after the soil. You need to give your soil and your crops equal priority,” he explains.

Reyneke gathered a wealth of information from Geisenheim University. Unfortunately, however, most of the solutions could not be replicated in South Africa, as the studies catered for the soil and climatic conditions of farms in Germany.

Reyneke’s interest was nevertheless piqued by findings that a plant’s resilience could be increased by 300% if soil humus levels were increased to 5%.

He started experimenting with various methods of building organic matter in the soil and achieved excellent results with cover crops, planting grains such as oats, rye and triticale between vineyard rows. The species planted were rotated each year, with the planting decision governed largely by seed prices.

The seed was sown by hand in and between the vineyard rows. A tractor was used to pull a tyre through the rows to flatten the cover crops towards October, before the vines came out of dormancy.

Three years down the line, however, the wine grape yield plummeted from around 8t/ ha to a mere 2t/ha. “I was at my wits’ end, with no idea of what went wrong,” recalls Reyneke.

Von Wechmar provided the answer: she concluded the organic matter was drawing all the nitrogen out of the soil, leaving nothing for the vines.

Reyneke explains that in healthy soil, the ratio of nitrogen to carbon should be at least 1:30, as is the case in good-quality compost. His soil had a ratio of 1:500.

To increase the soil nitrogen level, he bought a few Jersey cows to graze the vineyards when the vines are dormant. These were eventually replaced with 54 head of Nguni cattle, as they are a hardier breed.

The cattle are kraaled at night to ease the collection of manure for compost production.

Pest control
The elimination of chemical controls resulted in a return of beneficial insects, and Reyneke has established natural patches of land between vineyard blocks to serve as habitats for organisms, regardless of whether they are useful or not.

“The trick is to get a balanced population of a large diversity of organisms,” he explains.
When insect problems do occur, he prefers to harness nature to restore the balance. At one stage, for example, he kept over 200 ducks on the farm to manage snails, and he uses chickens to manage weevils.

“The birds are taken to the most problematic areas during the day and then walked back to their sleeping areas at night,” he says.

Disease management
Reyneke’s greatest disease threats are leafroll virus, downy mildew and powdery mildew. It appears as if the leafroll virus is not spreading, and he suspects this is because he does not eliminate dandelions between the rows.

“Leafroll virus is distributed by mealybugs. I keep them off the vines by planting dandelions as a trap crop,” he says.

Reyneke applies sulphur to manage powdery mildew, but does not use copper to treat downy mildew, even though it is a registered organic product, as he regards it as too hazardous. Instead, he uses Trichoderma, a type of fungi often found in the soil, to keep the disease under control.

“The Trichoderma parasitised the downy mildew, but there was concern that it could affect the wine fermentation process, so I started using a Trichoderma metabolite, which increases Brix levels and plant resistance,” he says.

Create your own path
Reyneke cautions that there is no single recipe for success if a farmer wants to avoid using chemicals.

“I’ve tried many things and in the end adapted it to what worked for me. The best approach is to test new ideas on small areas and then expand them to other areas if it works.”

He adds that what works today might not work tomorrow, as soil is a living organism and changes over time.

Reyneke has also experimented with vermicompost, but the process became too laborious, and compost yielded better results with less effort. Trials with microorganisms from Japan did not work, whereas products from Vossen Laboratories in the Netherlands worked well but were exorbitantly expensive.

“Using horn manure (also called ‘500’), a biodynamic preparation, came to R300/ha, whereas the Vossen products worked out about R30 000/ ha at the time,” he recalls.
Reyneke embraces almost all biodynamic practices.

“Jeanne Malherbe urged me to use 500 to improve soil health, [so I agreed] to use it on two vineyard rows. Within six months, there was a clear difference between the soil and vine quality in the rows where the preparation was applied and where it wasn’t, which persuaded me to try out the other preparations as well.”

He adds that scientific research has emerged over the past two decades to prove that biodynamic practices do work. This was after people became aware that chemicals were not the solution to all farming problems.

“In the old days, people most probably did not always understand why they were doing things or why these things were generating specific results, but today these mysteries can be explained more scientifically.”

Reyneke is particularly attracted to the philosophy behind biodynamics.

“Organics to me is all about sustainable production, whereas biodynamics goes beyond that by also looking at self-sufficiency. In other words, you should, as far as possible, produce everything you need on the farm. This is one of the reasons I brought cattle into the farming system instead of buying effective microorganisms or manure from outside.”

Biodynamics also focuses on what is done with waste. Wine farms produce large volumes of waste during the winemaking process, and Reyneke turns the waste on his farm into an asset by making compost from it.

“We recycle almost everything on the farm, with even printed paper being used in compost,” he says. 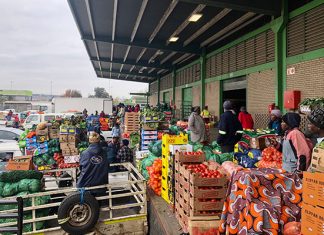 April 1, 2020
The coronavirus disease (COVID-19) global pandemic is expected to have a negative impact on the South African livestock value chain in the long run.