Much controversy has surrounded South Africa’s poultry imports from the US. Freelance journalist, Peter Fabricius, examines this thorny issue and attempts to clarify some misconceptions. 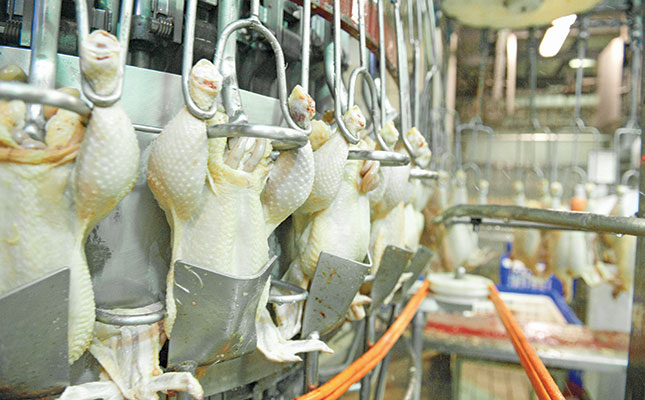 Global chicken sales are dominated by the US and Brazil, accounting for 63,7% of exports between 2011 and 2015, according to the USA Poultry and Egg Export Council (USAPEEC).

The two countries had been vying for the top spot until last year, when avian influenza broke out in parts of the US, and many importers, notably China, banned US poultry imports. Following US sanctions imposed on Russia due to the invasion of Crimea, that country also stopped buying US products.

Together, China and Russia had accounted for about 40% of US chicken sales. As a result, the US poultry industry suffered a US$4,2 billion (about R58 billion) loss in 2015, the most devastating in its history, according to the USAPEEC.

Some SA poultry producers believe that the loss of these export markets prompted the US poultry industry to look for new markets, including South Africa. Despite being only the 11th-largest consumer of chicken (1,8 million tons last year), South Africa is an attractive market. It has a sizeable chicken industry of its own, yet was also the fifth- largest chicken importer in the world last year at 457 000t.

The US had effectively been out of the market since 2000 when the SA poultry industry persuaded government to impose prohibitive anti-dumping duties on frozen, bone-in leg portions, the main seller. The US threatened to end the duty-free, quota-free access to the US market under the African Growth and Opportunity Act (AGOA), which SA wine and other agricultural exporters were enjoying, unless South Africa lifted its import restrictions on US poultry, beef and pork.

After long and often bitter negotiations, the duties were lifted early this year, although only for an annual quota of 65 000t of poultry.

Despite its status as a top chicken exporter, the US industry is not primarily geared for exports. Exports had peaked at only 22% of total US production before falling to 16,5% in 2015.

However, the large US domestic market cushioned the fall, and in 2015, the country accounted for 20,4% of global production, making it the largest producer of chicken meat in the world, with Brazil a distant second at 14,9%.

US case study
Mountaire Farms in Millsboro, Delaware, is the country’s seventh-largest fully integrated poultry producer. It freezes about 18% of total production for export to 73 countries, including South Africa. Mountaire has three abattoirs, with a fourth being built, and a tour through the facility reveals the complex relationship between exports and local sales.

Senator Chris Coons from Delaware, who led the charge for South Africa to open up its market to US poultry, pork and beef, or lose duty-free, quota-free access to the US market for other products under AGOA, says that the SA poultry industry has wrongfully accused US poultry producers of exporting unwanted, unhealthy by- products of its domestic production to South Africa.

Mountaire executives add that some domestic competitors in foreign markets claim that the US exports growth hormone-injected chicken parts while selling uncontaminated cuts to the US market. But using growth hormones in chickens has been illegal in the US since 1954.

Two US Department of Agriculture inspectors permanently monitor the assembly line at Mountaire. Here, boneless breast meat from the same chicken is packaged for the US market, while legs and thighs are packaged for the SA market, for example, and feet for the Chinese market.

Nevertheless, last year, after the 65 000t quota was negotiated, the SA Poultry Association (SAPA) insisted that no US poultry should enter the country, as local birds could be contaminated with avian influenza due to the outbreak in the US. It was then agreed that only chickens from US regions not affected by avian influenza would be imported.

Salmonella threat
However, SA producers raised a new concern: US controls to prevent salmonella infection were too lax. The parties eventually resolved that problem, but a few months ago, SAPA threatened to take government to court to overturn the latter decision. Doing this would trigger another threat to South Africa’s AGOA benefits.

Don Ritter, Mountaire’s senior director of health services, says that salmonella occurs naturally in the gut of chickens and is impossible to eradicate. All poultry producers can do is control it as far as possible in live birds on chicken farms, and then dunk slaughtered chickens in chilled water treated with anti-microbials.

The US has steadily brought down the acceptable level on processed birds to 15%.

Despite EU producers claiming that processed poultry from this region is salmonella-free, Dr Louise Dufour-Zavaly, head of the Georgia Poultry Laboratory Network, says poultry scientists in that state recently conducted an experiment which showed that even when chicken carcasses showed no trace of salmonella after being chilled and treated, 90% of these showed traces of salmonella after being kept at room temperature for 24 hours.

According to Suzanne Heinen, minister counsellor for agricultural affairs at the US embassy in Pretoria, a total of 138 countries currently accept exports of US poultry.

READ Selling your fish: which customers are best for you?

There have been no reported cases of avian influenza, salmonella, or any other communicable disease transmitted by poultry exported from the US, she adds.

No cases of avian influenza being transmitted to humans has ever been reported in the US, and the same health precautions are used for domestic poultry production as for exports, Dufour-Zavaly says.

Jim Sumner, president of USAPEEC, said in October that US poultry exporters had until then met only about 10% of the 65 000t annual quota and would fall far short of meeting it by the end of the year.

Apart from health concerns, the SA industry has also accused the US of dumping cheaper cuts of chicken on the SA market. However, according to US producers, about 60% of the industry’s brown meat is sold locally.

But the Industrial Trade Administration Commission of South Africa (ITAC) emphasises that brown meat is not sold “in the ordinary course of trade’’ in the US “due to the fact that white, deboned breast meat is sold at a premium on the US market when compared to brown meat.”

In effect, it appears that ‘premium’ white meat sales are subsidising below-cost brown meat sales. ITAC has calculated the ‘real’ price of brown chicken meat in the US and determined that US poultry producers were selling this meat in South Africa at about 62% less than the ‘real’ value. A new anti-dumping duty of R9,40/ kg has thus been imposed by ITAC to make up the difference.

Dumping defined
Heinen dismisses these claims, saying that dumping, as defined by the World Trade Organization, “is concerned with whether producers are underpricing their exports”.

“As an open market, that cannot occur in US exports of chicken. US poultry producers pay the prevailing world price for feed. There is no subsidy for US poultry. In fact, prices paid by our consumers are lower than [those] offered by our producers for exports, which is contrary to ‘dumping’,” he adds.

Sumner also rejects ITAC’s logic, which suggests that US poultry producers should be selling leg meat at the same price as breast meat.

The reality is that the size of the US poultry industry, including its huge domestic market, provides it with the economy of scale that is an advantage in exporting. This is not huge, though. Heinen says the costs of US poultry producers range from US25c/ lb to US45c/ lb (about R7,60/ kg to R13,68/ kg), depending on variables.

The difference seems to be more about free trade and open competition than dumping.

This article was previously published in the 16 December issue of Farmer’s Weekly.