This year, Zimbabwe will decentralise tobacco selling in an effort to contain the spread of the coronavirus disease (COVID-19).

This was according to Zimbabwean president, Emmerson Mnangagwa, during a recent televised address.

Decentralising the selling of tobacco, a major foreign currency earner for Zimbabwe, meant that tobacco could be sold on auction floors in the tobacco-growing northern half of the country, instead of being concentrated in the capital Harare.

According to Mnangagwa, the Tobacco Industry and Marketing Board (TIMB) in consultation with the Zimbabwean inter-ministerial taskforce on COVID-19 had agreed that the decentralisation of tobacco sales was important to minimise crowding, in light of COVID-19.

He added that social distancing would be observed at these auctions, and that the auctions would be regulated to ensure that there was no large concentration of people at any time.

Normally, the tobacco marketing season started in the second to third week of March, but because of the pandemic and the fact that the growing season started and ended late, TIMB was forced to delay it to 22 April.

TIMB board chairperson, Patrick Devenish, said consultations were still underway with regard to selling guidelines,

However, according to the Tobacco Industry Operational Guidance on COVID-19, the TIMB would adopt the “deliver today and sell tomorrow” policy, meaning that a farmer would book in his or her crop and sell it within 48 hours.

“Non-booked tobacco [will] not be accepted; farmers bringing such tobacco to the market shall be turned away and prohibited from making a sale,” said the guidelines.

About 14% of that output was sold on open auction, with 84% delivered to contractors. 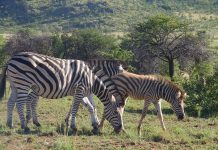 Game industry still losing jobs and revenue due to COVID-19