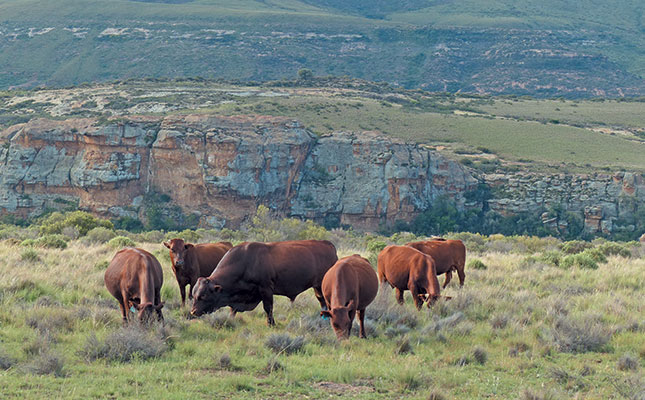 It also has an impact on the economic wellbeing of local communities, according to a study conducted by a team of five researchers in the Free State.

Dr Mias van der Westhuizen, rangeland specialist and one of the researchers, told Farmer’s Weekly the effect of the degradation was underscored by the fact that commercial farmers maintained an average calving percentage of 62%, with 48% for the emerging sector and 35% for the communal sector.

He said South Africa was a net importer of beef but according to livestock scientists, the country would reach self-sufficiency if the average calving percentage was pushed up by 10%.

For the communal and emerging sectors, efficient veld management could contribute enormously to poverty alleviation, according to Van der Westhuizen.

A management system that neither increased production cost nor negatively affected production, as well as the environment, should be developed to optimise animal productivity and obviously profitability.

However, insufficient water supplies usually resulted in overgrazed areas near water points, closer to homesteads and under-grazed areas further away.

The condition of animals in communal areas was usually very poor during winter and spring due to poor grazing. Pre-weaning mortalities were high (31%), with low reproduction rates.

The introduction of proven rangeland management systems was one of the most important factors to ensure sustainable livestock production and reduce poverty on smallholding farms.

“There is little doubt that a strategy to promote sustainable agricultural principles among emerging smallholding farmers in southern Africa will result in increased productivity and profitability of the farming system,” said Van der Westhuizen.