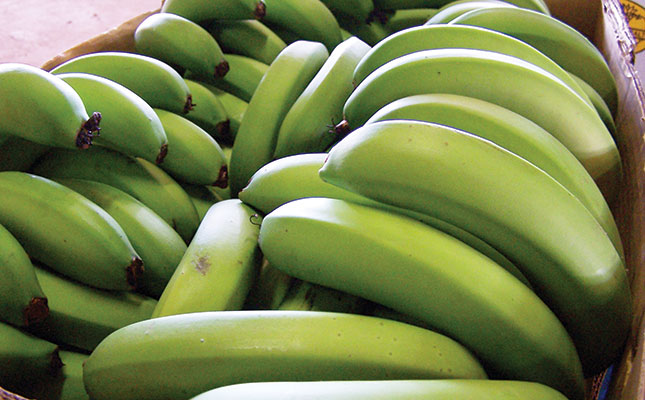 This was according to the Banana Growers’ Association of South Africa (BGASA), which said that TR4 had “all but wiped out” the two northern Mozambique banana farms where this fungal disease was first identified in 2013.

“BGASA definitely feels that the threat posed by TR4 to the South African banana industry is not being taken seriously by either DAFF or growers, and believes that a preventative plan needs to be drawn up as a matter of urgency,” he said.

Lourens added that significantly assisting with preventing TR4 from entering South Africa would require DAFF “playing a far bigger role” in the monitoring for potential TR4-infected banana propagation material, and banana fruit being imported into the country.

DAFF spokesperson Steve Galane recently told Farmer’s Weekly that his department would be working with Mozambique’s National Plant Protection Organisation and other plant disease experts to develop methods for the effective management of TR4 in northern Mozambique.

He added that the two nearby banana farms BBTV had spread to had not been as badly affected due to intensive scouting for, and destruction of, infected banana plants.
BBTV posed the biggest threats to small-scale and subsistence [banana] growers in the rural areas, he said.

This was because food security could be affected unless they received assistance from DAFF with the scouting and early destruction of BBTV-infected plants.

He said that while DAFF had taken “a bit longer than anticipated” to get an action plan rolled out, “there is a definite sense of urgency on the part of DAFF to try and contain the spread of BBTV”.

Management of the virus would require public-private partnership and co-operation for the scouting and early destruction of infected plants, as was successfully done in Australia, Lourens said.