Brucellosis is a highly contagious, anthropo-zoonotic bacterial disease that is primarily present in animals but can be transmitted to humans.

The disease is typically found in cattle, goats and sheep, but many wildlife species in South Africa have also tested positive. This is, however, only significant if they are likely to come into close contact with livestock.

Farmers, vets, abattoir workers and other people handling livestock are in a high-risk group for contracting brucellosis.

The general public is also at risk through the consumption of contaminated unpasteurised raw milk and dairy products and the half-cooked meat of infected animals. Direct contact with the excretions and secretions of infected animals can also cause brucellosis.

Bovine brucellosis has a global distribution and is usually characterised by abortion in late (six to seven months) gestation. It is widespread in South Africa, especially in intensive cattle production systems, and has a profound economic impact on the South African dairy and beef industries. More than 10% of dairy herds become infected, causing losses of millions of rands annually.

Due to its economic impact and public health risk status, bovine brucellosis is a controlled livestock disease in South Africa in terms of Animal Diseases Act 35 of 1984. It is also listed as a notifiable disease by the World Organisation of Animal Health (OIE).

Infection in cattle
Bovine brucellosis is caused by the Brucella abortus species of bacteria. It is gram-negative, non-mobile, non-spore-forming and rod-shaped. It is an intra-cellular (occurs inside body cells) bacterium that can cause an extended, sometimes life-long, chronic disease.

In a herd in which Brucella is endemic, infected cows normally abort only once, mostly during the late stage of pregnancy with the following pregnancy being normal. It is claimed that certain cattle can withstand infection and that a small percentage of infected cows recover spontaneously.

When a brucellosis-infected cow aborts, it excretes bacteria with the aborted foetus, uterine secretion and afterbirth. This infects the environment with Brucella bacteria. Such a cow can also become temporarily infertile.

The infected cow also periodically secretes bacteria in her milk during the entire lactation period, and in some cows this may persist for the duration of its life. These bacteria are regularly isolated in the secretions of infected non-lactating udders. Some infected cows that abort and then calve normally afterwards will also secrete bacteria from the uterus.

Cattle normally become infected by eating contaminated fodder, drinking contaminated water, or licking the afterbirth or vaginal mucous secretion of an infected cow that has aborted or calved.

A foetus can become infected in utero. Once born, the calf continues the chain of transmission and infection and continues spreading the disease through successive calvings.

Artificial insemination with Brucella-infected semen continues the chain of disease when the semen is deposited in the uterus during AI.

However, sexual transmission from infected bulls to susceptible cows or heifers is apparently very rare. A bull’s reproductive organs may be contaminated with bacteria and these may contaminate the semen.

It remains to be proven whether ticks or other insects can transmit the disease among animals. Brucella bacteria can survive for up to eight months in an aborted foetus left in the shade, for three to four months in dung, and for two to three months in wet soil. Exposure to direct sunlight kills off Brucella bacteria within a few hours.

Usually, no further infection occurs after about a month once infected cattle have been removed from a farm and all facilities have been properly disinfected. Swollen joints in cattle caused by brucellosis usually do not play a prominent role in the transmission of the disease, although large numbers of bacteria are involved.

About 90% of infected cows remain chronic and may remain infected for the rest of their lives, with the bacteria being localised in the udder tissue or lymph nodes.

Between 3% and 9% of heifers born from infective cows may have a latent infection, although they may test serologically negative (at least up to age 18 months) and show no antibodies. They may only show antibodies against Brucella abortus, traceable with testing, at one to five months of pregnancy.

The risk of introducing brucellosis into a herd through embryo transplants is negligible. Lush vegetation in wet and muddy calving camps plays an important role in the transmission and spread of brucellosis.

How do humans contract brucellosis?
Several species of Brucella bacteria cause brucellosis in humans. These include B. abortus (from cattle) B. melitensis (from sheep or goats). B. abortus and B. melitensis and are of great public health importance in Southern Africa. Brucella suis (from pigs) and Brucella canis (from dogs) may also play a role in human infection.

People who are in daily contact with cattle, sheep or goats are at the greatest risk of contracting the disease.

The most important source of infection with B. abortus is the bacteria in the retained afterbirth of an infected cow. Anybody assisting calving in an infected cow is at great risk of infection via any small crack, cut or sore on the skin, especially the hands and arms, or from splatter into the eyes, nose or mouth.

Infection can be directly contracted from the cow, mainly during abortion and up to a month or two afterwards. Infected cows secrete the bacteria in their milk for weeks or months. Anybody drinking infected milk can contract the infection. Unheated cream or other dairy products made from infected milk can also lead to infection in humans.

The Brucella bacteria are localised in the udder, reproductive organs, glands, mucous and joints of the infected animal.

Contact with the tissue or body fluid of infected animals can lead to infection. This explains why abattoir workers, vets and farmers conducting post mortem examinations are at a greater risk of becoming infected.

Consumers can also become infected through drinking contaminated milk and eating dairy products. Raw or fresh milk from infected dairy cows, goats or sheep not subjected to heat treatment such as pasteurisation is a major source of transmission. Mothers feeding infected goat milk to babies allergic to cow’s milk may unwittingly infect them.

Brucellosis causes subclinical (non-apparent) mastitis in dairy cows. Thus, the udder and the milk may appear normal when in fact the milk and udder tissue are infected. One of the greatest health hazards of brucellosis is that the consumer normally associates milk infectivity with visual abnormality. 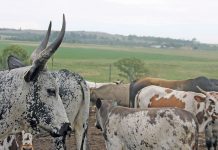 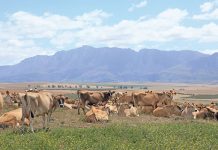 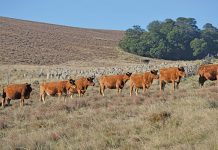