The benefits of using chicken litter as fertiliser are well known. As the poultry industry grows, however, other uses for it must be found. Dr Idan Chiyanzu and Primrose Magama of the Agricultural Research Council’s Institute for Agricultural Engineering explain how energy can be generated from litter.

Smaller poultry businesses, comprising mainly broiler and egg producers and suppliers of day-old chicks, are helping address the need for job creation. But this growing industry has a problem: how to manage the environmental impact of ever-greater volumes of poultry litter.

The premise of our research is that the industry needs to shift away from direct use of litter as a fertiliser, due to the high quantities of nitrogen, phosphorus and potassium
that accumulate in agricultural soil.

Instead, individual farmers and entities, such as co-operatives, have a responsibility to utilise the litter produced by their businesses for deploying renewable energy-generation technologies for a more sustainable and efficient economy.

Biogas and electricity are the most commonly generated forms of energy by any of the waste-to-energy processes.

At this stage, anaerobic digestion is the technology of choice for the conversion of poultry litter and other wastes into bioenergy and other bioproducts such as biofertiliser.

The transition from dumping of poultry litter to repurposing of this waste is unescapable, but will require careful selection of technology. All of the existing technologies require a certain amount of investment; should a farmer choose an anaerobic digestion or thermochemical conversion option, the feasibility and justification would therefore need to be very strong.

Figure 1 shows the pathways a poultry farmer can choose to convert waste to energy and other value-added products.

Analysis of litter content can also reveal other compounds, primarily protein, fat, non-structural sugars and fibres, whereas some poultry litter contains predominately cellulose, due to presence of the spent feed and bedding content.

This analysis indicates the potential of these building blocks in the waste materials. Where testing is not possible, data from pre-existing studies can be used instead.

Although heavy metals are naturally present in soil, geologic and anthropogenic activities increase the concentration of these elements to levels harmful to plants and animals.

Due to the addition of various metals to poultry diets to facilitate weight increase and disease prevention, poultry litter generally has intensive quantities of heavy metals.

BMP tests have been used to characterise a wide variety of feedstocks for biogas production and are a key tool for investigating possible pre- and post-anaerobic digestion options. They use computer models and formulae that describe the anaerobic digestion process, hence the data produces reasonable predictions of full-scale anaerobic digester behaviour.

It is very important, therefore, to establish the methane potential for a given solid feedstock such as poultry litter and other vital parameters such as design and economic details of a biogas plant.

Ultimate analysis
Ultimate analysis of poultry litter provides the elemental composition of the major elements such as carbon, oxygen, hydrogen, nitrogen, phosphorus and sulphur in the sample. Research has shown the feasibility of using carbon and hydrogen contents of waste to estimate the heating value (HV).

Heating (calorific) value is a measure of the energy content in the waste. Two heating value types, namely higher heating value (HHV) and lower heating value (LHV), are found
in a waste sample. The HHV is the total amount of heat available in waste and includes the latent heat of vaporisation of water in the sample, while the LHV does not include this latent heat.

If a farmer plans to burn litter for energy in the presence of oxygen inside a sealed container, the heat released can be predicted by the heating value.

It is a thermochemical conversion process, similar to pyrolysis, gasification or combustion, as all these use heat to decompose organic material into various products.

Studies of HTL performances suggest this could be a viable alternative to manage larger volumes of poultry litter effectively. 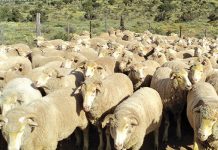 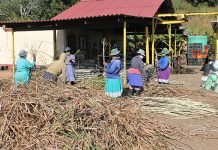