Millions of people are going hungry in South Africa each day. Who is to blame?

Over 14 million people were food insecure across South Africa pre-Covid-19, with the number expected to drastically increase as millions of people lose their jobs due to the pandemic. But who should be blamed for this situation?

Is it a sign of farmers failing the consumers or governments and business failing farmers?

FarmSol, an agricultural services company focused on the development of emerging and smallholder farmers, in partnership with one of South Africa’s leading agricultural magazines, Farmer’s Weekly, is hosting a panel discussion during which industry leaders will discuss issues affecting food security in South Africa, and ways to mitigate these.

Aron Kole, managing director of FarmSol, says that the answer is far more complex, suffice to say, the response to food security is everybody’s business.

“No single entity or category of stakeholders can ensure food security by themselves, without the support of various cross-sector collaboration efforts. We believe that food security and poverty alleviation is a collective responsibility.”

The webinar will be moderated by Denene Erasmus, editor of Farmer’s Weekly, and include the following panellists:

More information about the panellists:

Erasmus is a member of the alumni network of the Bloomberg Media Initiative Africa. She holds a master’s degree in languages from Stellenbosch University, an honours degree in Media Theory and Practice from the University of Cape Town.

This experience is backed by a Master’s Degree in Business Administration (MBA) and strategic leadership and advanced project management qualifications.

He has a wealth of knowledge and experience in designing bespoke agricultural solutions and agricultural support programs, directly with producers and corporates thereby ensuring alignment and shared value.

Dr Mohammad Karaan is Professor in Agricultural Economics at Stellenbosch University, where he graduated with a PhD (Agric) in 2006. He joined the Development Bank of Southern Africa as an economist and thereafter joined the Rural Foundation as Head of Research.

From May 2014 until May 2015, Prof Karaan served as Acting Vice-Rector at the University. He is former chair of the NAMC and a Commissioner of the NPC. He serves on various boards.

Dr Marc Wegerif has worked on development and human rights issues in a range of organisations for about 30 years, with a focus on food systems, economic justice, and agrarian reform over the last 20 years.

Before taking up his current position as a Development Studies Lecturer, Marc was a post-doctoral research fellow at the Human Economy Programme, University of Pretoria, doing research on food systems and land rights.

Prior to joining academia, Marc was the Land Rights Policy Lead with Oxfam International responsible for global advocacy and coordination of the organisation’s land related policy and advocacy work.

Other recent positions held include consulting to national and international development agencies and holding the position of Food and Land Rights Advisor with Oxfam.

André Cloete grew up on a farm near Grabouw and has been dreaming of becoming a farmer since he was six years old. After school he did an agricultural diploma at Kromme Rhee and from there studied irrigation design at the Cape Technikon.

He started working as a surveyor and assistant designer at Elgin Cooperative in Grabouw in 1988, where he stayed for almost seven years before getting appointed as an assistant farm manager at an apple, pear, and plum farm in Elgin.

After 14 years at the farm, he decided to do his own thing and identified five farms, two in Grabouw and three in the Caledon area where he wanted to farm. In December 2008, he got the opportunity to farm on the PLAS farm, Klein Ezelsjacht, where he is still farming today.

Cloete has more than doubled the farm’s production capacity since he started farming there and has won numerous agricultural accolades and awards since then, acknowledging him as a leader in his field. 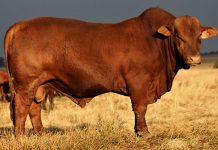 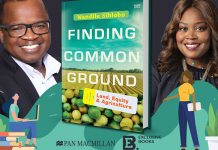 A must-read for farmers! First book by top agri economist

High food prices could take the cheer out of festive season