There is no doubt that Zululand’s iSimangaliso Wetland Park is a crown jewel in South Africa’s heritage. Managing the diverse aspects of this World Heritage Site is no easy task, however. iSimangaliso’s CEO, Andrew Zaloumis, gives Lloyd Phillips an overview of what it involves. 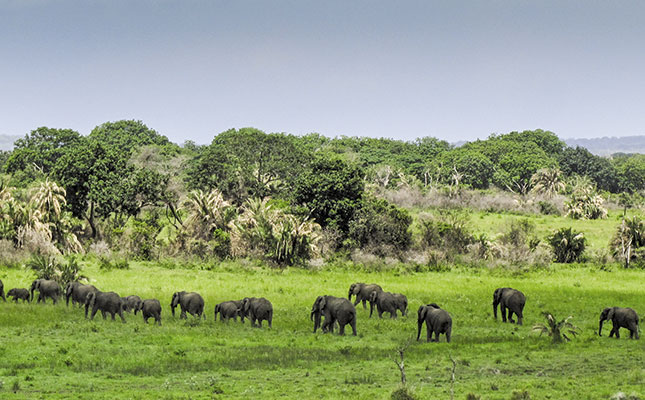 What led you to become iSimangaliso Wetland Park Authority’s CEO?
My father, Dr Nolly Zaloumis, was passionate about wetland ducks, and as a youngster he took me all over Africa in pursuit of his passion. I grew to love wild places and was intrigued by the indigenous knowledge systems and the spirits of the people who shaped them. Of all the places my father took me, I connected most deeply with iSimangaliso Wetland Park.

Years later, while on a project for my university studies, I returned to the area, and rekindled that connection. I lived and worked with local communities at Kosi Bay at the height of apartheid’s forced removals. I experienced a paradigm shift: a view of conservation from the other side of the fence informed by 800 years of traditional practices.

In 1997, I started the Lubombo Spatial Development Initiative, a collaborative project between the Mozambican, Swaziland and South African governments, which focused on the improvement of economic links and growth between the three countries. This led to the establishment of iSimangaliso under the banner “developing to conserve.”

What does your job entail?
My most pertinent function is conserving iSimangaliso’s world heritage values in a people- inclusive manner, and in the interest of the greater good. [For a site to be considered a World Heritage Site, it must fulfil at least one out of ten criteria as defined by UNESCO].

iSimangaliso demonstrates three of these criteria, namely, outstanding examples of ecological processes, superlative natural phenomena and scenic beauty, and exceptional biodiversity and threatened species. Thus, maintaining these values is my work’s principal focus and direction. Consistency and good governance are key, and ensuring a balance between conservation, economic development and empowerment is crucial. I try to balance research, reports and action.

Please give us an overview of iSimangaliso Wetland Park.
In 1999, iSimangaliso Wetland Park was listed as South Africa’s first UNESCO World Heritage Site, and consequently proclaimed a whole. Sixteen separate parcels of land, from the Lebombo Mountains to the Indian Ocean, were joined to constitute the 332 000ha park, along a beautiful 220km coastline. Today, iSimangaliso is one of the top eight biodiversity hotspots in the world. It has four Ramsar [Convention] sites, and more wetland types than any other place in the world.

Why should SA retain the park as a natural asset?
iSimangaliso is an important source of ecosystem goods and services, as it provides resources for traditional practices and subsistence. It is also important for the conservation of biodiversity; the global rate of species extinction is 1 000 times greater than the natural rate. Since its inclusion as a World Heritage Site, new species have been discovered in iSimangaliso every year.

Beyond all that, iSimangaliso is of inherent spiritual and cultural significance. The park and its people have survived apartheid’s missile testing, state timber plantations, and forced removals. It’s a symbol of hope and rebirth for South Africa. Globally, it’s considered a place of outstanding universal value, and is one of a kind – no other place in the world is quite like it.

What are some of the park’s major challenges in contemporary South Africa?
The park is situated in one of South Africa’s poorest and most underdeveloped regions; 80% of the people living in and around the park live below the poverty line. There is strong dependence on single breadwinners, migrant work and state welfare. Primary challenges include the lack of access to land and resources, with service delivery delays and a tight fiscal environment exacerbating these challenges.

How is the park’s authority trying to find lasting solutions to these challenges?
Our objective is to be the catalyst for sustainable long-term change. We are thus implementing a range of initiatives, including our ‘rewilding’ strategy. This is the large-scale restoration of complex natural ecosystems, and the enrichment of human life, through inclusive conservation practices and skills development programmes in the areas of art, craft, hospitality and tourism. It also includes land rehabilitation and the creation of jobs in the construction profession.

Hence, we established the Rural Enterprise Programme, which has trained, and offers ongoing mentorship to, 180 local entrepreneurs, ranging from tourism concessionaires, tour guides and catering to restaurant owners, hairdressing, gardening services and school uniform manufacturers. Additionally, with a 95% pass rate, our Higher Education Access Programme has put around 100 graduates and students from surrounding communities through university, many of whom are now employed in and around the park.

How have people directly affected by these efforts responded?
Change may cause discomfort. In the beginning, we were often considered too risky and liberal. The tide is, however, turning, and people increasingly understand our commitment to the environment and to the people who benefit from the park. This doesn’t only include those who are dependent on the park for employment, but those who visit the park for recreation.

We’ve come a long way with the restoration of the natural environment, the implementation of local livelihood strategies, and the improvement of visitor access with supporting facilities. We championed the concept of people and parks at the World Park Conference in 2005 with the Cape Vidal Accord. In 2011, the World Travel & Tourism Council recognised iSimangaliso’s global best practice in sustainable tourism, and in 2014, iSimangaliso was a winner in the Mail & Guardian’s Greening the Future awards.

What do land claims mean for iSimangaliso?
When it was proclaimed in 1999, iSimangaliso was under a 100% land claim, and 72% of the park area is now owned by land claimants. The park’s authority pioneered the first restitution policy in parks.

Claimants are given recognition and title, but land is restricted to conservation use, and managed by the state. Claimants are compensated for this limitation on land use in the form of jobs, training, ownership in tourism facilities, and payment of a percentage of commercial revenue. Claims, however, are never quite settled, and there is a level of ongoing contestation within communities. This provides an opportunity to create active ownership and the protection of iSimangaliso.

How is iSimangaliso managing the drought?
Drought is a harsh reality. In larger parks such as the Kruger National Park and iSimangaliso, drought plays an important, even vital, role in regulating species, weeding out weaker animals and reducing fuel loads for fire.

However, there can be no doubt that human interference has magnified the impact of drought. By March of this year, 90% of Lake St Lucia’s 350km2 bed was no longer covered by water and, due to evaporation, what little water was left was five times saltier than the sea in places.

With climate change, this may well be an indication of iSimangaliso’s ‘new normal.’ Increasingly, ecosystems will have to be managed as a whole, and for the greater good. St Lucia Estuary presents an excellent example of what conservation experience, underpinned by science, can do.

We’re undertaking the restoration of the uMfolozi River’s natural river course, which will allow it to function as it has historically functioned by providing Lake St Lucia with 60% of its fresh water. Under the auspices of the Global Environmental Facility (GEF) and World Bank, a contractor has been appointed and is establishing onsite. This is the biggest wetland rehabilitation in South Africa, and a milestone in the healing of the Lake St Lucia Estuary.

What do you see as the future of protected areas like iSimangaliso Wetland Park, in South Africa, and why do you say this?
There is no doubt that iSimangaliso’s future, like the future of all protected areas, is intertwined with the socio-economic policies and choices of sub-Saharan Africa. With climate change, global warming, and the many social and economic changes that we are experiencing, the global shift to a low-carbon economy is not happening fast enough.

If extractive use continues as is, the prognosis is not good. I like to think that we will succeed in South Africa. We will make the shift to a mindset that sees beyond extractive value. iSimangaliso is a survivor; it likes long odds and it overcomes.

How do you envisage iSimangaliso Wetland Park in, say, 20 years’ time?
I see iSimangaliso as Africa’s greatest conservation-based tourism product driven by community empowerment, with the support of people who appreciate it for its spiritual significance and ecological importance – the contribution to our souls. It will never be a complete work, change is the only constant.

This article was originally published in the 29 April 2016 issue of Farmer’s Weekly.