People living in the Simalaha Community Conservancy in western Zambia have risen out of poverty through the use of conservation agriculture (CA) methods, according to Chrispin Muchindu, CA manager at Peace Parks Foundation.

Small-scale farmers living on the Simalaha Plains in the Zambezi Valley in Zambia traditionally relied on rainfall for the success of their crops.

But climate change and drought left farmers struggling to feed their families. Conservation agriculture (CA) has proven to be the solution.

“This is a farming system cited to be beneficial to the community,” says Chrispin Muchindu, CA manager at Peace Parks Foundation (PPF) in Zambia.

PPF is an international partnership promoting wildlife conservation, ecotourism and job creation in Southern Africa, and in 2012 the conservancy, situated about 120km from the town of Livingstone, was fenced in as part of the work being done by the foundation in the Kavango Zambezi Transfrontier Conservation Area.

The project has increased food security in the area, and CA practices are gaining momentum across the country. “CA doesn’t damage the environment and actually improves soil quality.

It has short- and long-term benefits for the community, who can grow and harvest their vegetables almost immediately,” says Chrispin.

Living in harmony
When PPF approached the community to ask what they would like most for the area, they requested the return of wildlife that had naturally occurred there in the past.

The area – 400km² of lush, green flood plains with wooded areas of tall mopane trees – had previously teemed with game, which was decimated by soldiers living off the land during the battles for independence in Namibia, South Africa and Angola.

Meetings with the two ruling chiefs and elders reassured PPF that if restocked, the game would not be poached. Seven years later, the wildlife is thriving, and big herds have formed, all without a single animal being poached.

Head of PPF for Zambia, Prof Andrew Nambota, says that although initially sceptical, “the community has taken ownership of wildlife and protects them from any danger. This is also the first instance I am aware of where wildlife, cattle and humans are living harmoniously inside a fenced conservancy, with no conflict at all. So it is possible.”

While waiting for wildlife to settle and multiply, before harvesting excess numbers for income, the Simalaha community needed an alternative livelihood.

Through implementing CA practices, which began in Simalaha in 2013, the community was able to begin farming sustainably without disturbing or destroying the area’s biodiversity.

This is because CA results in minimal disturbance to the soil, as the potholing method of planting is used. With this method, only the area where crops are planted is tilled, leaving the surrounding areas entirely untouched.

Only natural fertilisers, like cow manure, are used, and pests, though minimal, are controlled with chilli and tobacco juice. “Here in Western Province, the soils are very sandy and we also have clay and loam, but it was believed that productive farming was not possible.

People relied heavily on cattle and with climate change, worse droughts were predicted.

Because yields are high, less land is utilised and fewer forested areas need to be cleared.

In addition, fewer mopane trees need to be burnt and sold as charcoal, as the community has now established an alternative income.

“The others came for the knowledge alone and went back to their villages and started farming successfully on their own, using their own seed.

“Every year we graduated 150 farmers and gave them starter packs of seed and thereafter they were able to buy seed on their own. Last year we did not give out any seed except for sorghum. This year we will not hand out any seed at all, as the project rollout is complete, though more farmers continue to learn conservation agriculture every year.”

Chrispin works with the Ministry of Agriculture in Zambia and with various contact farmers on the ground. Farmers report problems to the appointed contact farmers and they, in turn, report directly to Chrispin. He also gives additional training to contact farmers, who then pass on any new knowledge to other farmers.

Chrispin has also trained an additional 1 500 farmers in other areas of the country, which means the project has spread countrywide.

“That is the plan from Kazangula to Sesheke in the Western Province. We will train 100 contact farmers for a week, and they will then return to their community to train 100 farmers each. It would be great if we could do that this year.”

Conservation agriculture in action
According to Chrispin, farmers are being trained to farm productively in small areas close to their homes, so they don’t go into the bush and damage the environment.

“We teach them to fertilise with manure, how to weed and do crop rotation. Before, farmers just kept planting maize and the soil was left without nutrition, then they moved onto new land and did the same. With crop rotation, they now keep planting the same land because they are feeding the soil with manure and crop rotation.”

He explains that in a small area of 50m x 50m, farmers can feed their families and have surplus maize as they can harvest between 15 and 30 bags of 50kg each. The family cannot consume this in a year, and half the maize can be sold to pay for other things, like school fees.

Cultivation method
Training starts with land preparation and selecting the best lands. Then farmers are taught how to clear the land and erect a fence. After this, they start digging the basins for planting, which retain water well.

Each farmer is taught about the four main crops, namely maize, sorghum, groundnuts and cow peas, and how to intercrop them.

Chrispin says that each 50m x 50m garden has 4 200 basins, and each basin has three maize seeds planted in it. Planting is worked out according to the number of seeds in the bags.

“The seeds suit the terrain they are farming. All the seeds are early maturing varieties, so that the rainy season doesn’t end before the crops are mature. Crops mature in about six weeks across all crops, not just maize. Farmers use hoes and maybe a ripper pulled by oxen. We don’t use tractors yet in the project.”

Irrigation
The Simalaha Community Conservancy is in a summer rainfall area. Rain falls from November to March, when plains are flooded and crops thrive. In winter, collected rainwater is used to irrigate gardens and water is drawn from the Zambezi River using treadle pumps.

The pumps are simple to use and don’t require much strength. During a dry spell in summer, irrigation is also possible with 40 treadle pumps shared by 60 farmers.

Sometimes they irrigate twice a week in May, June and July, because there is still moisture in the ground. From August to October, all crops are irrigated three times a week.

Backyard success
Backyard gardens are irrigated in winter in order to grow fresh maize for sale during these months. In summer, these gardens thrive on surface water from rains. Fresh maize sells for ZK5 (kwacha) (R6,70) a cob. A bag of dry maize sells for ZK85 (R114,30) – which is the equivalent of 17 cobs, but at least triple that amount is actually in the bag.

Hence, farmers are only paid a fraction of the price of fresh maize for bagged maize. Now, through the project, being able to grow and harvest fresh maize in winter is a boost to income.

“The backyard gardens are the greatest success because such a small piece of land can yield so much,” Chrispin explains.

“A 50m x 50m land can yield a few thousand cobs, which is good income for the farmer. This project is a success because the farmer is now in charge and has the necessary knowledge to earn an income and feed his family healthy food.”

He adds that although there are more male than female farmers, “it’s the women who are doing the job perfectly. Wherever you go in the country they are farming this way because it works. Conservation agriculture is the song of Zambia.” 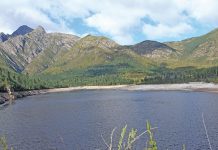