Home Farm Basics How to Livestock Tips on selecting heifers

Once a heifer has calved, it is called a ‘first-calf cow’. The objectives of selection and management of heifers and first-calf cows can be summarised as follows:

Whether you are a stud breeder or a commercial beef cattle farmer, you need clear breeding objectives and a well-considered strategy when it comes to selecting heifers.

Without these, it’s easy to forget to focus on economically important traits.

As a heifer has no proven record of reproduction, ease of calving or maternal ability, information relating to the mother, the father and other relatives should be used to make an informed decision at selection.

If available use breeding values rather than performance testing indices. Genetic merit is more reliably indicated by breeding values. Use it in balance with other important traits, especially those related to functional efficiency.

Selection: what to look for

Traits to be considered at this stage are:

Next, evaluate the following traits:

The fourth selection takes place after calving. Cull all first-calf cows that had difficulty calving, if this was not due to other factors such as overfeeding shortly before calving.

The final selection occurs when the calves of first-calf cows are weaned.

This expresses the weaning weight (adjusted for age to 205 days) of a cow’s calf, compared with the cow’s metabolic or maintenance weight (weight to the power 0,75) at calving (or at weaning, if not recorded at calving).

For example, a 500kg cow weaning a 250kg calf is more effective than a 600kg cow with a calf weaning the same weight.

Leslie Bergh is a senior researcher with Beef Cattle Recording and Improvement, at the Agricultural Research Council’s Animal Production Institute in Irene. 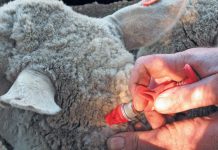