When business-owning parents leave their children equal shares in the operation, a battle can erupt between those who work for the company and those who don’t. There are better ways to fairly distribute wealth to heirs, writes Trevor Dickinson.

Almost all parents, in their estate planning, say they want their assets to be divided equally among their children. This concept seems so obviously fair that it’s rarely challenged.

But is it really fair to give siblings equal shares in the family farm when one has worked hard for 20 years building the agribusiness while the others have had nothing to do with it?

Most people would agree that this is probably not fair. When parents think about their estate, they rapidly retreat to equality because this at least has the appearance of being fair. It might also seem like a simpler approach than creating a meaningful division of assets.

However, there are many ways of fairly dispensing family wealth that don’t depend on the straightforward, ‘equal’ treatment of one’s heirs. When children are given equal shares in the family farm, a battle often ensues.

In some cases, those who participate in the agribusiness end up with more in value than those who don’t. Where siblings are joint shareholders in a business, the dividend flow is controlled by those siblings in the management of the company. Those who don’t work for the family business often do not receive a fair share of the financial benefits.

To make more informed decisions about dividing their wealth, parents must review the differences in assets, as well as the differences in their children’s needs, capabilities and goals, and the family values the parents want to promote.

Ideally, a conscious choice made after considering all of these factors, even if it ultimately does result in equal division, will be considered more prudent and, therefore, more rewarding to parents as well as their children.

No matter what kind of split is finally adopted, the goal is to create a rational system that is also clearly explained to the heirs to avoid any lasting resentments from forming.

Estate planning objectives
When the farm is the largest single asset in the estate, which is usually the case, parents face an immediate dilemma: how to divide it among children who are working in the agribusiness and those who aren’t.

Their first instinct might be to pass on equal shares in the agribusiness. If pressed as to how this will work from the younger generation’s standpoint, they usually respond by saying that those in the agribusiness should be given voting control.

While that might protect the agribusiness from interference by siblings who know the least about its operations, it will also only increase the tension amongst the group.

Before coming to this decision, parents should explore the issues more deeply. First, they must question what they’re trying to accomplish by dividing ownership equally. Is it just to avoid any impression of favouritism?

Or do they assume that the family farm should be able to provide support for all of their children, just as it did for them? Perhaps they are attempting to perpetuate the family as a unit, by keeping all of its members in the agribusiness.

If the idea is to provide equal wealth to their children, an equal share in the family farm will be equal in name only.

While working siblings can benefit from salary and bonuses, non-participating siblings hold a very illiquid investment, which offers them little or no opportunity to use their capital for their own purposes.

Unless a great deal of preparation has been done within the family, an equal split of shares will lead to a perception of ‘unfairness’ and disharmony among siblings. Even when dividends are paid, there’s still stress because the non-participant’s capital is locked in the business.

If the parents’ goal is to keep the family together as owners, they must begin training their offspring from an early age in owning and managing a business together.

If the parents’ goal is to have the business be the ‘goose that lays the golden eggs’ for their children, a rigorous financial assessment of the company must be made.

Even though the business may have supported the family while the children were being raised, it’s unlikely that it will be able to provide comparable income for all of the children and their families.

According to Lisa Griffiths, associate director at BDO Wealth Advisors, parents should follow the following principles when dividing assets:

In the case of one of the children being chosen to inherit the family agribusiness, the beneficiary should take out a life insurance policy on their parents’ lives and pay the premiums in order to provide liquidity for payout to the other children who are not inheriting the family farm. Any life insurance should be structured correctly using existing trusts or companies in order to provide some meaningful estate duty relief.

Family meetings are imperative to reduce the risk of family strife. If this has not been done, writing a letter to the family, which will only be opened after the death of the parents, can go a long way to explaining the reasons for a particular division of the assets and any conditions thereto.

Finally, be sensitive. To those heirs who may have not received the largest assets, try to bequeath an item of significant sentimental or familial importance.

Communicating the plan
A family meeting should be called only after an estate plan has been discussed in great detail by the parents and their advisors. At the meeting, the parents should present the plan to the heirs.

The heirs should then be given some time to ask questions and express their feelings. Sometimes the spouses of the heirs may be invited as well, as it’s usually better for them to be included in the discussion. This is because they, too, will be affected by the decisions.

It’s important to make it clear at the outset of the meeting that this isn’t a session to vote on, or even agree to, the plan for dividing the estate. It’s simply the opportunity for the parents to explain, as fully as possible, why they have made certain decisions and to hear how their children feel about them. The proceedings may lead to further refinement of the plan to alleviate unintended hardships.

In most cases, it will take more than one family meeting to discuss the estate plan and resolve any issues that arise. It will take time for each child to sort out what his/her feelings are, and why he/she has them. Over time, if the dialogue is allowed to continue, a resolution will result.

If heirs will have to work together to maintain the business, they should be trained on how to co-operate as soon as the plan is discussed, or even before.

Business owners who initiate an early process for dividing assets, and who openly communicate decisions, will realise several benefits. For example, the process will enable them to make wiser decisions about how to treat their children; it will help train the children to become good stewards of the wealth they will eventually hold as their own; it will allow the children’s feelings to be heard and for them to hear the feelings of their parents; and it will make it much more likely that the parents’ hopes for their children will be realised. 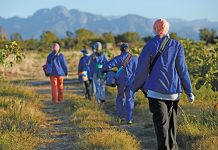