So, you’ve bought a pork fillet. Should you haul out the trusty wok and go for the old sweet-and-sour pork standby? No, my fellow kitchen mechanics, it’s time for something rather different: spicy, slightly Portuguese, and totally marvellous. May I present vindaloo? 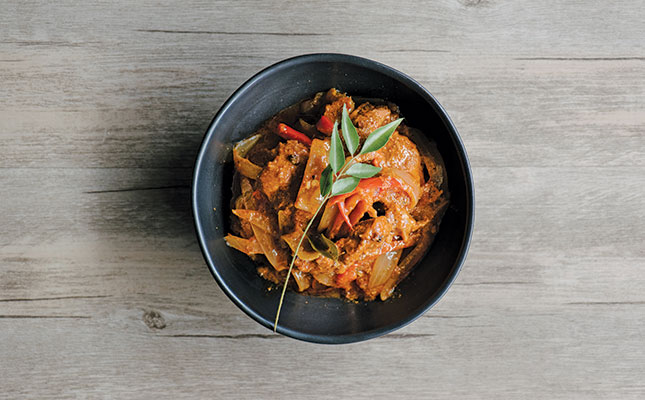 To make a pork fillet vindaloo for six, you will need:

First, a little background of historico-culinary importance. In 1961, the Indian Army quietly invaded the Portuguese colony of Goa and finally rid the subcontinent of its last colonial toehold. The new rulers kept quite a lot of the surnames and all of the recipes, of which Vindaloo is the jewel in the crown.

And so it begins…

Cut the pork fillet into bite-sized chunks. Squeeze the limes (or lemons as a lesser substitute) and remove the pips. Peel the garlic cloves. Yes, 10 are required – trust me, I’ve been there. Peel the ginger and remove all traces of sand. In a processor, reduce the garlic, ginger, vinegar and lime juice to a thick pulp.

On to the chillies. Reduce the number if you wish, and to lessen the threat of a veld fire in the mouth, discard the chilli seeds. Using pestle and mortar, pound the dried chillies, peppercorns, jeera, dhania, cinnamon and cloves to powder.

In a bowl, combine and mix thoroughly the thick pulp just made plus the pulverised spices and paprika. You can cut the labour by using industrially produced ground spices, but these have less flavour than those freshly ground.

Take about half this mixture and combine it with the raw fillet cubes. Stir it well to coat the meat thoroughly, cover with clingwrap and reserve for later.

Thinly slice the onions and red sweet pepper, then fry them over medium heat until the onions are soft and translucent. Add the remaining half of the spicy mixture to the fried vegetables, lower the heat and let the mixture simmer for four or five minutes, stirring occasionally. Add a tablespoon of water if it gets too thick.

Add the spiced fillet meat to the pan and, stirring well, let the meat fry over medium heat for five minutes. Pour in enough water to cover, but not flood, the solids, reduce the heat to a simmer, salt lightly and allow to bubble away lightly until the meat is done. Add the fresh curry leaves ripped from their stems. After a final three-minute simmer, remove from the hob.

Pour in enough water to cover, but not flood, the solids, reduce the heat to a simmer, salt lightly and allow to bubble away lightly until the meat is done. Add the fresh curry leaves ripped from their stems. After a final three-minute simmer, remove from the hob.

Serve this meal with the rice of your choice. While basmati has its own special flavour and fragrance, plain long-grain white rice may satisfy all your rice-related desires. A few hand-torn dhania leaves make a perfect garnish for the final plating. Pork has seldom tasted this good. 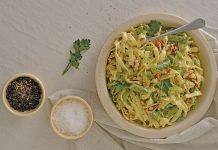 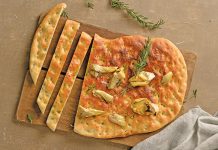 Focaccia with garlic, rosemary and artichoke