For South Africa to continue making a significant contribution to poverty alleviation in sub-Saharan Africa, the agricultural sector needs to thrive. According to Hamlet Hlomendlini, senior economist at Agri SA, this can be achieved if government, businesses, policymakers, civil society and farmers stand together and put politics aside for the betterment and transformation of the industry. 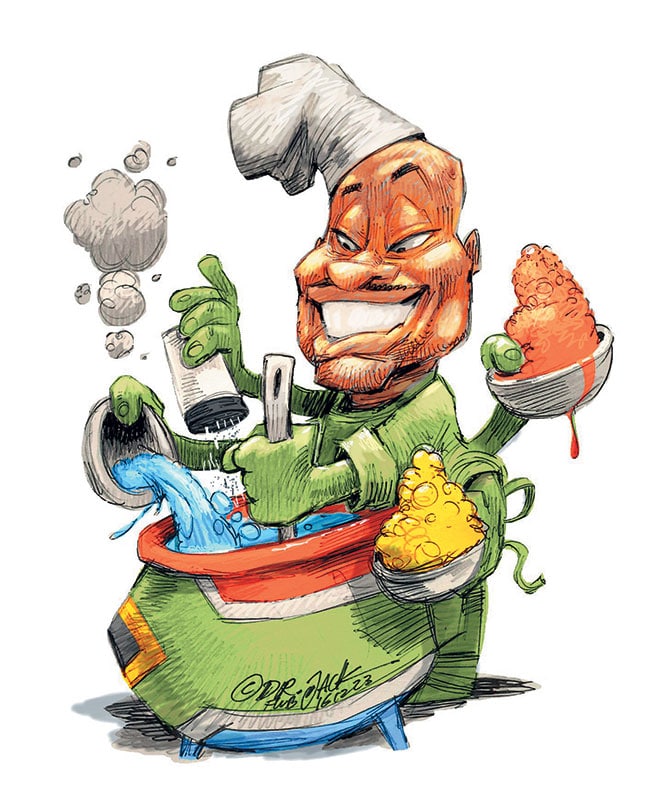 In recent years, there has been increasing concern about the ability of sub-Saharan Africa (SSA) to feed its growing population. The region remains the most impoverished in the world, and it is estimated that food production will have to increase 360% by 2050 to meet the population’s needs.

Agricultural output in SSA is primarily derived from smallholder farmers, who account for more than 80% of all farmers in the region.

READ Mechanisation in Africa: AGCO on its plans for the continent

The greatest challenge facing most of these farmers is a lack of technical farming skills, capital and adequate mechanisation. In addition, they farm on small parcels of land that are often degraded and have no access to irrigation. It is for these reasons that most smallholder farmers in the region cannot produce optimally.

South Africa, with its well-developed commercial farming sector, can play a crucial role in supplying the region with good quality food.

Population growth
Estimates indicate that the current world population of 7,3 billion will reach 8,5 billion by 2030, and 9,7 billion by 2050. More than half of this growth is expected to occur in Africa, mostly in sub-Saharan Africa.

To understand why the growing population could pose a major challenge to the region, it is important to note two key factors.

Firstly, there are concerns about poor soil quality in some parts of the region. Secondly, the growing population could lead to low productivity of agricultural land due to subdivision and fragmentation of land holdings.

The role of SA farmers in the region
South Africa is one of the five largest economies in SSA. It is the only country in the region with a sophisticated and profitable agricultural sector, and is the region’s most food-secure country. It is also not expected to contribute much to regional population growth.

Although it has been particularly badly affected by the 2015/2016 drought, South Africa remains the largest net food exporter of major foodstuffs in Africa.

This is primarily due the competitiveness of the country’s commercial farmers, who are the main producers of export commodities – marketing mainly to Africa, the European Union (EU), the UK and Asia.

However, if South Africa wants to retain its status as SSA’s largest and most competitive food producer, several issues must be addressed.

Needed: a change of attitude in agriculture
It is no a secret that apartheid has contributed immensely to the current landscape of agriculture in South Africa and the tensions that currently exist within the sector. Apartheid allowed white people the opportunity to create value in agriculture, while at the same time depriving black people of the same opportunity.

Apartheid allowed white people the opportunity to create value in agriculture, while at the same time depriving black people of the same opportunity.

Ultimately, this led to differing perceptions of agriculture, with commercial agriculture perceived to be dominated by white farmers, and smallholder agriculture by black farmers.

A different mindset is therefore needed in terms of how agriculture is viewed. Agriculture in South Africa will only thrive when government, businesses, policymakers, civil society and farmers (commercial and smallholder) stand together and put aside politics for the betterment and transformation of the sector.

Agriculture, unless practised only for subsistence purposes, must be approached from a business point of view, and not from a political standpoint.

Land reform and water storage capacity
Land and water are the main pillars of agriculture, and the key drivers of sufficient production. The greatest problem with land reform in South Africa is that it is carried out by officials with no agricultural knowledge.

Given that government’s land reform policy, even in its modified format, has not lived up to its expected outcomes, it is important to shift the focus to addressing the issue of property rights, while preserving and keeping agricultural land in full production.

It is also crucial to select beneficiaries on the basis of farming experience, provide them with proper and adequate support, and establish partnerships between them and organised agriculture.

Most agricultural production in South Africa, especially grain production and particularly by smallholder farmers, is heavily reliant on rainwater.

Considering the devastating impact that the drought has had on the sector, it is perhaps time for government, businesses and organised agriculture to sit down together and start talking about possible ways of expanding the country’s water storage capacity, and perhaps consider building additional dams to increase this.

Greater Investment in agriculture
One of the major challenges facing the agricultural sector in South Africa is that both government and private sector investment has been very low since 1994. Yet government continues to demand food security from the sector.

While government must be applauded for creating an enabling environment for commercial farmers to export produce, budget allocation for the sector remains very limited.

Smallholder farmers, on the other hand, find it extremely difficult not just to find viable markets for their produce, but to produce marketable commodities. The lack of adequate support for these farmers is a major obstacle to the transformation of the sector and the potential of some smallholder farmers to become commercial producers in the future.

If South Africa aims to feed the region, government must increase its expenditure on the sector, and direct it to improving agricultural infrastructure, research and development, and education and training for smallholder farmers.

Attracting young people
Since 1994, many initiatives aimed at improving the sector, especially for smallholder farmers, have been instituted. Given that farming is a business, it is necessary to come up with innovative tools and measures that will ensure that all farmers, and particularly smallholders, can improve their competitiveness.

Farming business models that enhance farmers’ productivity and competitiveness will have to be designed to ensure that South Africa plays a significant role in contributing to poverty alleviation in SSA and remains a net exporter of food.

Using modern technology innovatively is vital to help farmers improve productivity and grow crops more efficiently. But it is no less important to organise farmers, especially smallholders, in an innovative fashion, ‘connecting’ them to the information they require to become successful.

This will help them to transform their farming enterprises from traditional farming approaches to new practices that could help them improve soil quality, and so increase productivity.

Lastly, there is a great need to devise innovative ways to attract young people to the sector. In fact, this is crucial to the sustainability of the sector.

Young people should be made aware of farming as a business career option that offers great opportunities to engage in all levels of the value chain and realise good returns on investment. 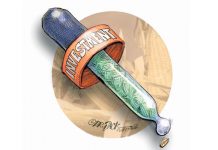 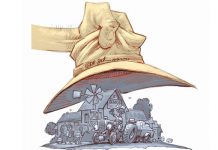