Smaller farmers struggle to sustainably produce large quantities of quality crops and get them to market. The ‘cluster farming’ concept is changing that, says Diale Mokgojwa of Standard Bank.

In South Africa, the enormous gap between large-scale commercial farmers and smallholder farmers, who have limited access to resources, land and machinery, has resulted in many farmers simply not being able to regularly produce the quantities of crops required to enter formal markets.

Often, these farmers benefit from corporate social investment (CSI) programmes that help them to develop skills and increase output. But for most, becoming a recognised supplier who can compete with larger growers for a piece of the market remains a dream.

But the situation is changing. More and more farmers have been able to utilise the lessons learned through CSI support and, with additional interventions, have entered formal markets on their own. The secret behind their change of fortune has been the introduction of the ‘farming cluster’ concept, an approach that has resulted in Standard Bank collaborating with the South African Agri Academy.

Joint output
The cluster development model enables a group of farmers to collaborate on purchases for their input requirements. These farmers then receive the support necessary to produce a single crop to similar standards on each of their farms. The aggregate output of the farmers is then combined and sold to a client.

The major benefit to the farmers supported by the Agri Academy and Standard Bank is that they do not need market agents to represent them. As a result, they do not have to sell their crops at the major produce markets in competition with big commercial enterprises.

Instead, with the assistance of the Agri Academy, they are linked directly to retailers. The retailer sets the standards required, specifies volumes and quality, stipulates prices for the crop and even facilitates collection of the crop.
In this way, farmers become viable producers of cash crops. Their efforts are more profitable than they were before joining a cluster, and the collected tonnage of crops on offer makes their small farms sustainable.

Reduced costs, Higher prices
The farmers, who operate according to contracts with retailers, also benefit from the reduced costs of being able to enter the agribusiness value chain at a higher level than many large-scale commercial farmers can achieve. In addition, prices are often higher for the farmer, as he does not have to be concerned about market agents and other associated costs.

The success of the concept has seen at least one major food-processing company establish a central collection, storage and grading facility for produce from a cluster. Others have invested in packing sheds where quality inspections take place and the produce is packaged to the retailer’s required standards for direct shipment into stores.

Mentors
Through the SA Agri Academy and Standard Bank programme, mentors have been appointed to assist farmers with all aspects of production and teach them the financial skills for farm management. In this way, land reform beneficiaries have been able to make their small farms profitable.

The mentors follow the farmers through the production cycle and terminate their involvement once retailers’ standards are adhered to. At this point, inspectors appointed by the retailers enter the picture. Clusters now produce a vast array of market commodities, ranging from garlic and spices to eggs and chickens. To date, there are 675 members of such clusters in all nine provinces. The largest group can be found in the North West’s Taung and Vryburg areas, which together account for 306 members.

Cluster farming is playing a role in opening participation in agribusinesses to smallholder farmers who, after they become established, participate in the formal economy and banking system. 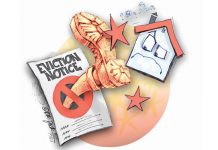 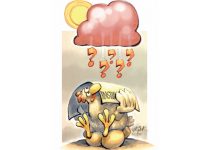 The case for a national agri insurance plan