Home Tax & Management Global Farming So ARC has a vision for 2050? How about one for next... 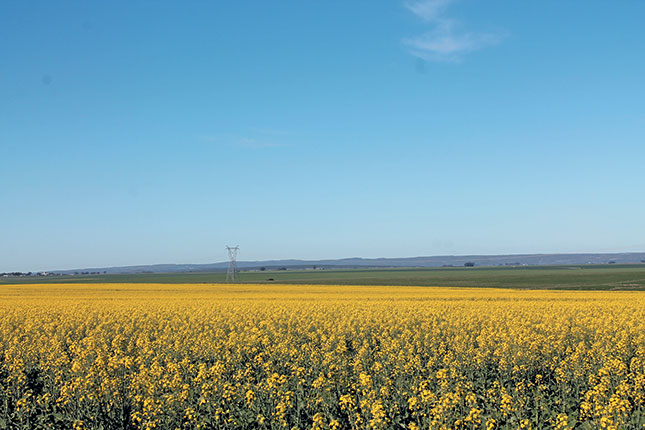 This formed the basis for a workshop on ARC strategies to cope with the problems that agriculture will face in 34 years. The initiative contains a noble mission statement: the ARC will seek to be “the custodian of research and develop innovative solutions” for the agriculture sector to “safeguard food security for the future across the agricultural value chain using state-of-the-art technology”.

Of course, we all want a sustainable agri-sector than can grow, develop the skills of workers, protect the natural environment and promote food security. But this goal cannot be achieved by a single research institution; it requires the cooperation of various government departments and the private sector.

Back to today
Now let’s rewind to some of the realities of 2016. Right now, exporters are struggling to get provincial veterinary officials in the various provinces to apply regulations in a uniform way. The supply of vaccines from Onderstepoort Biological Products (OBP) is a disaster; you don’t need to be clairvoyant to know that, sooner or later, a biosecurity crisis has to occur.

SA farmers have faced the worst drought in many years with little or no support from government. Although government reportedly allocated R1,8 billion for drought aid, commercial farmers received none of this money. Fortunately, Agri SA and other organisations provided much-needed aid to both commercial and emerging farmers.

Water is a critical resource in South Africa, yet many irrigation schemes are not managed properly, and canals and other water supply resources have deteriorated. While leakage from water supply systems remains a major problem, the department of water spends its time policing farm effluent dams. Few officials seem to properly understand the management of South Africa’s complicated river system and how to ensure its stability, particularly in the case of a flood.

Lessons from history
Towards the end of the 19th century, cities around the world faced a serious and growing problem: the ever-rising number of horses and, as a result, the vast increase in horse manure on the streets. In the 1890s, the The Times predicted that “in 50 years every street in London will be buried under nine feet of manure”.

Despite much debate and even an international conference, no answer was found. But the problem was finally solved – through the development of electric trains and affordable motor cars.

The lesson is that the problems of the future will be solved in ways not even envisaged now. It makes no sense to spend our time wondering how we will feed the population in 30 years. We must ensure we can feed South Africa in 2017!

Agriculture’s wish list
What commercial agriculture needs now above all else is good governance. If, for example, OBP is unable to produce the vaccines required by farmers, government should allow veterinary suppliers to source vaccines from other countries.

Land reform creates uncertainty. Government must finalise the land claim process so that farmers can stop worrying about it and concentrate on producing food.

South Africa’s commercial farmers are efficient and resilient. They are used to farming with little or no government support. However, they have the right to expect government to do its job. Its track record over the past few years does not fill one with confidence that it will do so.

Becoming a vegan won’t save the planet!

The case for grain-fed beef

Product prices, input costs, and what to do about them