Wandile Sihlobo, one of South Africa’s foremost agri economists, is perfectly placed to provide a balanced, accessible view of agriculture in South Africa. He spent his school holidays in the rural Eastern Cape, studied agricultural economics at university, has worked in private-sector agriculture, where he consulted widely with farmers, and has been a policy adviser to government.

The book covers the broad themes framing current discussions, and outlines the challenges faced by South Africa’s agriculture sector, as well as the opportunities offered. These include:

Ultimately, Sihlobo is optimistic about the future of South Africa’s agriculture sector and shows us all, from policymakers to the general public, how much common ground we truly have.

Wandile Sihlobo is chief economist of the Agricultural Business Chamber of South Africa (Agbiz) and a member of President Cyril Ramaphosa’s Economic Advisory Council as well as the Advisory Panel on Land Reform and Agriculture.

He holds an MSc (Agricultural Economics) from Stellenbosch University and has previously served as an economist at Grain South Africa.

Sihlobo was named Agriculturalist of the Year (2018) by Agricultural Writers SA, and was included on the Mail & Guardian’s Top 200 Young South Africans list for 2019. Finding Common Ground is his first book.

Available in all book stores and online

Finding Common Ground will be launched at a webinar on Tuesday, 23 June at 1pm South African time (GMT+2). Sihlobo will be in conversation with Refilwe Moloto, an economic and investment strategist and host of Breakfast with Refilwe on CapeTalk.

Purchase the book at any of the following online stores: 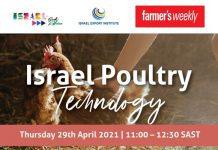 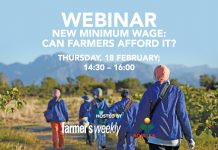