The Free Range Chicken Company, one of South Africa’s leading producers of free-range eggs, is the first company in the local industry to start producing free-range liquid egg products. Managing director Dr David Allwright says that although this convenience product is still serving only a niche market in the retail sector, and is mainly aimed at keen bakers and health-conscious consumers, demand is growing rapidly.

The story actually begins in 1935, when Eikenhof Poultry Farms, part of the family-owned Melsetter Group, was established near Grabouw. In 1995, the farm began selling free-range eggs commercially to Woolworths and other retailers. Five years later, the Free Range Chicken Company was established as the holding company.

Read: Starting your own poultry business

The liquid egg products had their origin in Eikenhof’s free-range eggs. David says that the company produced about 1,8 million dozen free-range eggs per annum, supplying local supermarkets such as Woolworths. However, as the demand for bigger eggs (extra-large and jumbo) kept growing, the company began struggling to find a market for their surplus large, medium and smaller eggs, which accounted for up to 30% of total production.

The Free Range Chicken Company started producing liquid egg products to utilise this 30%. “The company’s consolidated sales have grown to over four million dozen eggs per annum, with more than half the eggs that we produce now going towards the production of liquid egg products,” says David.

New in SA
Liquid egg products have long been available in countries such as the USA and UK, but are still very new to the South African market. “The pure egg white and low fat egg products have so far been more popular than whole liquid egg, probably because these products appeal more to people who are health-conscious,” explains David.

All the fat and cholesterol in eggs are in the yolk. To produce the low-fat product, the egg white and yolk are separated, then mixed again, but with a lower percentage of yolk. “Demand for the retail products isn’t very high yet,” says David, but adds that in the year since their introduction, supermarket sales have grown to more than 1t/week.

When the product was first introduced into the retail sector, David and his team found it a bit of a headache to know on which shelf in the supermarket it should be displayed. “We first put it next to the cream, but eventually found that it sold best when displayed next to the fresh chicken,” he explains. Growth in demand for the bulk product has been strong and sales now average around 30t/week.

Free-range business
According to David, there are about 25 million layer hens in South Africa, of which about one million are free-range. The Free Range Chicken Company holds a considerable market share in free-range egg production in South Africa, with about 320 000 hens. It started producing free-range eggs in the early 1980s, for Woolworths.

“We started out with fewer than 30 000 free-range hens and experienced very strong growth from this low base exceeding 20% year-on-year,” says David. “It was during the economic crises in 2007/2008 that our growth started slowing down. But recently, the demand for free-range eggs has again started increasing in SA, bolstered by free-range liquid egg products.”

Free-range eggs are 40% to 50% more expensive to produce than conventionally farmed eggs. David explains that two of the most significant cost drivers in free-range egg production are the high capital investment in terms of infrastructure and the higher feed cost. A typical housing structure will accommodate more than three times as many conventional hens as free-range chickens. Furthermore, since the hens are free to roam, they require more food to sustain this increased activity.

A chicken in a conventional system typically requires about 110g of feed/day. A free- range chicken requires up to 135g of feed/day. “The difference in feed requirements may not sound significant,” says David. “But if you take into account that feed costs account for 60% to 70% of total production costs, it makes sense that even a small increase in the amount of feed required will have a substantial impact on overall costs.”

Regulation
The regulation of free- range farming in SA remains a challenge, adds David. This is mainly because the current Marketing of Agricultural Products Act of 1996 does not provide for product differentiation in terms of management practices. The Act is being reviewed by the Department of Agriculture, Forestry and Fisheries (DAFF) which, under Minister Tina Joemat-Pettersson, undertook to review all legislation pertaining to agriculture.

But since 2010 only three bills have been passed by parliament and the Marketing of Agricultural Products Amendment Bill of
2013 is one of about 20 still to be processed. As members of the SA Poultry Association (SA Poultry), local free-range egg producers undertake to comply with the association’s code of practice for free-range production, which is based on the EU’s free-range regulations.

This means the industry is being regulated by supermarket standards, says David. “Woolworths has very stringent requirements and we’re subjected to up to 13 unannounced compliance audits per year. The SA Poultry Code of Practice requires that the barn where the chickens sleep provides at least 1m² of floor space for every 10 chickens. We usually house about eight hens per square metre.

Furthermore, free-range hens have to have access to at least 1m² of outdoor range area for every five chickens.” Apart from its free-range egg production, packaging and processing business, the Free Range Chicken Company is also a joint venture partner in Peak Pullets, a pullet-rearing business.

Spent hens
Melsetter Foods, will soon start producing value-added free-range chicken products.“Traditionally, layer hens that have reached the end of their productive lifespan are sold live, as a source of cheap protein for poorer communities,” says David. “The problem with this is that as soon as the chicken is sold, we no longer have any control over how it gets cared for. The philosophy behind free-range food production is that animals are treated better. That’s why we decided to start a business that would allow us to deal with our spent hens in an appropriate manner.”

Organic eggs
The business is also gearing up to start producing organic eggs. Initially, this will be run as a sideline with only about 4 000 hens to test demand. Organic eggs are very expensive to produce, mainly due to the high cost of organic feed. The eggs will be produced specifically for Woolworths, which wants to offer its customers the option of purchasing a wider range of organic goods.

This article was originally published in the 13 December 2013 issue of Farmer’s Weekly. 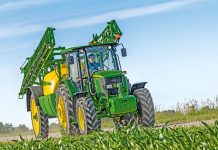 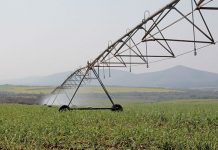