Riaan Strydom and his brother have managed to grow a small family farm into a huge, diversified farming business. He spoke to Wouter Kriel about their constant search for new opportunities to add value.

Riaan Strydom and his brother Mario own the farming business Bokmakierie Holdings. They grew up in the small town of Krakeel near Joubertina in the Langkloof, Eastern Cape.

Over a 20-year period, they have managed to grow a small family farm into a diversified mega business. Over the past 10 years, they were able to grow the business’ turnover tenfold.

“Fruit was our family farm’s main activity, but we always had a few chickens as an additional source of income. In 1996, when my father passed away, we had a flock of about 200 birds. We sold them locally, and this small business grew to the point where we registered for a home butcher’s licence in 1997. We were slaughtering about 1 500 birds a week and supplying shops in Krakeel and Joubertina when I came to the farm in 2002,” recalls Strydom.

Poultry business
In 2007, the brothers acquired a 3m x 6m shop space in Joubertina from where they sold their chicken and pork products. The business grew, and they extended the range to include beef and sheep products. As demand and volumes grew, they had to increase their shop space.

“In 2010, we invested in a commercial butchery in Joubertina. Then, in 2019, we constructed a new, on-farm meat-processing facility, where all meat orders are now processed and packed for clients.”

Strydom says the popularity of their poultry and pork products has always been due to superior quality and size.

“We slaughter our chickens at 42 days instead of the industry norm of 28 days. People love the large size of our portions compared with what other producers offer. This has allowed us to grow to where we are today, with a flock of 109 000 chickens and slaughtering 2 500 daily at our abattoir.”

A major challenge for their poultry business is the high feed cost that they have to absorb. To keep pricing competitive, they use three feed suppliers.

Due to their growth in volume, they had to reach beyond Joubertina and the local community.

“We now supply major retailers in the Eastern Cape, and the poultry business employs more than 80 people,” says Strydom.

Part of their success is the fact that they are involved throughout the value chain. “We grow, slaughter, process, market and distribute the product. This enables us to add value throughout the chain, and also manage costs.”

Fruit business
In terms of the fruit component of the farm, Strydom says they inherited a farm with old trees, which were producing low yields of cultivars that were out of favour in the marketplace.

“We started with a replacement strategy, gradually replacing the old blocks with modern cultivars and higher-density orchards. We plant mainly Fuji and Royal Gala apples, and all new orchards are on trellising,” says Strydom.

The brothers have learnt some hard lessons along the way, the most fundamental of these being that shortcuts don’t pay when establishing an orchard.

It is a non-negotiable that soil preparation, irrigation infrastructure, and trellising are in place before planting, and planting must be done at the right time. An apple or pear tree needs to be in production after three years and has a productive life of 25 years, after which it should be replaced.

Fall behind on these parameters, and you will struggle to make money, says Strydom.
The brothers have 70ha of land to work with, but due to water insecurity in the Langkloof, Strydom is prepared to have 53ha under orchards. However, he is trying to get a higher yield from the trees.

“I want to increase production by another 50%. We need to get to the optimal yield, but still with good fruit size. The targets seem to be 80t/ha for apples and 65t/ha for pears. Once you go over that, you’re penalised with smaller fruit,” he says.

Strydom says that to improve production yield, they are experimenting with tree spacing, fertigation and drape nets.

“Traditionally, we said that the height of a tree should be limited to 80% of the width of the orchard row. I believe you can adjust this ratio to 100% and even 110%. These higher trees do, however, have an implication for trellis design, especially if you want to make use of drape nets.”

Strydom would like to have 60% to 70% of their orchards under drape nets within the next five years. Drape nets, at R100 000/ha, are substantially cheaper than permanent nets, which cost between R250 000/ha and R300 000/ ha to install. The Strydoms are experimenting with nets of different colours to test how this affects the colouring of the apples.

“With apples, colour is everything. A green Pink Lady is only good for juice, whereas a red one can be exported,” he says.

Their packout percentage and grading have improved significantly since they introduced the drape nets. In the past, for example, they would get sunburn damage on 30% to 35% of Granny Smith apples, reducing them to juice quality.

Irrigation
The Strydoms install micro-sprinkler irrigation for all new plantings and use this for fertigation as well.

The farm gets its water via open furrows from Krakeel’s Corner, a high rainfall area in the Tsitsikamma Mountains and the catchment for the Krakeel River. Krakeel does not have a storage dam; when it rains and the river flows, water is diverted into the furrow system.

Krakeel’s Corner receives between 800mm and 1 000mm of rainfall a year. In Krakeel, it rains about 500mm a year, while the area just across the road, where most of their orchards are, receives only 300mm to 350mm a year.

“We can only farm here if we can get the water from Krakeel’s Corner to our orchards. We fill our dams throughout the winter months, from where we manage our irrigation system,” says Strydom.

Recipe for success
Asked about their stellar growth over the past 20 years, Strydom says they try to add value to everything they do on the farm. They are also not scared to try out new ideas, but if something does not work, they move on quickly.

“We tried farming potatoes, we had a beef feedlot and a sheep feedlot, and many more schemes. If the numbers don’t add up, close it,” he says.

Strydom believes that new technology and mechanisation can aid product quality. He can monitor all climatic data, soil moisture levels, irrigation data, and temperature readings from the chicken houses and various cold rooms in their business using a cell phone app.

He sees potential in online sales, and is planning a platform for meat sales and door-to-door delivery.

“We grew very fast, and this can be dangerous, as growth can force you to take on too much debt too quickly, which can kill your business. We learnt this lesson in the past when we established too many hectares of new orchards with a limited budget. The results of stunted trees and low yield speak for themselves. Rather do less, but properly.”

He adds that with increasing volumes, a farmer’s exposure to upstream and downstream partners increases, which in turn increases the risk associated with each transaction.

“We had to become more conservative as we grew in size. Bokmakierie grew from a R10 million turnover in 2011 to our current R100 million annual turnover. In a diversified business such as ours, we need to be in control of each division, or risk ending up with profitable divisions subsidising unprofitable ones without our being aware of it.”

The brothers use a daily accounting system, and have weekly meetings with their accountants.

“I want to progress to where I know today what happened in the business yesterday. This is especially important for the abattoir and the butchery, which have a fast turnover. If you have a business that generates money quickly, you can lose it equally fast.” 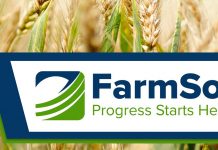 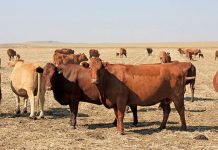 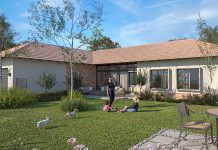