The price of rooibos has fallen from an all-time record of R67/kg in 2018, to the lowest in years this season, due to supply and demand being out of sync.

Prices have been on an upward trend since 2015, with production shortages caused by drought conditions experienced in 2017, resulting in the rooibos harvest coming in at a mere 12 500t in 2018.

The improved prices resulted in farmers planting more rooibos, and in combination with improved climatic conditions, the 2019 harvest hit 21 000t and 20 000t in 2020.

“We know that rooibos prices are cyclical, but this has been one of the biggest falls we have ever experienced. Prices averaged around R67/kg in 2018, declining to R51,80/kg in 2019, to hit a mere R25,25/kg this year,” says Wimpie Smit, co-owner of AMW Boerdery.

The situation had been exacerbated by a decline in demand. Martin Bergh, general manager of Rooibos Ltd, said rooibos demand averaged around 16 000t per annum, but had declined to between 14 000t and 15 000t due to reduced local consumption.

“Consumer expenditure is under pressure locally, because of the poor economy. Rooibos is not expensive per cup, but it is slightly more expensive than black tea,” Bergh said.

Exports had, nevertheless, grown 10% over the past three years, resulting in South Africa now starting to sell more rooibos tea overseas than locally.

“Our increased footprint overseas clearly shows that generic marketing attempts are paying off and that the majority of overseas consumers not only know what rooibos is, but also the health benefits of the tea. This has also spurred growth in the rooibos health and beauty product categories,” Bergh added.

While it was still early days, Smit said he foresaw that the current slump may not last as long as anticipated.

“Farmers lost up to 30% of their new plantings last year, due to either poor germination or wind damage, while nurseries reported that they treated half as many seed as the previous year, indicating that the area under production will decline again soon.”

Many wheat and potato farmers who have started planting rooibos because of favourable prices might also now revert back to their traditional crops, which would help to restore the balance between supply and demand. 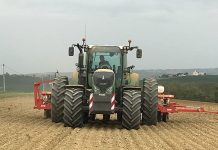 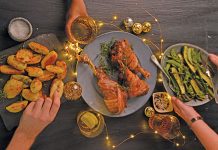