Hyundai has earned a reputation for quality and reliability. In a hotly contested class, the new Tucson compact stands out. It’s comfortable on the tar and capable on dirt roads. Gavin Foster reports.

Hyundai has been with us for two decades now, and the brand has gained a reputation for quality, with its cars no longer judged on price alone. The latest version of the popular Tucson family compact is a clear improvement on the outgoing wagon.

It is also bigger, being 65mm longer and 35mm wider, while the wheelbase has been extended by 30mm to allow for a longer, more spacious cabin.

The new range initially consisted of five versions, all with either the 115kW naturally aspirated 2-litre engine or the 130kW 1,6-litre turbocharged petrol engine.

In November last year, two new diesel versions arrived: a 1,7-litre Executive with a 1 685cc forced-induction engine delivering 85kW of power and 280Nm of thrust, and a 131kW/400Nm 2-litre Elite six-speed auto turbodiesel for those who need to tow or are in more of a hurry. Unfortunately, there is still no diesel-powered 4WD version available in South Africa.

Depending on the model chosen, you can opt for a six-speed manual or auto transmission across the range, and there is a seven-speed dual-clutch gearbox standard in the Active-on-Demand 4WD petrol version.

At the launch of the diesel model, I drove the 1,7-litre manual Executive and thoroughly enjoyed it (the 2-litre auto Elite was tied up in Customs).

Useful mode
In the 1,7-litre model, the torque from just off idle is very useful, and the six-speed manual transmission is crisp, with well-chosen ratios. Hyundai claims a 0-100km/h time of 13,7 seconds and a top speed of 176km/h for this model, with the 2-litre version being 4,4 seconds quicker and 25km/h faster.

The smaller engine does not feel as lethargic as these figures imply, and I would happily live with the car I drove. The 2-litre would doubtless be even better, but at a price. The jump from R440 000 to R520 000 is off-putting, even with the higher specs and beefier engine.

Despite its all-wheel-drive power train, the Tucson is not a serious off-roader, lacking as it does a low-range transmission and differential locks. However, it does feature a useful 4WD lock mode that can be engaged at below 40km/h.

Dirt roads
In any form, the Tucson is a well-built, well-equipped family wagon that can cope well with dirt roads as long as traction is not too much of a factor.

The Hyundai Tucson is priced between R370 000 and R520 000 and comes with the company’s generous five-year/150 000km general warranty and roadside assistance plan, as well as a new seven-year/200 000km drivetrain warranty and a five-year/90 000km service plan. 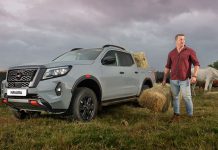 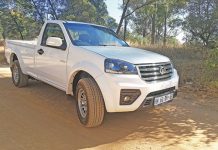 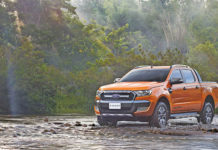