Home Technology Motoring Testing tyres in the wet and dry

Motoring magazines sometimes publish comparative tyre tests conducted on a racing track by their (untrained in engineering) journalists plus a racing driver.

The inevitable result is that dry road grip and handling take preference over all other tyre qualities. Gut feel and personal opinion rule the day instead of a more scientific approach that generates numerical results.

I realised how inadequate these tests can be when I visited two tyre testing facilities in Europe, both owned by a major tyre company. I came away highly impressed with the way the testing was conducted.

The first test centre was based at an abandoned racing circuit, modified to create the required conditions. The road surfaces were perfectly flat, not cambered, and the sides of some portions of the road were fitted with embedded, vertical metal strips.

When the road was flooded by sprinklers, the water depth stayed at the required level. I saw the following tests performed:

Wet and dry grip
Some parts of the circuit were dry, while others were flooded. I initially went out with a tyre engineer who showed me the preferred line through each corner. Later, I was let loose in one car fitted with the correctly branded tyres, followed by four cars fitted with competitive brands.

After some laps in each car I was able to pick the preferred car (the one with the most grip) without looking at the tag on the door. This was the only subjective test; the others generated numerical results.

Wet and dry braking
It’s difficult to perform comparative tests because pedal pressure varies between drivers and between different braking events. To overcome this, the test car was fitted with a pressurised piston that applied a set pressure on the pedal at a pre-set speed.

The car was accelerated to 85km/h and allowed to slow down to 80km/h, at which point the piston would apply the brakes and the instrumentation would record the stopping times.

Driving this car on wet or dry portions of the track allowed comparisons to be made.

Straight aquaplaning
Aquaplaning is the loss of road grip that occurs when a tyre rides on a layer of water instead of pushing the water to one side.

Worn tyres aquaplane easily due to the shallow grooves; new tyres are reluctant to aquaplane because the grooves in the tread conduct water away from the tread area.

For this test, the car was accelerated for over 60m with all wheels on a dry surface and then with two wheels on a surface flooded to 7mm of water. The change in vehicle and engine speed between wet and dry was noted, and this was taken as a measure of the amount of wheel spin caused by aquaplaning.

The car was fitted with an accelerometer that recorded sideways (horizontal) acceleration.

The car was then slowly accelerated around a large circle on a surface flooded to 8mm with water. As soon as the aquaplaning started, the car would lose grip, the cornering radius would increase and the accelerometer would show a lower reading.

Most major tyre manufacturing companies test their tyres in the same way.

New models coming onto the market are fitted with tyres specially developed for that model, so when it’s time to buy new tyres, it’s usually a good idea to stick to the same brand and type of tyre.

Jake Venter is a journalist and a retired engineer and mathematician. Email him at [email protected]. 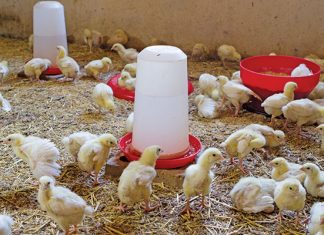