In this second part of our series on twinning in cattle, Chris Nel examines various gender combinations for farmers, and the advantages and disadvantages of these in a commercial and stud herd. He first reported on this complex topic in January 2000.

In the first part of this series, we looked at the economic advantages, artificial stimulation methods and logistical considerations of twinning in cattle. In this second instalment, the practical implications for the farmer are discussed.

Gender outcomes
The gender combination of calves in twins is distributed randomly, but in a specific proportion to one another: in a large sample, 25% of twins will both be heifers, 25% will both be bulls and 50% will be a bull-heifer combination.

In mixed-sex twins, the bull calf may be sub-fertile or infertile and is seldom of a desirable quality. About 90% of the heifers will exhibit outwardly visible secondary male characteristics and abnormal genitalia, as well as masculinised ovaries.

They are always infertile, while the remaining 10% are almost always sub-fertile.

The reasons for this can be related to early embryonic development in cattle, and specifically to the effect of the twin foetuses’ hormones on one another, due to blood exchange between the foetal membranes.

In cattle, the placentas of twins fuse during embryonic development (early gestation), allowing the blood of the two foetuses to mix.

As a freemartin is always sterile, it is useless for breeding. However, there is nothing wrong with its growth and carcass characteristics. In a beef production enterprise it can be weaned and finished off in a feedlot in the same way as any other weaner in the herd.

In fact, in a feedlot, it offers significant economic advantages over a normal heifer. Because it is sterile, it will not come into oestrous.

Spaying, feeding MGA to inhibit oestrus or inducing abortion for an unwanted pregnancy will never be necessary. This means that the input cost of a freemartin weaner in a feedlot is lower than that of a normal heifer weaner. But its growth rate is equal to, if not better than, a normal heifer’s.

Teaser bull
Arthur de Villiers of the Arcadia Bonsmara Stud in Vrede had another use for the freemartin AG 93 43 that was born into his stud herd – that of a ‘teaser/spotter bull’.

He points out that freemartins mount cows on heat as readily as do bulls. However, as no penetration can take place, there is no need for the surgical modification necessary when a bull is to be used as a teaser.

With a freemartin, the chances of injury are minimised and the possibility of transmitting sexually transmitted diseases is zero. It does not fight with bulls, is non-aggressive and is a pleasure to work with.

Arthur refers to this freemartin, which he often used in demonstrations and which consequently travelled widely across the Free State for this purpose, as ‘the ultimate teaser bull’.

“In a stud operation, we write off the heifer if the other calf is a bull,” he explains. “We use her only for slaughter or as a ‘teaser bull’ as mentioned.

“If the twins are two heifers or two bull calves, they can be valuable if we provide extra feed to the cow to rear two good calves and conceive again. If not, the cow will wean two runts, even though their combined weaning weight may be higher than that of a single weaned calf. But the cow will not easily conceive again within 84 days (the ideal) after calving.

Arthur says that in their herd, a calf weaned at 150kg is a runt. But two 150kg weaned calves equal 300kg, and they seldom wean a single calf at this weight on the veld.

On the other hand, although a combined weight of 300kg in this case looks impressive, there is little that can be done with such light calves. So Arthur tries to wean them at a weight of at least 200kg each.

“Even if the feed costs two-thirds, the price of one calf, it’s worth our while,” he says.

Twinning has another practical use: “The average beef herd can expect an annual calf mortality rate of between 1% and 3%.

In the short breeding season in our herd, should a calf die from any cause except congenital contractural arachnodactyly (CA) or an infectious disease, we skin it and put the skin over one of the twins if it’s born within a week or so of the dead calf.

We then introduce it to the cow that had lost her calf. She normally accepts and adopts it within minutes and weans it naturally.”

Occasionally the calf has difficulty accepting its surrogate mother, but after a day or so without milk and some coaxing in the crush, it will invariably start suckling from the cow.

“A few days in a kraal with fodder and water cements this bond. We remove the heifer (or bull calf, if it’s weaker) from mixed-sex twins to put with the surrogate dam for a double dose of colostrum. In this way, we avoid carrying a cow that has lost its calf ‘free’ for a year,” he says.

This cow thus rears a calf (even if not her own), maintains her weaning index and does not become over-fat or ox-like. Both she and the dam of her surrogate calf receive normal treatment, and both wean ‘normal’ calves and reconceive within the ‘normal’ period.

Arthur adds that because twins weigh between 50kg and 60kg in total, abnormal strain is placed on the uterus. Injecting long-acting oxytetracycline at 10mℓ/100kg prevents possible infection or injury.

Same-sex twins
Same-sex twins present no complications, apart from calves generally not performing as well individually as singletons and placing additional stress on the body reserves of the cow.

In general terms, the more stress a cow is subjected to after calving, the longer she takes to come on heat again.

Arthur agrees that well-managed twinning could be economically valuable in an intensive beef production enterprise.

“But in a stud operation, it’s more of a nuisance than anything else, except where twinning is a specific selection criterion. However, two bull calves or two heifers can be valuable.”

Prof Dietrich Volkmann of the Department of Reproduction at the Faculty of Veterinary Science, University of Pretoria, points out that a new technique of sexing embryos at a very early age has created the possibility of transplanting same-sex twin embryos into a single recipient cow, if there were not enough recipients to immediately receive embryos flushed from a donor cow.

Because of the cost, this technique would be economically feasible only in a stud herd. But it would ensure that each embryo developed to its full potential.

Other problems encountered in twinning are a retained afterbirth due to the additional stress of carrying two calves on the uterus, and a high number of twins (about 20% to 25%) being born prematurely.

Lastly, the abortion rate in twin conceptions is higher, partly due to the stress of carrying two embryos, mostly due to malpresentation rather than calf size. 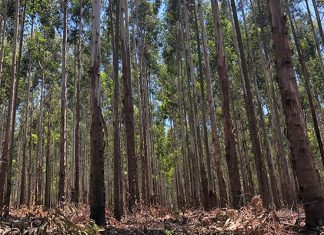 June 1, 2020
South Africa’s graphic paper value chain has expressed uncertainty about the future, as well as local demand as the economy gradually reopens from the hard lockdown to contain the coronavirus...