The South African government has proposed a tax on all sugar-sweetened beverages sold in the country. Trix Trikam, executive director of the South African Sugar Association (SASA), shared the industry’s views on the subject with Lloyd Phillips.

Why has the government proposed a tax on sugar-sweetened beverages (SSBs)?

According to the government, the tax is aimed at reducing obesity levels in the country.

When was this tax proposed, and when does the SA government want it implemented?
The mooted tax was announced by finance minister, Pravin Gordhan, in his budget speech in February last year. Government wants to start implementing the tax in April 2017.

Where did the idea of the tax originate?
According to the Treasury’s policy paper, the idea came from the Department of Health’s strategy for the prevention and control of obesity.

This tax was among many measures suggested to combat obesity in South Africa. In our submission to Treasury, we aver that the association between the imposition of such a tax and a corresponding reduction in obesity is not even claimed by the World Health Organisation (WHO) or any other credible scientific authority. In its comprehensive study involving meta-analysis of all available research on the subject, WHO found no evidence that sugar inherently causes obesity.

The NeuroFAST consortium, funded by the European Union, has also concluded that a single food substance cannot account for overeating and obesity.

It is interesting to note that in countries such as Australia, the US and the UK, sugar consumption per capita has reduced over the last 20 years, while obesity levels have increased. We are not aware of any country where the introduction of this tax has reduced obesity levels.

How is the proposed tax on SSBs designed to operate?
SSBs would be taxed according to the grams of sugar they contain.

What is the sugar industry’s attitude towards the proposed tax?
We do not support the proposed tax as it is bound to have a devastating impact on an industry already facing a severe drought and other challenging external factors.

We are seriously concerned because the imposition of the tax will have significant and far-reaching consequences on the livelihoods of those dependent on the sugar industry.

This is particularly significant in cases where historically disadvantaged business owners will be put at risk.

Unfortunately, there will be job losses – an undesirable consequence that will compound South Africa’s already alarmingly high unemployment rate.

The cane growing and milling activities of South Africa’s sugar industry create a total of 85 000 direct jobs, and indirect employment created by the industry is projected at 350 000 jobs. It is estimated that at least one million people depend on the activities required to supply the market with sugar.

The tax on SSBs poses a serious threat to the sustainability of the country’s sugar industry. It has been estimated that it will result in about 170 000t of sugar being sold on the international market, where SA has to compete against countries with heavily subsidised sugar industries.

This will effectively deal a fatal blow to any profitability by further decreasing industry margins to unsustainable levels. This will have a severe impact on the ability of sugar cane farmers and their local sugar mills, particularly those in deep rural areas, to continue production.

Would the SA sugar industry be prepared to accept any tax whatsoever on SSBs?
We feel that this proposed tax and the proffered reasons behind it are ill-considered. We are also firmly of the view that the tax seeks to demonise one substance – sugar – as being responsible for obesity. This is a flawed argument that lacks scientific evidence.

The singling out of an individual ingredient in a particular food product is unlikely to be a solution to a complex phenomenon that requires a multi-disciplinary approach to the promotion of a healthy lifestyle, including healthy eating plans and patterns.

Should government decide to go ahead with the implementation of the proposed tax, the affected industries must be granted more time to adjust to it.

In our submission to Treasury, we recommended that government defer the implementation of the tax until a full assessment of the causes of obesity and non-communicable diseases (NCDs) in the SA context has been undertaken.

This should include a socio-economic impact study to determine the extent of negative impact on the relevant industries. Measures should also be considered which will ensure that the objective of reducing obesity and NCDs does not result in increased unemployment.

Aside from its concerns regarding the proposed tax on SSBs, how is SA’s sugar industry faring presently?
It faces a combination of factors that threaten its future sustainability and even survival. These include the effects of the worst drought since the early 1990s, and increased competition in the Southern African Customs Union market from deep-water imports and regional sugar producers, as changes in the European sugar regime manifest themselves locally.

Independent economic and business consultancy, LMC International, estimates that the SA sugar industry’s margins are amongst the lowest in the world. This is due largely to escalating costs of production, some of which are beyond the influence of the sugar industry.

Another factor is the inability to recover costs as a result of market pricing being strained by competition from sugar imported from Swaziland, the Southern African Development Community and other sources.

What must South Africa’s sugar industry do to improve its current situation?
Directly, the sugar industry accounts for 0,6% of national gross domestic product. Indirectly, it accounts for even more. The economic multiplier for the industry is estimated at 3,2, which compares favourably with most other industries. Instead of contemplating imposing a tax on SSBs,

The economic multiplier for the industry is estimated at 3,2, which compares favourably with most other industries. Instead of contemplating imposing a tax on SSBs, government should look at interventions to ensure that the sugar industry thrives in these trying times. We implore government to reconsider this proposed tax due to the inimical effects it will have on the industry.

What do the next 10 years potentially hold for South Africa’s sugar industry?
The industry’s sustainability will depend on interventions by government. These include an appropriate import tariff to ensure minimal sugar imports, and a reconsideration of the tax on SSBs. Diversification interventions by government to include cogeneration and biofuels would help to grow the sugar industry.

The economic impact of the industry has proven over many decades to be so significant that entire towns, such as Tongaat in KwaZulu-Natal and Malelane in Mpumalanga, among others, have been established based on the activities of sugar cane production and supplying sugar.

The industry has been the main stimulus behind major infrastructural developments such as roads, railways and even seaport infrastructure.

Through its operations, the industry continues to play an important role in growing rural communities. We are firmly behind government’s objective of rural development.

The SA sugar industry is committed to the achievement of the National Development Plan, given the industry’s contribution to employment, skills development, and economic development in general.

SASA will continue to engage with relevant government departments regarding this critical issue and trusts that the consultative process currently underway can culminate in an inclusive decision that caters for the concerns and interests of all parties involved. 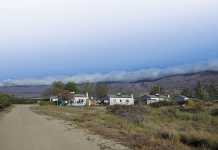 Understanding the Labour Tenants Act and its purpose