Moving from pigs to earthworms is not a typical business move – but that’s what Umhlali farmer Barry Milstead did. It’s part of his efforts to farm his subtropical orchards more in tune with nature. Robyn Joubert reports. 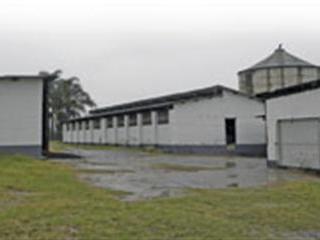 Upton Farm in Umhlali, on the KwaZulu-Natal North Coast, has been in the Milstead family since 1849. Currently a macadamia and litchi farm, it housed 3 000 pigs until 2007 when Barry Milstead closed down the piggery. “I had to invest millions to upgrade. The farm is too far from the maize producing areas, and waste disposal was becoming a problem, given the other crops grown on the farm.”

The farrowing houses lay idle until 2009, when Barry decided to try his hand at organic worm farming. He started by remodelling a farrowing house into four worm beds, and stocked them with the red wriggler (Eisenia foetida), a worm which is efficient at processing organic waste. Compost tea is made each day in four 1 000l vats, using two buckets of compost per vat. A high-pressure air pump is used to bubble air through a mixture of water and compost for 18 to 24 hours, after which the compost tea is added to the diluted leachate and applied to the trees.

Natural compost
Barry’s mission was to apply the worm leachate (worm urine or vermileachate) to 80ha of macadamias and 12ha of litchis, which vary in age from three to 13 years. Vermileachate, along with vermicompost and vermicastings, are effective organic fertilisers and soil conditioners, and offer the farmer myriad benefits, from reducing the cost of chemical fertilisers, to building a healthy and fertile soil and improving crop yields and quality.

Once the first wormery was up and running, Barry transferred vermicompost containing egg capsules and worms to act as the parent stock for the next set-up. Three years later, he has eight buildings filled with millions of worms. “We have reached the point where we are producing 24 000l of leachate a month – or about 800l a day. Every tree on the farm – 17 000 macadamia and 3 500 litchi trees – receives at least half a litre of leachate a month. It is just about sufficient for the tree’s needs and leaf sampling is done annually to monitor nutrients in the trees.” While some worm beds have been built using scrap materials, Barry’s ideal worm beds are built from brick and concrete. The worm bed is set on a 2% to 3% gradient so that the leachate drains into a collection bucket at the end of the bed.

Vermileachate is applied diluted with water at a rate of 1:20 and mixed together with home-made compost tea. Compost is made using the manure from Barry’s herd of 32 Ngunis, along with other organic matter. “We add 40l of mature compost to a 1 000l vat of water. Air is bubbled through the tank for 18 to 24 hours to take the microbes and nutrients out of the compost and into the water. That water is then added to the tanks with the worm leachate.”

This mix can be applied to the plants via the microjet irrigation system. However, on the drylands it is taken into the lands by way of two 2 000l tractor-drawn tanks. From there, two workers apply the mix to the base of trees at a rate of 20l/tree. It is also sprayed as a foliar feed every month or two.

“One benefit of using leachate is that the trace elements are immediately available because of their dissolved state,” says Barry. “Tests on the leachate by Cedara Agricultural College show that it contains 2,5g nitrogen, 35g potassium and 15g phosphorus per litre, along with a whole host of other elements in smaller quantities, such as calcium, magnesium, zinc, copper, manganese, iron and boron.” Precious Ntuli starts off a new worm bed using an old bath. Worm beds must have a waterproof base to allow for effective leachate collection. She first lays down flow net and Biddum (geotextile), which is followed by a layer of dry grass; a layer of vermicompost containing worms and egg capsules, and a layer of fresh food. It is then watered to keep the contents damp.

Barry says the biggest benefit of leachate is its high count of beneficial bacteria. “The organisms kick-start microbial activity and help break down organic matter, making nutrients available to the plant more quickly.’’ This increases plant growth, soil aeration, moisture absorption and improves soil life. ‘‘We don’t have enough water to irrigate the whole farm so I hope by doing biological farming, we can get away with dryland farming,” says Barry.

The wormery is run by Precious Ntuli, who feeds the worms vegetable scraps collected from the local Spar, other grocers and a vegetable packing plant. She first removes any onions, garlic, citrus and dairy. The worms also receive organic waste from the farm, such as leaves, grass cuttings, cardboard and paper waste, most of the latter being shredded first.
“The ideal recipe is 25% fibre, which can be made up of dry grass or paper, and 75% soft organic matter such as vegetables. You have to feed the worms well to get them to breed as quickly as possible,” says Barry.

Black gold
The wormery also produces vermicompost, which is known as ‘black gold’ because of its ability to revitalise the soil. “Vermicompost is the ideal plant medium but we have not reaped a significant amount because we’ve been using this to expand the wormery. Now that expansion is more or less complete, I will in future reap it and put it into the tea or use it for air layering in the litchis.”

While the overall soil ecology is expected to improve with prolonged use of leachate and vermicompost, Barry does not plan to stop the use of additional chemicals completely. “This year I am supplementing with a bit of urea and potassium. I am trying to farm closer to nature,” he says. This is the first year Barry is producing sufficient leachate to treat the trees every month and as such it is too early to measure an increase in annual yields. “I can only go by what I see and I am very encouraged. Hopefully as soils and microbial populations improve, we will see an ongoing improvement in yields and less fluctuation between bearing years.”