Deep inside the heart of every cook is the seldom expressed desire to invent something totally new. 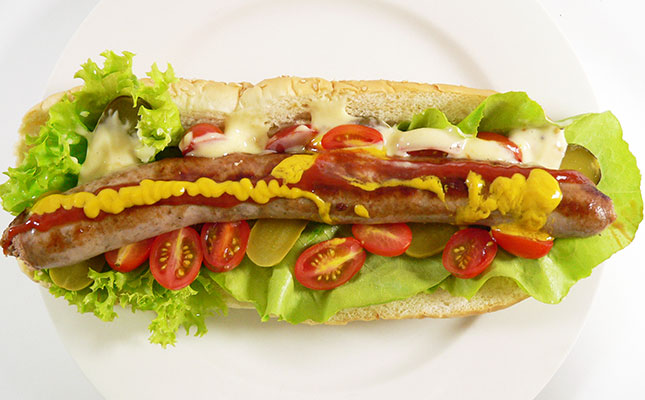 This cook has just finished reading a book on Vietnam and was impressed by two things: the defeat of the US by a mere army of 600 000 people, and secondly, something called a Bahn Mi.

This is a delectable piece of handheld food, a variation on the theme of the South East Asian sandwich, and it really got me going. It looks magnificent. The time had come to make a South African equivalent.

It seemed that all you needed was a nice roll, some minced pork, a variety of easy to get spices (cumin, coriander, cinnamon: the usual suspects) and quite a lot of fish sauce and lime juice. Oh, and cucumbers and little tomatoes and maybe some fresh Japanese daikon if we happened to have any sprouting on the estate.

The big deal turned out to be the minced pork. What your average Bahn Mi maker does when the time comes to manufacture one of these, is a series of unnecessarily fussy little bits of kitchen craft, the kind of stuff that makes this cook short-tempered.

It appears that cooked minced pork becomes a loose collection of little balls, each the size of two grains of rice.

These have the easy rolling action of the best Swedish ball bearings and, after the first bite, cascade merrily down the front of your khaki shirt. So to stop this unwanted side-effect I added some mayonnaise while cooking. I assumed this would make it sticky.

The assumption was correct, up to a point. It was sticky but not structurally sticky. Instead, it was messily sticky, exploding out of the roll on first bite and leaving a tasteful avalanche of detritus down my shirt front.

Bloody hell, I thought. What next? Maybe some reduced tomato sauce? Version three was back on the hob, minced pork coming along nicely.

I added some tomato sauce that bubbled up and tried to get out of the pan. When it had thickened up nicely, I assembled the Springbok version of a Bahn Mi, picked it up firmly by the middle and took an exploratory bite.

There was a muffled sqooshy noise and the rear of the bun blew off, pork and sauce running cheerfully down my arm.

It was time to speak to someone who really knew what they were doing in the kitchen. So I told Jenny, my wife, about the unresolved problem of stuffing a roll with minced pork. “It needs a container,” she said.

As an afterthought she added, “Isn’t boerewors a nice mix of pork and beef?”

So, to hell with Bahn Mi.

Here’s the South African response, the hero of millions of braais and uncountable pavement-based small enterprises: the boerwors roll. Perfection like this demands no improvement.