Feeling stuck in life is awful. It is demoralising, makes you unproductive, leaves you feeling gloomy about the future, and the longer you remain stuck the more difficult it becomes to escape. 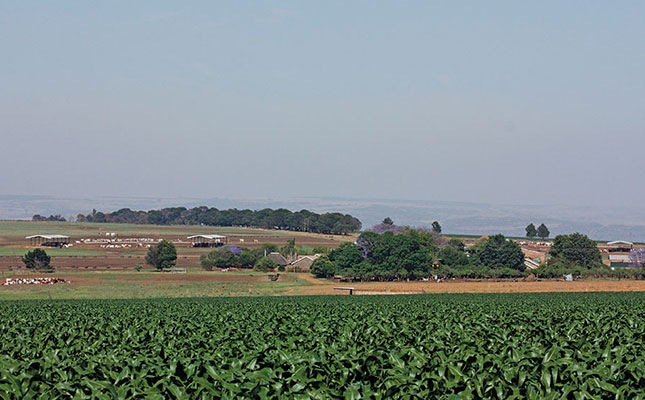 So sometimes, in order to get unstuck, you have to stop worrying too much about whether or not you are taking a step in the right direction just so that you can take some sort of action that gets you moving again.

If it takes a misstep to get you out of a rut, the mistake might have been worthwhile.

There are many proposals contained in the final report by the Expert Advisory Panel on Land Reform and Agriculture, published for public comment recently, that are problematic, or even somewhat out of touch with the economic realities facing South Africa.

The report underemphasises the extent to which corruption and government’s ineptitude contributed to the slow progress made with land reform. In fact, the process has undergone more than a slowdown.

Ever since the former Department of Rural Development and Land Reform reopened the land claims process, it has become desperately stuck.

The panel’s vehement support for proposed amendments to the Constitution to broaden the state’s powers to expropriate land without compensation is also of concern, as this will undermine private property rights in South Africa.

But as Dr John Purchase, CEO of Agbiz, remarked, the report, whatever its shortcomings may be, and despite its more controversial proposals, takes the debate on sustainable land reform forward.

Dan Kriek, president of Agri SA and one of the members of the advisory panel, who, with fellow panel member Nick Serfontein, published an alternative report to the advisory panel’s, said that the panel tried, but failed, to strike a balance between social justice, human development and economic prosperity.

Those proposals that the advisory panel could not reach consensus on included expropriation without compensation, a moratorium on evictions of farmworkers and other people living on farms, insufficient focus on economic realities, a proposal on a land tax to be paid by farm owners, and several proposals related to the formula for determining compensation to be paid when the state acquires land.

Generally, I found the panel’s report very descriptive about how agriculture should contribute to land reform, but it was significantly more vague on suggesting incentives for role players’ participation.

Or is the incentive more a case of ‘give it or lose it’?