In theory, South Africa has strong laws to protect the property ownership and inheritance rights of all women. However, a 2018 study conducted by Bongi Owusu for her master’s dissertation in social science at the University of KwaZulu-Natal found that these laws are often not implemented in rural Zulu-speaking communities. She explains how this prejudices widows in particular. 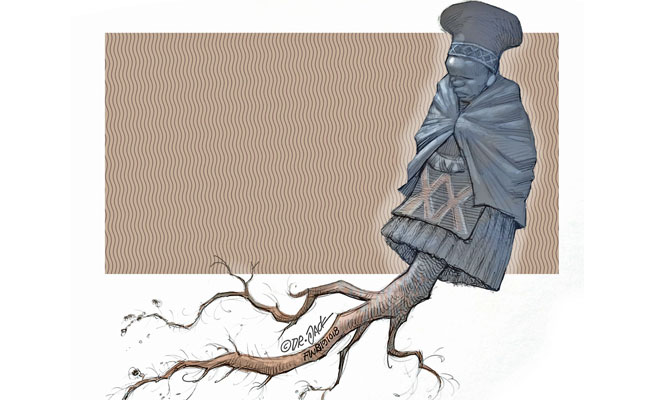 When a Zulu woman’s husband dies, she is relegated to sitting quietly on a mattress in the corner of a room while other people are allowed to help themselves to her late spouse’s land and other possessions.

Moreover, for cultural reasons, she is not permitted to work the land for six months after her spouse’s death. This means that if her husband dies during the annual planting season, her food security and that of her direct dependants is threatened.

I discovered these facts as part of my research into the gendered politics in the inheritance of land and other property by Zulu widows in KwaZulu-Natal. My research critically analysed the constitutional conflicts involved in land inheritance for women in general, and zoomed into numerous discriminations and abuse that widowed women are exposed to.

My study also looked at how the Department of Agriculture, Land Reform and Rural Development (agriculture department) partners with other stakeholders in ensuring that land reform programmes are gendered and equitably shared between both men and women as enshrined in the South African Constitution of 1996, the Freedom Charter of 1955, and national land reform policies.

Even though the Bill of Rights chapter of South Africa’s Constitution clearly states that no person may be discriminated against for reasons of race, gender or religion, my research found that, in many rural areas, local customary laws take precedence over the Constitution.

It is as if the traditional leaders are unaware the Constitution exists. While some do know of anti-discrimination laws, for political reasons they choose not to implement them amongst their subjects.

I learnt that some traditional leaders choose to ignore the Constitution because they say they were not consulted when it was drafted and that their leadership was therefore ignored and undermined.

In these areas, most traditional leaders, as custodians of customary laws and culture, have normalised discrimination against widowed women in terms of land and other property inheritance and ownership, and this gendered supremacy has a negative impact on the livelihood of women soon after their husbands pass away.

Women are seen as being incapable of looking after themselves once their husbands, or in the case of unmarried women, their fathers, have died.

For this reason, the male relatives of these Zulu women are allowed by culture to take ownership of the land and other possessions that belonged to their late husbands or fathers.

The women affected by these practices are not allowed to report this dispossession of property, which is rightfully theirs in terms of the South African Constitution and other national laws, to their typically male-dominated traditional leadership.

In fact, a Zulu widow is not even allowed to enter the chambers of the traditional leadership, as she is considered to be a bad omen. Until she is cleansed by means of traditional belief practices, she is vulnerable to being treated as almost a non-entity by her relatives, even by her male children.

My in-depth interviews with Zulu widows found that some had chosen to run away to their maternal homes because their late husband’s relatives considered them to now be their property to use and, often, abuse as they saw fit.

Yet, in many cases, a Zulu widow was told by her maternal family to return to her husband’s relatives as they had paid lobola (bride price).

This leaves her with nowhere to go, exacerbating her non-entity status and poverty within her community. Often, her only alternative for survival is to accept being forced into marrying one of her late husband’s brothers.

The hegemony of traditional practices and culture over the South African Constitution conflicts with any attempts by government to assist communities with rural development.

My research also found that, in some other African countries, there are still statutory laws that prohibit women from owning land.

The state is failing Zulu widows
The discrimination against Zulu widows in terms of their ownership of land and other property is exacerbated by the fact that many government departments tasked with implementing the requirements of the Constitution and with rural development legislation operate in silos.

For example, while the former Department of Rural Development and Land Reform would try to implement its poverty alleviation programmes in rural KwaZulu-Natal, the Department of Justice and Constitutional Development would not be present to ensure that the rights of Zulu widows were protected and they would benefit from these programmes.

Disturbingly, a 2015 report by the Department of Women, titled ‘The Economic Status of Women in the South African Economy’, found that women had little formal presence in the national economy. It also found that many South African women do not own land, even land they diligently work for most days in the year.

I have come to hate the saying ‘Poverty has a woman’s face’ (by Pakistani human and gender rights activist Tahira Abdullah). Poverty should not have a woman’s face; people need to work together to ensure that we fight all obstacles hindering women from becoming commercial farmers like their male counterparts.

It is high time that the South African government and its departments begin strongly enforcing and monitoring the ongoing enforcement of the Constitution, and of policies and laws pertaining to the equal rights of all women in the country. This is especially relevant to all women’s ownership of land and other property.

Equal roles in drafting policies
The agriculture department’s agri-parks programme is aimed at empowering black farmers. But where are the women in this value chain? There should be more meaningful participation by women, specifically those living in rural areas, in South Africa’s agriculture value chain.

Key stakeholders, especially government departments, must work hand in hand with the Department of Justice and Constitutional Development, the Department of Co-operative Governance and Traditional Affairs, and the Ingonyama Trust Board (which manages all land under the traditional leadership of Zulu King Goodwill Zwelithini) to cement the equal property ownership rights of women.

There should also be a review of the policies that are supposed to enforce these rights for Zulu widows and other women. Women must be given a meaningful voice in the review of these policies so that they are protected.

South Africa’s government must also implement effective programmes to create awareness among men and women of the importance of husbands creating wills that clearly ensure that their wives have legal entitlement to all of a husband’s land and other property should the husband die first. – Lloyd Phillps

This article was transcribed and edited from a presentation given by Owusu at the 2019 Ukulinga Howard Davis Memorial Symposium in Pietermaritzburg, KwaZulu-Natal, held on 20 and 21 August 2019. 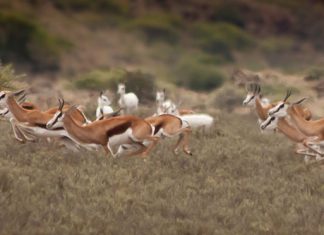 April 1, 2020
Biltong hunting has formed an important part of the South African way of life for hundreds of years.