Food should not be cheap. It should be valued and appreciated because of the scarce resources used during the production process, and because of the effort and risk taken to produce it.

Yes, food should be affordable, but the price of food items is only one of many factors that determines the affordability of food.

One in four people in South Africa is unemployed, and this figure does not take into account the discouraged who have given up searching for a job. Without the ability to earn an income, the price of food almost becomes irrelevant – any price would be too high.

We should also consider the purchasing power of the rand, especially in the current drought scenario where we will have to import large volumes of food staples.

Even our dietary preferences can determine how affordable we perceive our food basket to be. But to blame farmers for the recent rise in food prices is completely misguided.

The minister rightly said that these high food prices had a negative impact on poor households. But then he appealed to producers and retailers, saying that the “situation shouldn’t be unduly exploited for maximising profits”.

Implying that farmers would use the drought as an excuse to inflate food prices is far-fetched and insensitive. Many farmers are struggling to keep their businesses afloat because of the impact of the drought, and the response from government to support these farmers has been lukewarm at best. Farmers are price-takers and at the mercy of the market forces of supply and demand.

In this week’s issue of Farmer’s Weekly, Dr André Jooste, CEO of Potatoes SA, exposes the myth that farmers “make huge profits”. According to Jooste, farmers earn a return on investment of between 5% and 7% on average.

There is no doubt that the increase in food prices will have disastrous consequences for many South Africans, and if government really wants to address this looming crisis, it should reconsider the interventions it has taken to ease food price inflation.

Providing input cost support to farmers in the form of subsidised electricity or fuel, for example, would be one step in the right direction.

To find solutions to the long-term challenge of food affordability, South Africa needs to work its way out of the economic whirlpool it finds itself in, so that the economy can grow and create employment opportunities. 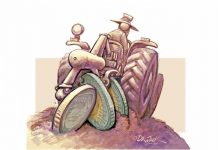 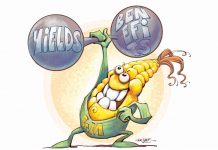