Home » Opinion » By Invitation » Use them or lose them: Why hunting is key to conservation

South Africa is world-renowned for its biodiversity conservation and resultant variety of wildlife. However, public opinion is often divided on the subject of wildlife utilisation. Dr George Hughes, former chief director of the Natal Parks Board and CEO of its successor, Ezemvelo KwaZulu-Natal Wildlife before retiring in 2001, explains why sustainable wildlife utilisation is essential for biodiversity conservation. 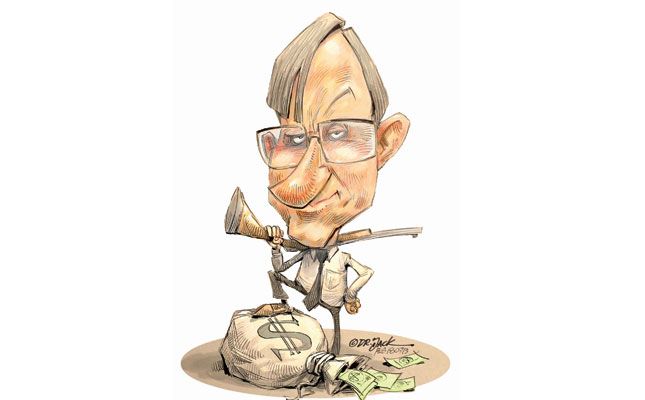 The Constitution of the Republic of South Africa requires that our natural resources be used in a manner that is sustainable and will not rob future generations of the benefits that can be derived from them.

In the case of the wildlife of Southern Africa, indeed nearly that of all Africa, 250 out of the 350 years since the arrival of the colonial powers saw the exact opposite of what our Constitution requires.

By 1900, three large mammal species had been driven into extinction and every other large mammal of any consequence or use had been reduced to minuscule remnants from which no economic or aesthetic benefit could be further derived. All were on the verge of extinction.

Turning the tide on wildlife depletion
By the end of the 19th century, however, we in South Africa already had visionaries who were conscious of the tragically mismanaged wildlife resources, and had taken dramatic and unpopular decisions to safeguard what was left.

In the then Colony of Natal, the first protected areas for wildlife in South Africa were promulgated in 1895, followed in the Transvaal Republic by Sabi Game Reserve (now Kruger National Park) in 1898.

From then onwards, until the 1950s, a painstakingly slow recovery of the decimated wildlife populations took place within those and additional protected areas.

By the time I joined the then Natal Parks Board in 1961, the wildlife managers of the day had begun to realise that some species, in certain protected areas, had reached, or were nearing, a carrying capacity beyond which predictable damage to the habitat could be experienced.

A decision was taken to remove thousands of animals, firstly by shooting, which proved an inadequate solution, and secondly by live removal for translocation to other protected areas and subsequent sale.

The wildlife managers of South Africa became world-famous for many of the programmes undertaken to restore large mammal populations.

The success of the rhinoceros campaigns is perhaps the most dramatic, but these were no more important from a biodiversity conservation standpoint than the restoration of viable populations of buffalo, impala, hartebeest and eland.

Reaping the rewards of SA’s wildlife bounty
This phenomenon of wildlife resurgence has created the skills and the tools to manage wildlife on an industrial scale. The arrival of democracy in South Africa gave enormous impetus to our tourism industry and the wildlife component is undoubtedly the jewel in the crown.

Tourism brings billions of rand to the country annually and is growing apace. The private sector has responded magnificently to the challenge, and more and more land is being converted from marginal commercial farming to profitable wildlife areas.

The formal protected areas continue to make available surplus game for stocking new areas, and the success of private sector participation in wildlife management has seen remarkable growth in the numbers of many species.

It is a sobering fact that nearly 30% of the world’s rhinos are now owned by South Africa’s private sector alone.

Hunting of surplus game has brought billions of rand into our country, and domestic consumption of meat and other by-products of large mammals (and reptiles such as crocodiles) contributes significantly to the economy and creates both direct and indirect employment.

Emotions threaten the future of biodiversity conservation
Considering all this, I find it both distressing and surprising that there appears to be little general appreciation of the achievements of the country’s conservation bodies. Indeed, we seem to spend a great deal of time being criticised because of these successes.

Serious abuse is hurled at the private sector, which has invested both time and money in rebuilding large mammal populations on private land. Negative attitudes towards hunting and wildlife cropping abound.

To make matters worse, great confusion is sown through the media, with little understanding being demonstrated of the difference between legal and justifiable hunting and, for example, the illegal poaching currently ravaging our rhino populations.

South Africa’s wildlife managers have every legal and moral right to use the restored wildlife populations for the benefit of this country. The private sector, especially, is perfectly entitled to beneficiate its investments in wildlife and should be seen as a credit to its staff and the country as a whole.

Rhino poaching: a case in point
South Africa is fighting, at enormous financial cost and economic damage to the country, a poaching war that has seen our restored rhino populations being decimated for their horns.

It is possible to win this war, not by throwing more guns and high-tech equipment at the problem, but by legally supplying the market with rhino horn. This could be done without deliberately killing a single rhinoceros.

Problems have arisen as a result of the globalisation of wildlife conservation and the growth of a plethora of NGOs, many with specialised interests and assisted by the skilful use of social media to spread their own brand of evangelical ‘conservation’.

Many such bodies are totally opposed to the use of wildlife in any shape or form for the benefit of humankind. To such groups, the sustainable use of larger mammals such as the elephant or rhinoceros is morally unacceptable. Rather than using surplus animals for legal hunting, protein or products, they would see the prevention of surpluses through artificial contraception.

Capitalising on successful wildlife conservation
To most professional managers of wildlife,who know that successful conservation produces surplus numbers of all species, this is a strange and unexpected set of outcomes.

To us, legal cropping and hunting are not morally indefensible, but a logical outcome of a century of hard work to prevent the extinction of our wildlife.

To those of us who have worked in the conservation field, it is anathema when animals, especially wild animals, are abused or overexploited for profit alone, and such practices are to be utterly condemned.

Such actions should never be confused, or allowed to be confused, with the legal beneficiation of wildlife resources that are the product of lawful and ethical endeavours.