Dr Rutendo Hwindingwi, also known as the ‘African Realist’, spoke to Glenneis Kriel about the opportunities and pitfalls of doing business in Africa.

Tell me about your background.

I was born in Zimbabwe, and have done business in over 20 African countries over the past two decades. My doctoral thesis concerned the impact of institutional factors on strategies employed by multinationals venturing into the continent. My passion is to see Africans capitalise on opportunities on the continent.

Over the past decade, there has been a lot of hype about business opportunities in Africa. Why?

The population is expected to double to two billion people by 2030, which implies a huge consumption base for industrialised countries wanting to push their products onto growing markets.

Where the majority of developed countries are struggling with aging populations, Africa is dominated by young people. Besides this, the continent has vast amounts of underdeveloped resources. This, in combination with the labour offering, is attracting large investments from Europe, the US and China.

The business environment in Africa has also become more accommodating. Technology, for example, has made significant inroads, allowing the continent to leapfrog over many challenges such as health, inclusive banking, education, and agriculture.

Despite this, investor hype seems to have died down over the past few years. What happened?

Africa is still plagued with corruption on individual and institutional levels. Peace and stability are lacking in key countries, such as the Democratic Republic of the Congo (DRC) and Nigeria.

In Zimbabwe, a new era has dawned, but economically the country is still far from seeing the light, whereas ‘Ramaphoria’ in South Africa is disintegrating in the wake of state capture. New presidents, such as Paul Kagame of Rwanda and João Lourenço of Angola, bring some hope, but this is not enough. Instability has a serious impact on investor confidence.

What are the medium to long term outlooks for business in Africa?

In the short term, leadership, peace and stability will be key factors. Long-term initiatives, such as the African Continental Free Trade Agreement, will see the unlocking of trillions of dollars if implemented correctly. The 2017 Global Innovation report has identified agriculture as one of the leading areas of innovation.

Africa is poised to capitalise on this through the Fourth Industrial Revolution, and is one of the only continents that still offers opportunities for production improvement and expansion. Prospective investors should also embrace technology, as it will become a key differentiator.

Which countries present the biggest business opportunities and why?

East Africa continues to attract significant foreign investment, with countries such as Ethiopia opening for manufacturing in fields such as agro-processing, pharmaceuticals, and leather, amongst others.

In Southern Africa, South Africa is still the strongest economy, but economic growth has been stunted by corruption and political uncertainty. Mozambique, with its opportunities in gas, is attracting huge interest from multinational corporations.

In West Africa, Nigeria has a huge market, but is still trying to avoid depending on the oil economy. Ghana is building its capacity to play on the global market, with Google developing the first artificial intelligence centre in Africa there. In North Africa, the big players continue to be Egypt, Algeria, Tunisia and Morocco, with oil and population size being their biggest attractions.

Which countries are high risk? Why?

The easiest way to determine the risk of a country is to look at political stability and civil war. Currently, there are many African countries involved in war, or experiencing post-war conflict and tension.

These countries include the Ivory Coast, Guinea, Liberia, Nigeria, Sierra Leone, Togo, Eritrea, Ethiopia, Somalia, Sudan, Uganda, Burundi, the DRC, Rwanda, Algeria, Angola and, to an extent, Zimbabwe. Health is another deterrent, as is the case with Ebola in the DRC.

What is the role of agriculture in Africa’s prosperity?

Agriculture is key; it not only brings food to the table, but is also a major source of income and employment. Agriculture needs land and natural resources, all of which are abundant in Africa.

The arrival of new technology, such as hydroponics, improved genetics, precision farming equipment, smart phones, drone technology and so forth all promise to revolutionise agricultural production on the continent.

Where do you see the biggest gaps in the African market for South African agripreneurs and farmers?

The major gap is expert knowledge, especially when it comes to advanced scientific and technical knowledge. Zimbabwe is an example of this: farmers were forced out and then became successful in Nigeria and Zambia because of their farming knowledge. However, other countries, such as South Sudan, have significant arable land and are providing incentives for farmers to come and invest.

What should investors take into consideration when deciding where to invest? 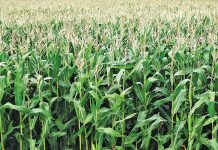 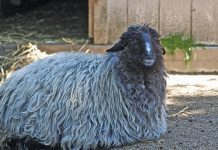 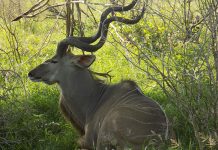