The Fendt tractor brand is relatively unknown in South Africa. The only enthusiast that I know of is Manfred Wild, formerly of the Tala Valley in KwaZulu-Natal, who has farmed vegetable crops with Fendt Tool Carrier models. Fendt is one of the market leaders in Germany where it has more than 17% of the market.

The Fendt tractor brand is relatively unknown in South Africa. The only enthusiast that I know of is Manfred Wild, formerly of the Tala Valley in KwaZulu-Natal, who has farmed vegetable crops with Fendt Tool Carrier models. Fendt is one of the market leaders in Germany where it has more than 17% of the market.

Now part of AGCO, Fendt has been producing tractors with stepless variable transmissions since 1995. Since then the Vario system has proved itself as an effective and economical transmission. Last year 71% of all Fendt customers chose Vario models, a rising trend over the years. Vario’s success story began in 1995 with the world premiere of the Fendt 926 Vario at the Agritechnica in Hanover, Germany, the leading European trade fair for agricultural machinery. Soon thereafter, even sceptics were convinced of the advantages of the new transmission. “Its operating comfort is unparalleled and it significantly increases productivity. The efficiency of the Vario transmission is also excellent”, concluded the DLG (German Agricultural Society) testing station at that time. Vario operators no longer had to think about which ratio was the right one at which time. Heads and hands remained free, and with rising fuel costs, the low fuel consumption was an important factor. Fendt Vario sales started to increase.

The 10 000th Vario rolled off the assembly line in April 2001, and two years later the Dutch agricultural contractors Christ and Bart Post received the 30 000th Vario. These tractors have been regular winners in comparison tests and have received important awards. The Vario transmission was originally reserved for the larger and more powerful models in the 400, 700, 800 and 900 series. Now this technology has moved into the Fendt tractors in the medium horsepower class. An example is the 300 Vario with up to 94kW, which was added to the model line-up in September 2006. The acceptance of the 300 Varios in the marketplace proves that increasing numbers of customers in this horsepower class want to take advantage of the benefits of Vario technology. This was reason enough for AGCO Fendt to present the model range at this year’s SIMA, the leading trade fair for agricultural equipment in Paris, France.

Today, Vario is a synonym for stepless drive technology for tractors. It is a tractor concept that has already proven its superiority in many 100 000 operating hours. Experts agree that it seems inevitable that this excellent system will eventually be seen on other brands in the AGCO stable such as Massey Ferguson and Valtra. – Joe Spencer For more information visit the Fendt tractors website www.fendt.com. |fw 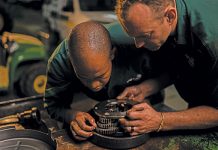 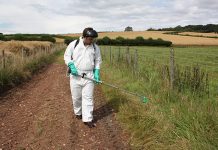 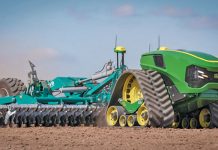 The race to commercialise the first driverless tractor