Is it possible to combine the best traits of the Brahman, Angus, Simmentaler and Boran? Eastern Cape farmer Johannes Norval thinks so. Mike Burgess spoke to him about his idea to develop this unique breed and his future prospects.

Johannes Norval (50) is well on his way to developing a unique private beef breeding endeavour – Winterberger cattle. He farms on adjoining farms Stillerus and Morven, totalling 675ha, situated between the bushveld north of Adelaide and the high Winterberg. Local farmers suggested that he call his new breed the Johannesberger but he preferred the Winterberger. The breed is based on genetics from four of arguably the most influential beef breeds in South Africa.

“It’s my own hobby or my own stubbornness, because I don’t want to accept the composition of other synthetics,’’ he says. “I want to create my own breed and brand. I think it will work because each of the four breeds has proved itself.’’

A core principle of the Winterberger breeding programme has been the focus on developing a genetic prototype that can consistently breed quality weaners with good conformation and feed conversion capabilities. Johannes explains that medium-framed females have to be fertile with enough milk to wean good calves.

Johannes Norval has been developing the synthetic Winterberger breed from Simmentaler, Angus, Boran and Brahman genetics in a breeding programme dating back to 2008.

The Winterberger must be polled, hardy and adaptable with the ability to walk and graze on rugged terrain. A smooth coat and a resistance to tick-borne diseases are also non-negotiable.

In addition, it’s always been important to Johannes that the Winterberger be a red animal with good pigmentation, but he was never willing to select for these traits at the expense of conformation. He is delighted in the Winterberger-type offspring born over the past few years.

“Between 80% and 90% of the calves are red and poenskop [polled] with pigment,” he says. “I am indeed pleased that the percentage is so high.’’

Johannes knows the future of Three Rivers Winterbergers will be defined by how commercial and stud breeders perceive their genetic worth. “The breed will be made or broken by the willingness of local cattlemen to buy my bulls. That is what it is all about,” he says.

“What more can we say? It’s an all-inclusive breed, not as exclusive as most other synthetic breeds,” says Johannes. – Mike Burgess 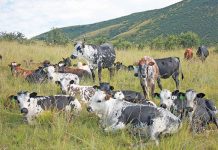 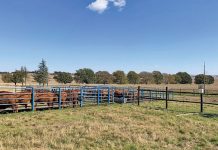