Drawing on his own experience, as well as the work of agri writer Simon Fiske, top rose farmer Ludwig Taschner offers an interesting take on why land reform projects fail. 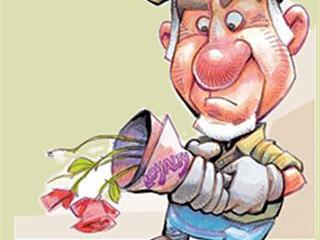 Why do so many empowerment projects fail? That question is being asked over and over again. I believe Simon Fiske, free market champion, who for many years wrote the column ‘Ploughing a Furrow’ for Farmer’s Weekly, has gone some way in answering this question.

In his columns Fiske explored the values and mores (accepted customs and morally binding views of a social group) people bring to any debate. He warns that ignoring societal and cultural differences dooms us to failed attempts at co-operation and economic advancement.

Israelis lead the way
My own experience leads me to agree with him. In 1980 I spent time investigating the cut rose industry in Israel. At that stage there were only two South African growers exporting fresh cut roses to Europe off a total of 20ha. Back then, a 10ha unit was regarded as big anywhere in the world. Israel had discovered that the intensive growing of cut roses in plastic-covered greenhouses could not be mastered on a big scale in its kibbutzim. Focus was switched to the moshav system.

A moshav is a settlement of like-minded people (moshavniks) farming privately on land supplied by the state. The government provides the financing, which is handled by the moshavniks. The extension officer decides which type of greenhouse to erect, which irrigation system to use, and the varieties of roses or other flowers (or vegetables) to grow, in order to ensure a good mix for bulk exporting.

At the moshav I visited, bunched flowers were collected daily and taken to the main packing house near Tel Aviv airport. Every grower was given a number, which was printed on the label attached to each bunch. This meant that any complaint received could be followed up. Growers could involve family members in this seven-day-a-week job. They would never get rich, but that wasn’t the point.

In a short time, Israel was producing about 400 million stems of cut roses a season in tunnels on 400ha every bit as good as those grown in 600ha of fancy glass greenhouses in the Netherlands. Israel remains a key player, albeit a small one, among the big league flower exporting countries, such as Ecuador, Columbia, Kenya and now also Ethiopia.

No takers
In co-operation with a company that specialised in building greenhouses, my company, Ludwig’s Roses, put together similar projects to be erected near townships in Gauteng and the Free State. Financing was in place, but there were no takers. Accepting responsibility without guarantees of a stable monthly income and no assurance of an unreasonably high profit was just not enticing enough.

Obviously, our aim wasn’t altruistic. We wanted to sell greenhouses and rose plants, but we also needed the project to succeed for these very reasons. White farmers in Zimbabwe filled the gap under difficult circumstances, and in a short time, they became major exporters of cut roses. Unfortunately today, there are very few of these rose growers up north still in business, but the point was made.

Opportunity knocks
Meanwhile, horticultural enterprises in various European countries have seen the possibility of producing cut flowers year-round in Africa, and invested heavily in countries with the right climate. That is, those near the equator, such as Kenya.
Thousands of hectares of plastic-cladded greenhouses have been erected and flowers are being produced and handled in fine factory-style. Job opportunities for many people have been created.

With the Fair Trade agreements in place, employees are being educated and looked after. More and more positions are filled with in-house educated supervisors and managers. Indeed, the attitudes and views of the local employees and their children, who live in villages on the company premises, undergo changes that see them eager to take on more responsibility, which will ultimately lead to greater personal freedom.

Loyalty counts
Back in SA, we have similar greenhouse projects producing flowers and vegetables. Black employees do the work, mostly very well. In his analysis of the mores of the varius population groups, Simon Fiske found that loyalty came first in a list of 10 qualities for the black worker group he interviewed. In my own experience, having arrived in SA 50 years ago with no preconceived ideas, I’ve worked with black men and women who have shown me incredible loyalty.

Many of my staff have risen to high positions according to their ability. My question is, should our family-run business be passed on to someone else, will the new owners be able to earn the loyalty of their workers or partners or will it become another failed empowerment project?

Loyalty has to be earned, through competence, fairness, broad-based honesty, rewarding initiative and caring. The government talks about land reform, re-capitalisation and support – but is it earning the loyalty of those it says it wants to help? Is it earning the respect of emerging farmers? I think a perusal of any issue of Farmer’s Weekly will answer that question.

Maybe issues of loyalty (and earning loyalty) as well as strong leadership worthy of loyalty, should be factored into new government projects… Or at the very least they should be taken into account by the mentors who are doing the real work. People farm because they really want to grow plants or keep animals, or they work for corporate farms who pay salaries in accordance with industry norms.

Contact Ludwig Taschner on 083 268 6448.
The views expressed in our weekly opinion piece do not necessarily reflect those of Farmer’s Weekly.