Although South Africa’s electricity prices are low by international standards, they are set to increase annually by 8% over five years. Gregor Kuepper, managing director of SolarWorld Africa, believes that solar energy will be crucial to meeting our energy needs.

South Africans have for some time enjoyed what is probably the lowest electricity price per kilowatt hour (kWh) in the world.

Nevertheless, in 2008, this trend took a hairpin bend in response to severe power supply shortages. Eskom embarked on a vigorous programme to increase power generation capacity, and electricity prices increased by 78% in real terms between 2008 and 2011.

And on 28 February last year, the National Energy Regulator of South Africa (Nersa) announced that electricity tariffs would increase by 8% per annum for the next five years.

Despite this, they do not yet reflect the full economic cost of supplying power. It can be argued that electricity prices will continue to rise towards ‘cost-reflective’ levels so that a recurrence of the costly over-investment in generation capacity in the late 1980s and the current supply shortages can be avoided.

Tried and tested for 60 years
Solar or photovoltaic technology has been around since the 1950s and is a proven technology.

Crystalline silicon (of which a solar module or panel is made) is the most common resource on the planet. The success of the German solar industry in the 1990s can attest to the effectiveness of this technology in solving energy problems, in particular for the agricultural sector.

Solar electricity systems are decentralised, easy, quick to install, and almost maintenance-free, and these advantages led to their fast roll-out.

The financial model is based on a feed-in tariff for electricity being fed back into the grid, and many farmers becoming power producers. The green aspect of solar power – carbon emission savings – was an additional argument in its favour.

Here in South Africa, the deployment of photovoltaic technology is not supported by feed-in tariffs, but it is also not needed.

Rising energy costs make the immediate use of solar power viable. In addition, the benefits of green electricity are well accepted by national and international clients and the consumer.

But if someone wants to market the eco-friendly aspect of his solar system, it is important that the product is produced in the most eco-friendly way and follows top standards.

Off-grid savings
Apart from a paralysing increase in electricity prices, there are other factors that farmers face. One of the most crucial in this country are the challenges of farming in remote areas, especially of maintaining a continuous power supply for irrigation.

Here an off-grid solar system can make a real difference. Compared with the cost of having an Eskom transmission line laid, it is more beneficial to have an off-grid system installed in areas where, for example, water pumping is required but no electricity can be transmitted.

If a farmer changes from a diesel generator to solar electricity, he can save from the first kWh produced, over the minimum 25 years that a solar module guarantees performance.

In these applications, the user is unaffected by rising fuel costs. An off-grid system is thus the ideal alternative.

Consumers worldwide are demanding that products have a lower carbon footprint.

Typically, a carbon footprint is calculated by estimating not just the CO2 emissions that the activity in question causes, but also emissions of other greenhouse gases, such as methane and nitrous oxide, and in some cases, the impact of factors such as the vapour trails of airliners.

For simplicity, all these impacts are added together and expressed as a single number in terms of carbon dioxide equivalent (CO2e): the amount of CO2 that would create the same amount of warming.

All farming activities release carbon dioxide and specific industries require proof of efforts to reduce this, such as the deployment of energy-efficient equipment and renewable energy generation.

And the consumer has more of a choice and is more educated than before. Eskom sent out a warning on 8 July 2013 that delays to the new Medupi power station would mean that the first unit would be connected to the grid only during the second half of 2014, which will translate into future power outages in the first half of the year.

Planning ahead
If South Africa’s planning is anything to go by, the planned outages will be worse than originally estimated and the cost far greater than expected.

In a recent interview with Francois Malan, managing director of Ceres Fruit Growers, which installed what is still the largest rooftop installation in Africa, the major reason influencing its decision to install a renewable energy solution of this size was to fix a part of their electricity costs when faced with expected electricity tariff increases in the future.

“We purchase our electricity from the local municipality, which is supplied by Eskom. However, the individual tariff increases by Eskom and the municipality suggest an average increase of at least 11% for our business.

Taking into account the fact that our operations consume approximately 29 700MWh of electricity annually, this will result in considerable savings for us,” he said.

Municipalities may want to consider allowing feed into the grid. The eThekwini and Nelson Mandela municipalities are the first pioneers to allow grid feed-in. This is the way forward; other municipalities should be encouraged to follow suit.

The success of the German solar industry is not only due to the renewable energy feed-in tariff (REFIT) which the government agreed upon, but also to the fact that there are highly trained individuals qualified to design and install solar power systems according to the client’s requirements.

This is where South Africa is lacking. There are far too many “bakkie-brigade” types out there claiming to know how to install solar and then doing so incorrectly, leaving a bitter taste and empty wallets amongst end-consumers. With careful research, it is possible, however, to find the right partner with a proven track record.

Lastly, large financial institutions should provide financing at reduced rates to support the integration of solar power supply into the commercial sector.

Instead of first focusing on establishing manufacturing capacity in South Africa, government should support affordable financing solutions for solar power systems. By investing in high-quality solar technology, it’s possible for a farmer to fix his costs for the next 25 years or more. – Annelie Coleman 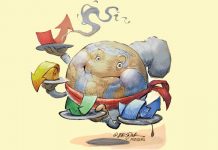 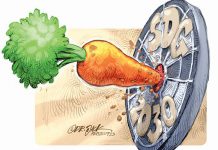 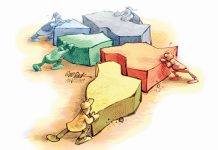