Researchers at the University of Surrey examined the iodine content of 47 dairy substitute drinks – including those containing soya, almond, coconut, oat, rice, hazelnut and hemp – excluding those marketed specifically for infants and children – and compared it with that of cows’ milk.

In a report on the study in the British Journal of Nutrition, the researchers said that the majority of dairy substitute or milk-alternative drinks contained iodine concentration levels of about 2% of that found in cows’ milk.

According to the report, iodine is required to produce thyroid hormones, and is particularly important during pregnancy as it is essential for foetal brain development.

Previous research at university found that low iodine levels in pregnant mothers was linked to lower IQ and reading scores in their children up to age nine.

“Many people are unaware of the need for this vital dietary mineral and it is important that people who consume milk-alternative drinks realise that they will not be replacing the iodine [found in] cows’ milk,” Margaret Rayman, professor of nutritional medicine, said in a statement.

A glass of a milk-alternative drink only provides about 2mcg of iodine, a small proportion of the adult recommended iodine intake of 150mcg/day. In pregnancy, that recommendation goes up to 200mcg/day, she said.

Sarah Bath, lecturer in public health nutrition at the university said: “If avoiding milk and dairy products, consumers need to ensure that they get iodine from other dietary sources.” 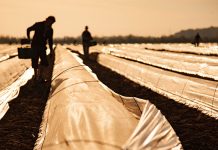 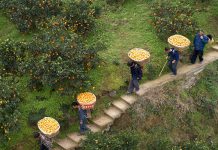 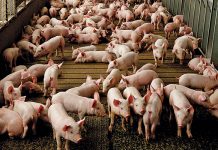