Home Blog Letter from the editor When the hungry steal food

About seven or eight years ago, I interviewed a farmer who produced vegetables on a farm in Philippi in Cape Town. The area was and still is one of the main suppliers of fresh vegetables to the Cape Town area.

However, due to the area’s close proximity to informal settlements, farmers were plagued by crime that varied from minor, petty thievery of a couple of heads of cabbage, to major problems such as house break-ins and the theft and destruction of farm infrastructure.

The problem with the petty theft, however, as the farmer explained to me, was that a large number of small incidents added up over the course of a season to a very large loss for the farmer.

Thieves might only have been stealing one or two bags of cabbages per night, but over a month these losses added to tens of thousands of rand worth of losses for the farmer.

Over a season, this could add up to hundreds of thousands of rand.

The police were of little help, the farmer said, because while they responded whenever the farmer reported these cases, what were they supposed to do with a person who stole a couple of cabbages from a farmer?

Surely the law is not served by putting a hungry person who stole some cabbages in jail?

But then again, what justice is there for the farmer who ends up losing a significant portion of his/her income due to the compound effect of these incidences of petty crime?

I am not writing here about the major cases of theft that occur in many farming industries, or cases like the one, where looters stole R500 000 worth of meat from trucks that were transporting the goods.

Stock theft and the large-scale theft of grain, avocados, citrus and other high-value crops cost South African farmers billions of rand in losses every year.

And farmers’ associations have indicated that well-organised crime syndicates are behind many of the cases in which large volumes of livestock or produce are stolen.

The role of the justice system in these cases is clear; these acts are not committed out of need, but out of greed, and the law has to run its course.

My concern here is for those who commit and are affected by acts of desperation: hungry people who steal so that they and their families can eat, and the farmers who suffer losses as a consequence.

In some countries, this type of petty theft has been formally decriminalised (Italy, for example), and in many other countries (the US and South Africa), there have been calls from society to follow suit.

Roughly a quarter of South Africa’s population is food-insecure and this situation will only worsen as our unemployment figures rise and economic problems deepen.

Already, I am seeing more social media posts and getting more feedback from farmers that they have noticed an increase in vegetable crops being stolen from their lands.

Unfortunately, I can think of no short-term solutions to this problem. Ultimately, it can only be solved by finding solutions to the big challenges, such as unemployment and inequality, and I am not convinced that we have a government capable of making the hard decisions and doing the work necessary to ensure lasting change. 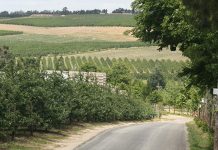 Use 2021 to prepare for tougher years to come 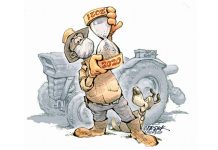