Jenna Robinson, Go to Market Manager for Husqvarna, looks at seven reasons why battery-powered machinery is making waves in the farming industry.

For the average South African man, battery-powered equipment might equate to alcohol-free beer; weak and expensive! But that myth’s been busted – to the applause of women, especially those in farming.

“There is so much evidence to validate the current move to battery power, particularly in agriculture, and especially for women,” explains Jenna Robinson, Go to Market Manager for Husqvarna.

Robinson says that whilst there is a massive range of battery-powered equipment on the market, there are three products (chainsaws, brush-cutters and pole saws) that are particularly helpful for farmers, and more specifically women farmers.

“Traditionally, most of this equipment has been operated by men but, with the advent of new technology, women are now also able to productively manage these tools as well. Right from starting the machine (no more arm-breaking pull-cords) to lifting it and using it effectively.”

Robinson offers seven reasons why she believes battery-powered equipment is better for all farmers:

“It’s the same with any new technology; first we baulk at it, then we’re weary of it, finally – we wonder how we ever lived without it! Early adopters of battery-powered equipment are already reaping the benefits and singing it’s praises. Join them; you won’t regret it!” Robinson concludes. 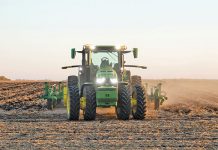 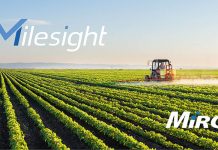 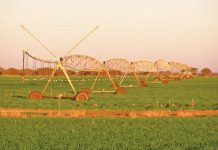