A number of autonomous agricultural machinery concepts have been revealed at international agricultural shows in recent years, and several are in the testing phase. The question is, when will this equipment become commercially available?

The greatest advantage of autonomous agricultural equipment is probably productivity. A less obvious benefit is that it largely eliminates the requirement for skilled operators.

With the shortage of skilled operators in agriculture, these people can be expensive to recruit.

Seasonality and low equipment utilisation during off-periods also mean that they are required for only a few months of the year, which further compounds the operator supply and demand conundrum.

One way in which equipment manufacturers have responded to these challenges is to invest in the development of the ‘driverless’ tractor.

Globally, agricultural shows are seeing a steep increase in displays of robotics and autonomous equipment, as seen at the recent AgriTechnica trade fair in Hanover, Germany.

To an outsider, agriculture might appear to be the ideal enviroment for autonomous machines, and one would expect development to be way ahead of any other sector. Yet this is not the case, as there are a number of unique challenges in agriculture.

Firstly, connectivity in rural areas is often inadequate. Secondly, agriculture has variables that farmers know all too well: soil composition can vary in a land, saturation can be a problem, and the weather constantly changes, so a balancing act is required.

All of this makes the autonomous tractor a dream project (or a nightmare) for an artificial-intelligence or machine-learning developer. The first to succeed will indeed be worthy of some recognition.

The newcomers
It’s interesting to see how many newcomers find an opportunity to enter the equipment market through an autonomous solution. In fact, it may be easier for these designers to arrive at solutions, as they have the freedom for more out-of-the box thinking than the design departments of existing manufacturers. For the latter, considerable adaptation is required.

As Tesla has proved, newcomers can circumvent years of legacy, built on brand awareness, reliability, support and customer satisfaction, to become a leading manufacturer almost overnight.

Most newcomers start small and set themselves up for investment to scale up their businesses.

The company was founded two years ago and shifted from drones to farm robotics. Its robot will have a number of plug-and-play attachments for weeding, spraying and mowing.

Through its start-up, Deepfield Robotics, Bosch is showing off its Bonirob weeding machine,
but believe it has a bigger role to play. The Bonirob assesses plants with multiple sensors,
and the data collected throughout the season can be used to speed up crop improvement programmes.

The Bonirob can also analyse soil to a depth of 80mm. With agriculture’s diminishing returns, any contribution to improving crop output and revenue will surely be welcomed.

The latest addition to John Deere’s fleet of concept autonomous machines looks very different to what has gone before. It is considered an original design due to the single-drive axle.

The implement interface is also entirely new, mainly because the axle of the implement serves as the tractor’s second axle, although it is not driven.

The tractor is powered by two electric motors, each delivering 250kW; one is dedicated to the driving axle and the other to the hydraulics and PTO.

Unfortunately, battery energy density is not yet high enough where sufficient energy can be stored in the machine.

The US Department of Energy has funded a programme to increase battery-specific density from the current 6% capacity of a comparable diesel machine to 11%. Even this improved figure is like having a diesel fuel tank that’s about one-tenth of the size of that fitted to a normal diesel tractor.

For testing purposes, the John Deere prototype tractor will be fed by a power cable until battery technology catches up.

We’ve already seen the Magnum autonomous concept and a number of New Holland, NHDrive machines in operation. These machines are largely based on their human-operated, diesel-powered peers. This approach gives farmers the option of using the machine in tasks not yet practically possible without an operator.

The robot swarm: For planting and weeding
AGCO, under its Fendt brand, is investing in a research programme named Xaver. The Xaver concept is based on multiple small robots that are allocated to a land with a task.

AGCO maintains that the traditional tractor is close to reaching its development limits and any further increase in capacity will have the negative effect of an increase in cost and compaction.

That said, although its 40kg Xaver robot and ‘swarm approach’ can perform tasks such as planting and weeding, they will not be able to replace the tractor completely.

Raven Industries’ DOT Autonomous Platform is one of the few machines about to become commercially available, although only to selected farmers in Canada and the US.

The DOT recently completed its trial season with positive feedback from farmers. This U-shaped, diesel-powered platform works with purpose-built tools in partnership with leading equipment manufacturers.

SeedMaster developed a seed drill to fit the platform, which seeded more than 2 000ha in the past season. The collaboration also delivered a row-crop planter.

New Leader developed a 16-section variable rate fertiliser spreader and Pattison came up with the Connect-Sprayer.

Rob Saik, CEO of DOT, claims that the implement basically does any work that is dull, dangerous or dirty.

Compared with a normal, similar-powered tractor, the DOT has very good hydraulic capacity and slightly lower weight on its wheels, but essentially it matches up quite well.

The wait continues
So, in answer to the question posed in my opening, it’s still uncertain when farmers can expect a solid offering on an autonomous machine.

Knowing the turnaround times on new developments by established companies, it seems that a viable autonomous system is still a few years away. It will be interesting to see which manufacturer delivers it first.

Stehan Cloete, a mechanical engineer, is the director of AgTech Africa. Email him at [email protected]. 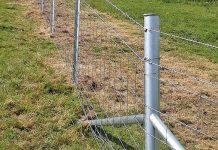 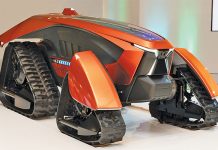 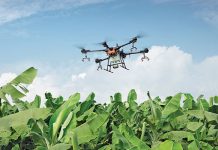